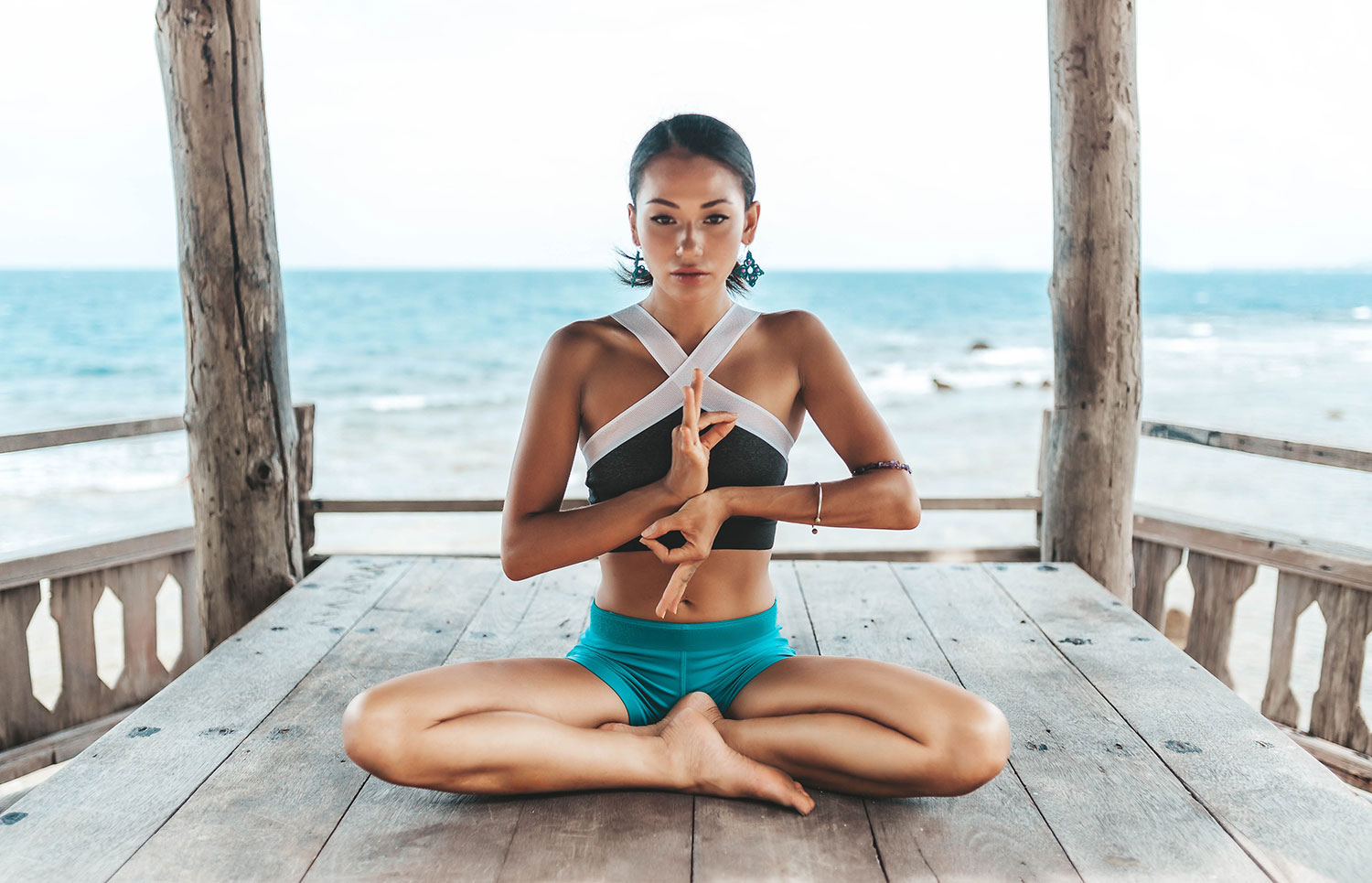 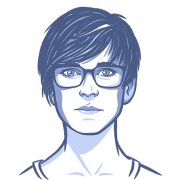 Catherine Perez is a celebrated yoga instructor in her home…

Is yoga a religion? This debate has existed for quite some time.

The ancient texts that guide the foundational teachings of yoga are derived from Patanjali’s The Yoga Sutras.

But his teachings are often interpreted differently by yoga practitioners.

Some practitioners find specific references to religious beliefs in these words. But others interpret the Yoga Sutras as non-denominational.

Patanjali indeed mentions a higher being by using the word “Iswara” which can mean “Lord” or that which is omnipotent.

But still, there is a lot of room for interpretation from both sides of the debate.

For the most part, the Yoga Sutras have defined a path of ethical living that encompasses respect for all.

It also includes one’s dedication to the discipline of yoga as a physical practice.

While there may be some overtly spiritual meanings behind Patanjuli’s words, yoga practitioners are not required to adhere to a particular faith or religious ritual.

So what are the arguments for yoga as a religion vs. yoga as a physical practice?

Yoga As a Religion

In the Yoga Sutras, there are moral and ethical codes for yogis to follow called the Yamas and Niyamas.

They are the first two steps within the Eight Limbs of Yoga.

These eight limbs are ultimately designed as a path towards enlightenment or “samadhi” which means “union with the Divine.”

The fifth and final Niyamas are called “Ishvara Pranidhana.”

This can be roughly translated as the contemplation of the Divine Being or one’s surrender to the absolute.

Bearing little room for interpretation, the Niyamas remind us that yoga’s foundational practice was meant to be purposefully spiritual.

But does that bear any significance on the way yoga is practiced today?

Gary Kraftsow, founder and director of the American Viniyoga Institute in Oakland, California, sat down for an interview with Yoga Journal to discuss this debate.

Kraftsow later asserts that modern-day yoga interpretations are largely secular, but feels it is important to recognize the religious and spiritual origins of the practice.

On the other hand, bhakti yoga is a branch of yoga that is not secular.

Bhakti yoga practitioners devote themselves to a personal form of God in their practice.

As a whole, it is considered a path to self-realization where one endeavors to experience the oneness of everything within their asana practice.

These spiritual findings used in bhakti yoga are quite easy to spot within asana styles, as many still retain elements of earlier spiritual meanings.

Sun Salutations are a common series of poses used in yoga designed to wake up the body.

But the series itself was created to greet Surya, the Hindu Sun God.

With origins that directly invoke Hindu deities, certain poses and postures within yoga cannot deny the spiritual and religious ties that continue to exist within the asana practice.

Regardless of whether practitioners imbue these spiritual connections within their asana practice, it is for this reason that yoga has become stigmatized within certain communities.

Dominantly Christian communities and environments have banned yoga for its close association with Hinduism.

Many Christian groups believe that Hinduism is dogmatic and corrupt.

They find the physical practice of yoga to be at odds with their Christian beliefs.

Others outside or within the Christian faith have found this reaction to be ignorant of the health benefits yoga has to offer. But it still begs the following questions:

Is yoga a spiritual experience if you’re not aware of what it stands for?

And at what point does yoga simply become a flow of physical poses?

Yoga As a Physical Practice

Nowadays, yoga is a common physical practice included in many different gym memberships.

Most yoga classes take place in gym studios that are far from presenting themselves as sacred spaces.

But the fact is that yoga is about breath control and holding the correct poses for most people.

It is a purely physical exercise for some.

Recently more people are beginning to recognize the health and well-being benefits that yoga has to offer all over the world.

But these people are hardly looking at yoga as a religion to devote themselves to.

It’s impossible to escape all forms of spirituality within yoga as it still promotes the mind-body connection. But many practitioners and teachers have found ways to dilute or remove most spiritual dimensions of yoga to make it accessible to people of all backgrounds.

Some may recall the use of Sanskrit terms as a direct correlation to yoga’s religious ties, but Sanskrit is a language, not a religion. It is more aligned with using Latin to describe ancient mythology.

Yoga and its Sanskrit terms have become monopolized as modern-day catchphrases.

Seeing pillows in stores with an embroidered “Namaste” is fairly easy to find.

The Western dilution of yoga’s spiritual meanings has made it a commodity that can be purchased. And that is why those committed to the spiritual roots and traditions of yoga are not happy with the direction it is taking.

In the early 2000s, a group of Indian-Americans created a campaign labeled “Take Back Yoga” to bring awareness to yoga’s faith and ancestral traditions.

The campaign was not asking yogis to devote themselves to Hinduism, but the movement became quickly misconstrued that way.

The simplistic debate of yoga as a religion ultimately marked their message as nationalistic and conservative.

Even now, the question remains of how these two ideologies can exist together.

So is Yoga a Religion or Not?

Ultimately, it depends on how you define religion for yourself.

In that same interview with Yoga Journal, Gary Kraftsow reflects that the origins of Hinduism, Buddhism, and yoga are Vedic, which predates what we understand as modern Hinduism.

He ultimately believes that “…although the sources of Hinduism and yoga are the same, yoga as a tradition predates the formulation of what modern Hindus think of as their religion.”

David Frawley, founder and director of the American Institute of Vedic Studies in Santa Fe, New Mexico, agrees with Kraftsow.

Frawley asserts that Western practices have become much more focused on asana practice than the spiritual teachings of yoga.

Therefore, it can have a different definition for different people.

In the end, yoga is such a broad term.

There are so many different styles and practices today, and some are more overtly spiritual than others. But that doesn’t change the relationship the individual has to yoga as a whole.

With so many interpretations, it’s important that there are a variety of yoga classes.

In this way, individuals can pick and choose what works for them.

Some classes involve chanting. Others are more vague and refer to cosmic energy or divine light. Some have no reference to spirituality at all.

And each type of practice and style is okay and valid. It ultimately depends on what works for the individual.

The one singularity amongst yoga practices is that sessions are often ended with a spoken “Namaste.”

But a lot of people don’t know that.

If they do, they can define “divine” for themselves as it encapsulates a whole universe of different meanings.

But if they don’t know the meaning of Namaste, perhaps there is no real harm done.

Deepak Chopra, an Indian-American author and alternative medicine advocate, has weighed in on this conversation many times. But his most concise answer is as follows:

“[Yoga] is not religion in the form of ideology, dogma, belief systems, or compliance; it’s a spiritual experience that gives us access to a universal domain of reality.”

The important word to note in his description is access.

Yoga is accessible as a spiritual form of being and as a physical form of exercise.

Yoga is. And who are we to claim ownership of what is accessible to all?

Catherine Perez is a celebrated yoga instructor in her home state of Connecticut, and she also happens to have a marvelous way with words. Her mindful writing technique is easy to digest and gives readers a unique opportunity to learn from a seasoned yogi.

How to Choose a Yoga Teacher...

Yoga Blankets: Your Guide to...