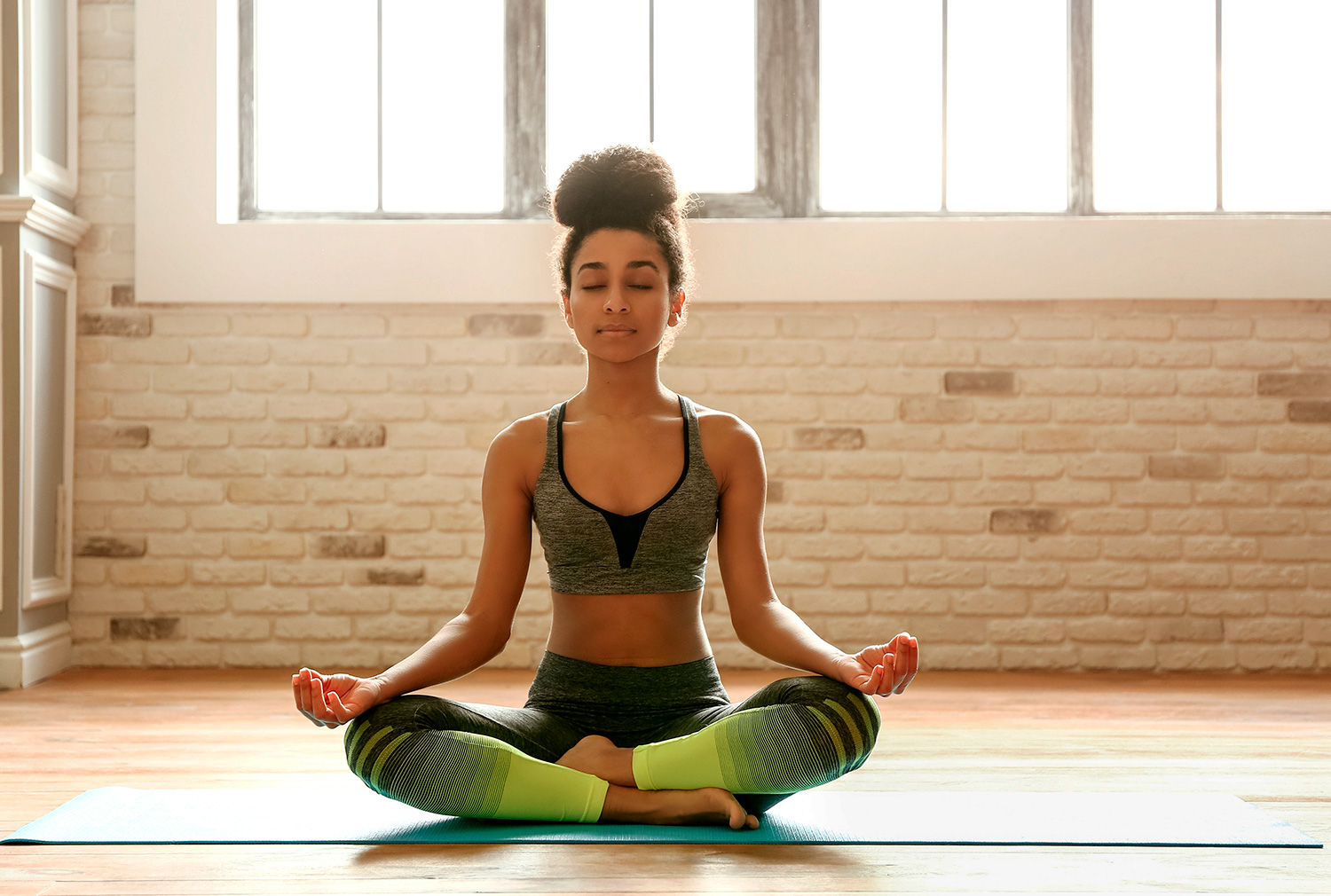 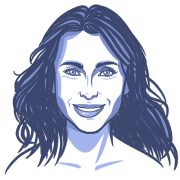 Meditation coach by day and writer by night - Shirley…

Karma Yoga is a term you hear a lot in yoga studios.

Often studios give free community classes or donation-based classes with the proceeds going to charity and call these “Karma Yoga” classes.

But what does Karma Yoga actually mean?

How do you practice Karma Yoga?

How is it different then the Yoga we’re already doing?

The answers to these questions are…you guessed it…complicated.

Lets start with a little history.

The History Of Yoga Is A Little Bit Murky

Enthusiastic practitioners of the modern version of Hatha Yoga are keen to point to it’s roots in ancient India; but how far back the posture and breath exercises that have become so popular in the west can be traced is a matter of debate.

What is very clear is that this was never the only type of yoga around. It wasn’t then and it isn’t now.

The word Yoga is usually translated into English as “union.”

For most of history, yoga was seen as the method for communing with the infinite. With God. With Brahman, With the Atman. With consciousness. With emptiness.

Indian spiritual thought is far from homogeneous and there are numerous models for what the infinite is and what mans relationship with it is. So it’s not surprising that the methods of Yoga are just as numerous.

Probably, the earliest systems of Yoga were meditation and ascetic practices intended for forest-dwelling hermits and monks. These would have usually been members of the brahmin, or priestly caste who had renounced society to devote themselves to spiritual enlightenment.

Their practices would have mainly been in the form of seated meditation, mantra and prayer.

But what about regular people with jobs and families and responsibilities? What about people who live in cities? Who have to pay the rent? Who have to take care of their children and aging parents?

Surely there’s a yoga for these people. For most people.

Karma Yoga is such a yoga, and it’s principles were laid out, most prominently, in the Bhagavad Gita.

The important Indian religious text The Bhagavad Gita wasn’t exactly meant for common people, but it was intended for people with responsibilities and obligations

The story concerns a young prince, Arjuna, a deeply spiritual person who is also a member of the kshatriya, or warrior caste.

He has found himself in the middle of a battle which he believes is a just one, a battle against the forces of evil. The problem is that there are members of his family, his teachers and his friends on the other side of the battlefield.

He feels he has to fight for good to prevail in the world, but surely doing violence to his relatives is unethical and spiritually harmful. It’s a lose-lose situation.

This conflict can serve as a metaphor for many things, but one of them is the tension between the spiritual life and the worldly life.

How does one live in the world of karma, which is best translated as action, with all of it’s attachments, distractions and contradictions while still seeking knowledge of the highest self?

Well, luckily, his chariot driver is God. Or an avatar of God, to be precise.

Krishna, an incarnation of the god Vishnu, lays out for him a description of three paths of yoga, all of which can lead to spiritual liberation: Jnana Yoga, Bhakti Yoga and Karma Yoga.

Jnana Yoga is a path of philosophical inquiry and reflection. It emphasizes meditation, study and introspection.

Bhakti Yoga is a path of love and devotion. It emphasizes worship, prayer and chanting.

Karma Yoga is a path of work and service. It’s all about using your action in the world as a tool for awakening, and using the results of those actions, your livelihood, to serve others and as an offering to the divine.

Your power is over action alone, never in its results. Be neither attached to the fruits of the action nor to inaction. Chapter 2, Verse 47 Of The Gita, Krishna Outlines The Basic Concept Of Karma Yoga

So Karma Yoga doesn’t really have anything to do with the precise way an action is performed. The important thing is to not be attached to it’s outcome.

Put simply, Karma Yoga is about being fully present in whatever it is you are doing, and neither being greedy for positive results or fearful of negative ones.

This is really the best way to think about the modern, physical, Hatha Yoga practice.

It’s not immediately clear why what is, superficially, a complicated way of exercising should be in any way spiritual. Sure, it’s meditative in a sense, but probably not in the same way as a traditional seated practice would be.

So are we just doing this for physical health reasons? Is modern studio-based yoga a legitimate spiritual practice?

It is if you think of it as Karma Yoga.

In posture-based yoga we adopt a number of challenging, even uncomfortable positions. While in these positions we have 3 tasks:

1. To maintain enough focus and awareness to maintain and gradually refine the alignment of the posture.

2. To maintain a sense of tranquility and equanimity of mind, despite the challenges placed on our physical body. One of the ways we accomplish this is by keeping the breath controlled, consistent and slow.

3. Most importantly, we undertake to do our practice without fear or expectation, focusing our attention simply on the practice itself, never becoming fixated on the results that may or may not arise.

In this way we learn to identify with our actions, rather then their fruits.

So our studio practice can be a powerful spiritual exercise in it’s own right. However, a real Karma Yogi sees their whole life as yoga.

Our real practice begins when we take the lessons we’ve learned on the mat and apply them to the challenging, uncomfortable positions of our daily life.

In many ways the modern workplace is the antithesis of Karma Yoga. Can you imagine working at a call centre or a warehouse without being attached to the pay check?

Crappy jobs are really the Karma Yoga proving ground. This is the advanced practice.

Does this mean we have to work for free? Not at all.

Does this mean we can’t leave a job that sucks? It doesn’t mean that either.

All that it means is that we need to practice focus, equanimity and skilfulness while we work.

The ideal man is he who, in the midst of the greatest silence and solitude, finds the intensest activity, and in the midst of the intensest activity finds the silence and solitude of the desert. He has learned the secret of restraint, he has controlled himself. He goes through the streets of a big city with all its traffic, and his mind is as calm as if he were in a cave, where not a sound could reach him; and he is intensely working all the time. That is the ideal of Karma Yoga, and if you have attained to that you have really learned the secret of work. Swami Vivekananda

So if our karma is filling orders in a warehouse, we try to focus all our attention on the physical action of lifting the boxes on to the pallet, and on the sensations in our body while we do it.

If we’re helping a customer we devote all of our attention to that customer, remembering their humanity and balancing their needs with the needs of the business.

If we’re dealing with a conflict, we devote all of our attention to resolving that conflict. We try not to let fear or expectation drive us to hate or objectify others.

And if we find ourselves in a situation that is unjust or abusive, we endeavour to have the skilfulness and self-compassion to extricate ourselves from that situation with as little bitterness as possible.

The yoga of housework is nothing new.

Doing the dishes, or raking the leaves or making the bed are all perfect places to practice being present.

Focus all your attention on the simple mechanics of the immediate action, on the way your body feels while you do it, on the way things look and sound and smell.

Do it all without judgment. Focus on the details but forget about being perfect. Don’t think about all the other stuff you could be doing with your time.

If there are too many things for you to take care of, have the skilfulness and self-compassion to simplify your life. Get rid of things you don’t need.

When loved ones are present, really be there with them. Listen to what they have to say. Try not to focus your attention on an agenda. When you speak, speak with sincerity and purpose.

Karma Yoga in the Community

As a member of a community, a country and a planet. It is the highest aspiration of a Karma Yogi to be of service to the larger processes of which they are a part.

There are lots of ways to contribute. If you are a person of means then it is a wonderful act of Karma Yoga to contribute some of the fruits of your actions to the greater good. If you have time and energy to spare, consider volunteering.

Here are a few suggestions of organizations that are striving to make the world a better place:

Tostan – www.tostan.org – Tostan works to provide educational opportunities to disenfranchised communities across Africa. It focuses particularly on empowering women and girls, and in health and environmental education efforts.

Seva Foundation – www.seva.org – Spiritual teacher Ram Dass helped to found this charitable organization in 1978. It works to cure preventable blindness in the developing world. Of the 36 million cases of blindness in the world, 80% are at least partially curable. Seva provides cataract surgery and eye care clinics to those who couldn’t otherwise afford it.

Greenpeace – www.greenpeace.org – This international organization has been campaigning to raise awareness of the environmental crisis and implement changes to public and corporate policy for almost 50 years.

Hatha Yoga is often called a “moving meditation,” but why stop at the end of your class?

Our whole life can be a moving meditation if we focus our attention on the present moment without fear or expectation.

We use our yoga practice to “get into our body,” but we’re always already in our body! We don’t need to go to a yoga studio for that.

We can connect with our body any time we want, simply by focusing on the simple mechanics of the task at hand.

We can develop calmness, skilfulness and equanimity simply by being nice to people. By caring for our community and our planet. By being there for others with no agenda.

Our physical yoga practice is super important, but it’s just training us for the real deal!

So go out there and take your yoga off the mat. That’s what Karma Yoga’s all about!

Meditation coach by day and writer by night - Shirley has perfected the art of finding a healthy balance in life. She’s eager to spread calm energy and share her zen tips through conscious writing.