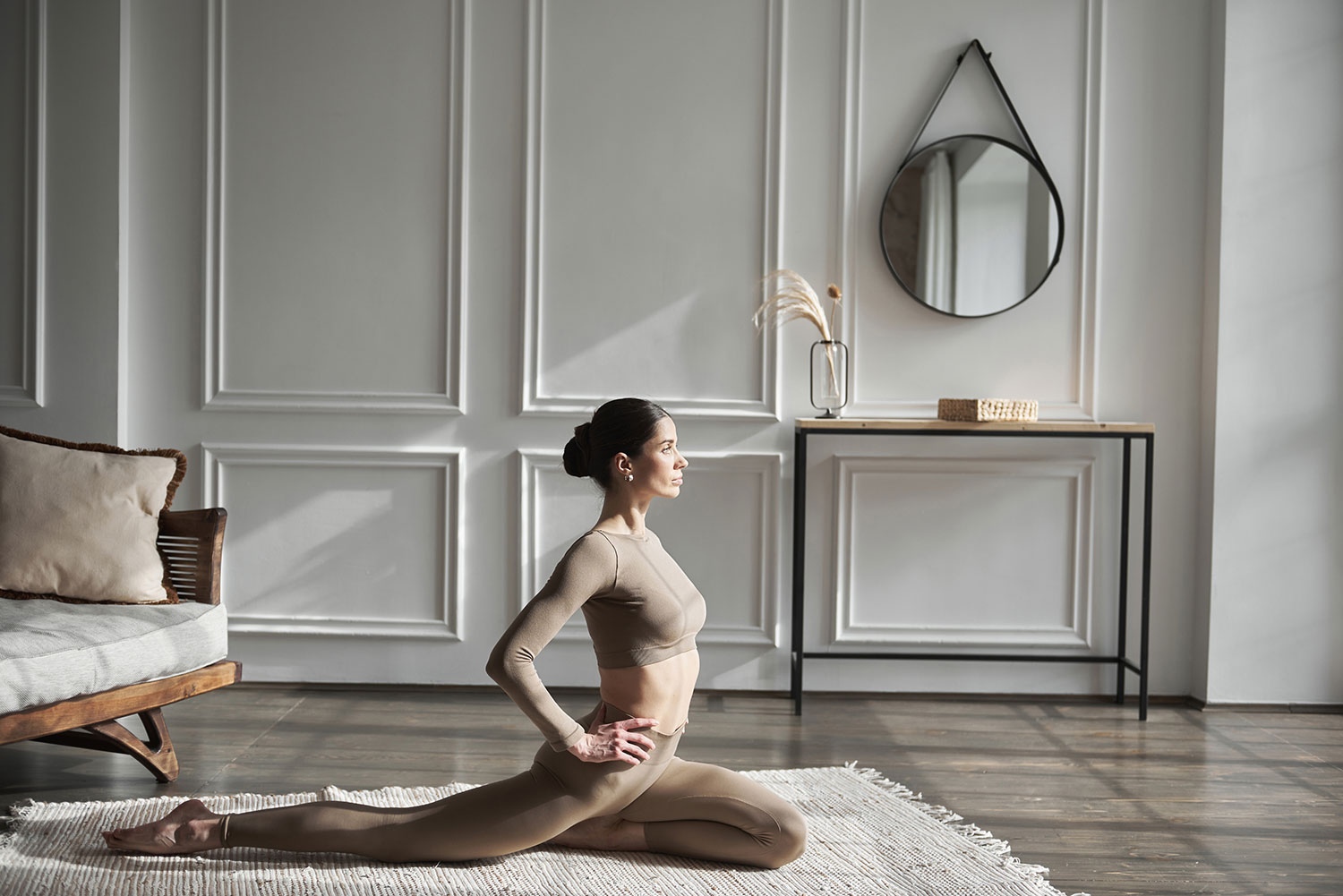 With millions of videos about yoga available on YouTube, it can get a bit dizzy to figure out where to start whether you’re new to yoga, someone who already has a regular practice, or even someone who just wants to learn more about what the heck all this yoga stuff is about.

We’ve narrowed down our favourite yoga videos from YouTube. We’ve got a mix of full classes, some great teachers, and even some yoga videos to make you laugh.

So sit in Sukhasana (Easy Seated Pose) or enjoy from your mat. And check out these ten yoga videos on YouTube to enhance and keep your practice light hearted.

Not many people know that before Bikram, before Ashtanga, and even before the classical Hatha yoga sequence practiced today, the first ever yoga sequence ever to be recorded in written form was created by Lady Niguma.

What is known about the life of Lady Niguma is a mix of history and mythology. She was a an influential Vajrayana teacher from 10th or 11th century India. She was considered a Dakini, or energetic beings who take human form, prominent in Tibetan Buddhism.

The sequence includes chanting the seed syllables of each Chakra, Classical Suns to warm up, and a series of flowing and still postures meant to promote the flow of the nadis, or the rivers of the divine feminine and masculine on the left and right side of the body and intersect at each Chakra.

This full class on YouTube is lead by Geshe Michael Roach, an American non-traditional teacher of Tibetan Buddhism.

JP Sears – How To Take Yoga Photos For Instagram

JP Sears, aka Ultra Spiritual Life, has made a name for himself by poking fun at the modern yoga industry, particularly in the West. But Sears makes many spot-on observations about how many yoga practitioners and teachers, and others in the “ultra spiritual life” present themselves.

This YouTube video is the 34th episode is his Ultra Spiritual Life series as his Awaken with JP character. In the four minute video, he teaches you how to take proper Yoga Instagram Photos. Prepare to laugh as the punchlines still rings true even two years after it was first published on YouTube.

Acroyoga is a marriage between acrobatics and yoga. The result is a collaboration between partners who trust and move together to create a flow that highlights the union of stability and grace.

This video by Equinox show husband and wife Briohny Kate Smyth and Dice Iida-Klein moving through an acroyoga flow that captivates and inspires.

If you feel motivated to try some of the acroyoga poses yourself, in addition to a partner you can communicate openly with, don’t forget to also find a spotter to support you as you get to know the moves.

He helped India gain independence from the Brits through nonviolence and peaceful protest. But what might happen if Gandhi stepped foot in a modern yoga studio?

The way yoga is practiced today, especially outside of India, is a completely different world from the one Gandhi must have been exposed to in his life.

Do you think he would stick to his hand woven robes or shop at Lululemon?

Isha Hatha Yoga Center is the yoga school and ashram of Sadhguru, whose inspirational videos are watched and shared by millions on YouTube daily.

At the height of the mannequin challenge in 2016, the entire Isha Hatha Yoga Center in India joined in on the viral trend with 140 teachers and students holding various yogasana or yoga poses as still as they could as a camera panned through them.

The result is an impressive showcase of not only the asana presented by the students and teachers at Isha Yoga, but a cool tour of the ashram itself.

With the current trend of Beer Yoga, Wine Yoga, Goat Yoga, Cat Yoga, Dog Yoga, etc… why not pair yoga with something a little bit closer to the country of its origin. Something like biryani!

Biryani is a dish of Muslim origin made with basmati rice, saffron, and a mix of Indian spices. Depending on the region, a different meat is used. It is often served with condiments such as chutney.

In Biryani Yoga, practitioners must get into each asana while holding a plate of tempting, delicious biryani — what a motivation to stay until the end of Savasana when class is finished to finally get a mouthful of flavourful biryani.

Jessamyn Stanley – Yoga for Self Love

Jessamyn Stanley is an American body positive yoga teacher who is breaking stereotypes and stigmas in the modern yoga industry. She preaches self love, no matter what body size or shape you are and shares how yoga keeps her healthy and happy even though she may not look like many other yoga celebrities in the industry.

In this eight minute video, Stanley guides a yoga sequence designed to encourage a healthy attitude and love for yourself through various yoga asana.

My Crazy Ex-Girlfriend is a comedy series from the CW network in the United States that features broadway style song and dance numbers from the mind of creator and lead actress, Rachel Bloom.

In this fantasy sequence, Bloom’s character, Rebecca Bunch, attends her first yoga class taught by the current girlfriend of her ex. The song is a hilarious mix of asana, bollywood style costumes and dance, and a tongue-in-cheek laugh at the modern yoga industry — coupled with the blinders of a jealous ex girlfriend comparing herself to a yoga teacher who seems to have it all.

Mark Whitwell – Yoga for Everyone

Mark Whitwell teaches a gentle yoga practice that focuses on the union of asana and pranayama as a moving meditation. He was a student of TKV Desikachar for over 20 years, who was the son the the father of modern yoga, Sri T. Krishnamacharya, who was the yoga teacher of many founders of various yoga schools like Iyengar and Ashtanga.

Whitwell calls his practice the Heart of Yoga, which is also the title of a book written by Desikachar. He teaches that anyone who can breathe can do yoga and adheres to the teachings of Krishnamacharya who said that the breath is the most important guru anyone can have.

Elvis Presley – Yoga is as Yoga Does

Did you know that the King himself tried a yoga class? In the 1967 movie, “Easy Come, Easy Go,” Elvis Presley finds himself in a twisted situation trying to get close to his lady love and getting all tied up in knots instead at a yoga class.

The song, “Yoga is As Yoga Does” was written by Gerald Nelson and Fred Burch. It gives a retro view on what people might have thought of yoga when it first began to cross the ocean from India into American pop culture in the 1960s.

Pattabhi Jois was the founder of one of the most popular yoga practices today, Ashtanga Yoga. His Primary Sequence is, for many, their first taste of a yoga asana class and many Ashtangis dedicate many hours “perfecting” the sequence and others in the Ashtanga yoga practice.

This video is a segment from a VHS originally released in 1996 (Which have also been made available in DVD format). It was produced by Yoga Works Productions and features Jois himself leading an Ashtanga Primary Series class which was filmed in Los Angeles, California over the span of two days in November 1993.

Tara Porchon-Lynch – There is Nothing You Cannot Do

Tara Porchon-Lynch was declared the World’s Oldest Yoga Instructor by Guinness World Records in May 2012 when she was 93 years old. Her interest in the practice began when she first saw a group of yoga practitioners when she was eight years old and even though she was advised that yoga was for men, she followed her heart to pursue becoming a yoga practitioner and teacher. She has shared that as an actress and dancer in many films she even taught her co-stars like Clark Gable, Elizabeth Taylor, Debbie Reynolds, etc… some yoga asana.

Porchon-Lynch still travels the world to teach yoga, write motivational books, and speak to audiences about yoga and her personal, trademarked motto: “There is nothing you cannot do.”

YouTube has a huge variety or user created and uploaded videos about yoga. Whether you are looking for a full class sequence to practice, an inspiring teacher or yoga school to follow or learn from, or just have a laugh about yoga and its many colourful practitioners, you can find a video to suit your fancy.

Whatever clip you stumble upon and watch, we hope it gives you inspiration to start, continue, or learn more about the practice of yoga.

18 Spiritual Movies Every Yo...