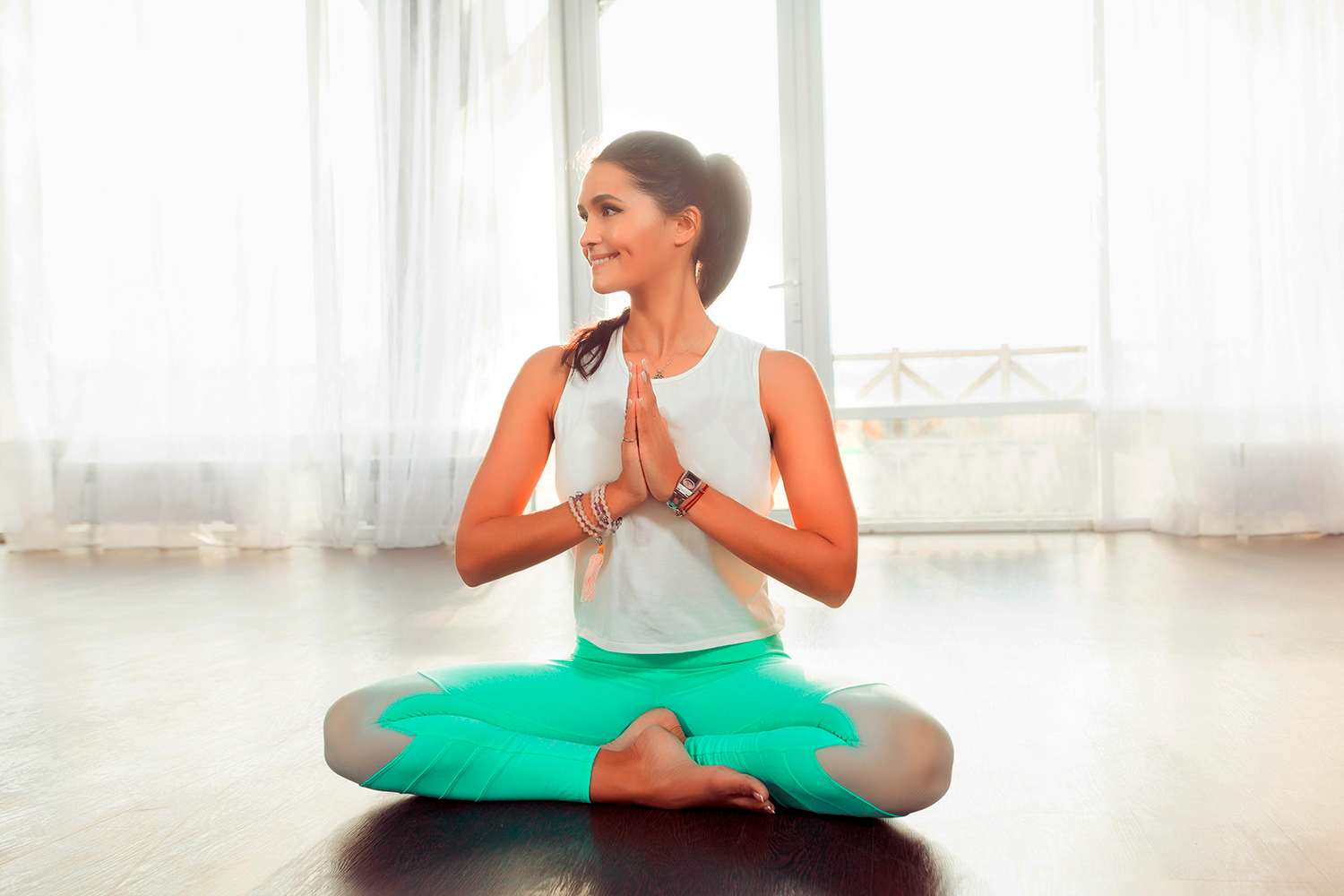 Most people only know yoga as a physical, movement practice. Most yoga studios and even teachers don’t do much to change thus perception since many promote yoga classes as a fitness activity with meditation and breathing as an afterthought or done away with altogether, as a strength and flexibility builder, and as an activity that benefits health and wellness — which it certainly does! — but yoga is so much more than just an exercise you can go to a gym for.

One of the paths of yoga that has been gaining popularity, particularly at both yoga and music festivals, is Bhakti yoga. Most often associated with the chanting of mantras and ecstatic devotion to the divine.

Going back to its origins, the word yoga is of Sanskrit origins. In fact, the English word, yoke, has its roots in the word yoga. So, yoga means “to yoke together” or “to unite.” And to achieve this unity of the body, mind, spirit, and universal consciousness, thousands of texts have been written over many centuries detailing various yogic practices and beliefs associated with them

The modern yoga practiced in most yoga studios today, especially in the western world, is just the asana, or physical postures, part of yoga. Although there are many schools of thought, the most popular system taught at yoga teacher training programs are the Four Main Paths of Yoga. Asana is only one part of these paths, and actually, a very small part at that.

The Main Paths of Yoga

Much debate has been shared about which paths of yoga are considered classical or should be placed into a category unto itself. This is a brief overview of the possible ways of practicing yoga.

Hatha Yoga is typically what modern yoga interprets as the physical practice of yoga which includes asana, pranayama (breathing exercises), and meditation, but encompasses so much more as well.

Most modern Hatha Yoga classes are distinguished by long holds in various postures. Another school of yoga threads together these poses with each inhale and exhales in a series called a vinyasa.

Jnana Yoga is the yoga of knowledge. But this is not intellectual knowledge that can be measured with grades in a report card or a degree from a school. The knowledge one seeks on the path of Jnana Yoga is that of union with the universal divine consciousness or being. In Hinduism, this is Brahman  the supreme deity, or the atman – the universal and eternal soul or Self (synonymous with Brahman).

To follow the path of Jnana Yoga, you must have resolve, discipline, and discernment to reach the ultimate goal of becoming liberated from the illusion of this world we think is reality (called maya).

It is said that Jnana yoga is the most difficult of the yogic paths because it requires the use of the mind to empty the mind of itself.

Karma Yoga uses action and good deeds without thought for reward or compensation as a spiritual path to enlightenment or self-realization. This selfless service in itself is a form of prayer.

Raja Yoga is also referred to as Royal Yoga. According to those who follow this path, as Raja means King and a king must preside over his kingdom, a raja yogi must be like a king and preside over their own kingdom (their body, mind, and consciousness) through the disciples practice of meditation.

Bhakti Yoga is most often translated as the yoga of devotion. Those who follow this path strive to see the divine in all things and practice cultivating a personal relationship with god.

How to Practice Bhakti Yoga

Just like yoga itself is more than just a physical practice, there are also many different paths within Bhakti yoga as well. There are nine main paths to devotion in Bhakti yoga.

Kirtana – singing devotional songs, most often in a call and response format. (More on kirtan later.)

Smarana – keeping constant remembrance of the divine by meditating on its form and name.

Padasevana – Pada means “foot” in Sanskrit. The path incorporates the selfless service of karma yoga (the yoga of action) with devotion at the feet of the divine.

Archana – the ritualistic worship such as offering a fire or Puja to a deity.

Vandana – protestation to an image or representation of one’s personal deity.

Dasya – the full trust in the will of god rather than one’s own ego.

Sakya – a friendship created between the devotee and their personal deity.

Atmanidevana – the surrender of tje self to the divine.

What is a Mantra?

A mantra is usually a phrase of words in Sanskrit, or even a single name of a deity, that is repeated as a meditation or prayer. During kirtan, or singing and chanting practices of bhakti yogis, mantras are often sung upto hours at a time with accompanying instruments and freeflow of dance in the spirit of divine celebration.

What is a Kirtan?

Kiryana is the most popular form of Bhakti yoga practiced in the west. Many bhakti yogis will gather together as part of their devotional practice to sing, chant, play music, and sometimes even dance together. Some will congregate in ashrams, orchestral stages, rooms with enough space to sit on the floor together, out in nature, around a bonfire, or even out on city streets inviting other to join the the musical celebration and devotional singing.

Many kirtan devotional singing groups will kick off the festivities with this or other mantras in honour of Ganesha. He is one of the most popular and easiest to identify among the Hindu pantheon with his elephant head, love for sweets, and his broken tusk which it is said he removed himself in order to write the epic poem, The Mahabharata.

Ganesh, or Ganesha, is the remover of obstacles and is often used as a protector of children and to bring good fortune to businesses.

Shiva is another popular divinity to sing to during kirtan. As the deity who represents consciousness, it is believed he is the originator of yoga. Interestingly, in many parts of Hindu India, the words “Om namah shivaya” are believed to hold so much power that whoever utters them, or wherever they are written, will be protected from harm.

In the movie, Indiana Jones and the Temple of Doom, the man who is about to be sacrificed in a ritual that Indiana Jones stumbles in on, chants the mantra, “Om Namah Shivaya” repeatedly.

This mantra is not directed to a particular divinity, but it is one of the most popular mantras, particularly for those who practice certain Buddhist meditation practices. Translated, it means:

“May all beings everywhere be happy and free, and may the thoughts, words, and actions of my own life contribute in some way to that happiness and to that freedom for all.”

It is said that Bhakti Yoga first evolved as a “poor man’s yoga.” Because this spiritual path is about developing a personal relationship with god, one did not necessarily need a guru or to pay a holy man from the priest caste to perform elaborate ceremonies.

Even those with no money to bring offering to temples could practice the yoga of devotion by singing and by cultivating and embodying pure unconditional love within themselves which they believe radiates to all other beings.

The Benefits of Bhakti Yoga

Swami Sivananda shared that Bhakti Yoga has immense benefits. He wrote in the Fruits of Bhakti:

Bhakti softens the heart and removes jealousy, hatred, lust, anger, egoism, pride, and arrogance. It infuses joy, divine ecstasy, bliss, peace, and knowledge. All cares, worries and anxieties, fears, mental torments, and tribulations entirely vanish. The devotee is freed from the Samsaric wheel of births and deaths. He attains the immortal abode of everlasting peace, bliss, and knowledge.

Who Should not Practice Bhakti Yoga

Because Bhakti is more about cultivating a personal devotion to divinity, there are no restrictions to who may follow this path of yoga. It is said that Bhakti is the easiest form of yoga to practice because unlike Jnana or Raja yoga which require discipline of the mind and intellect, or Karma and Hatha yoga which require action and movement, Bhakti yoga needs only the authentic expression of one’s own heart towards the divinity already inside.

There is so much more to practicing a yogic lifestyle than going to an asana class for an hour or so a day or a week. Yoga is not just an exercise or movement and wellness activity, but a spiritual path that takes on many forms. From using the mind and even ones voice, one can practice yoga.

Bhakti yoga is fast growing in popularity because it allows people to follow a path towards divine bliss through personal devotion, and very often through the collective joy and support brought about by devotional singing in kirtana.