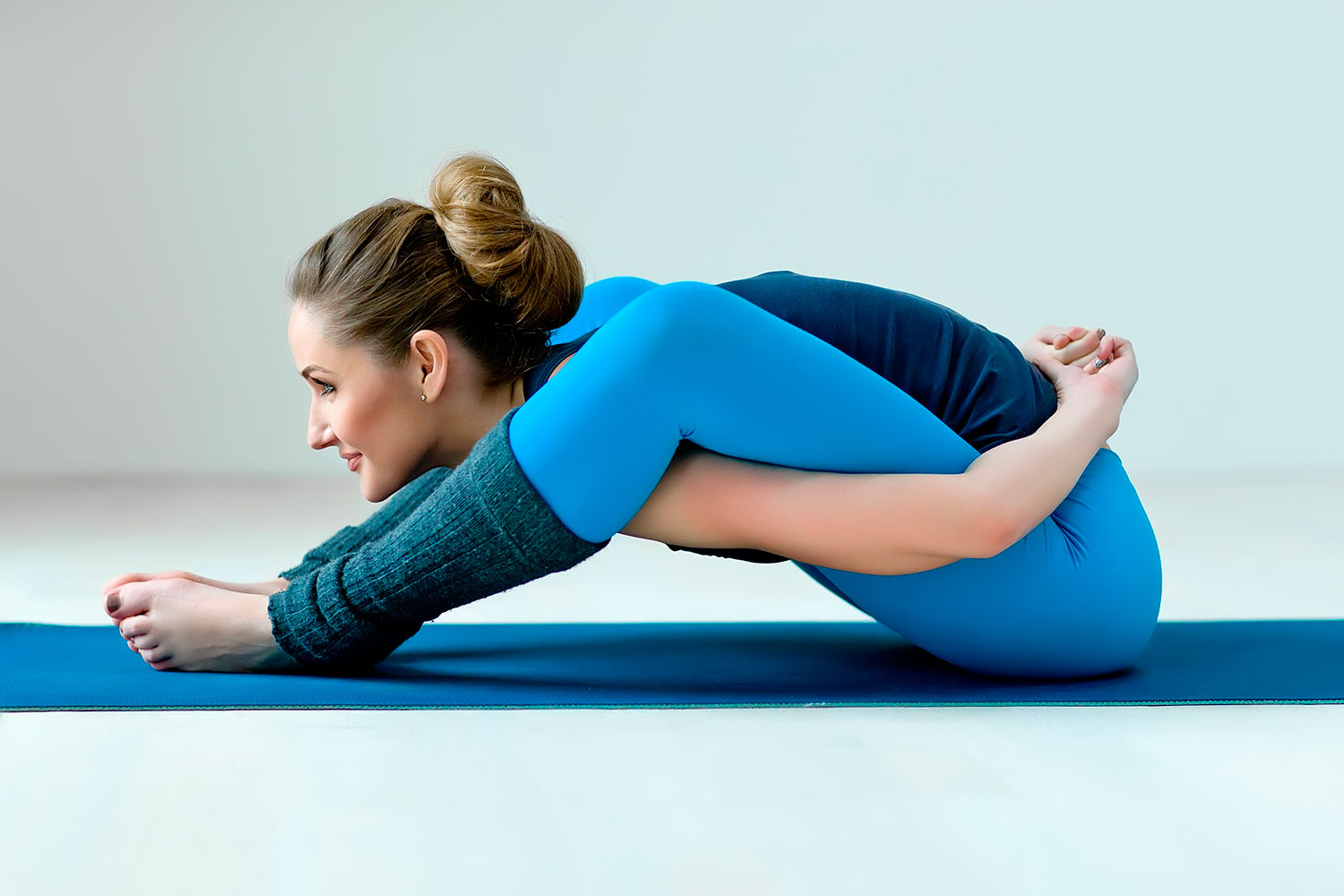 The Koshas: 5 Layers of Being

Yoga has influenced the lives of millions of people over its five-thousand-year history. It continues to be a booming industry in modern times, drawing in people who search for a calmer, healthier, and more peaceful way of life. Many yogis tout the benefits of yoga, claiming anything from yoga’s powers to reduce stress, to even its power to make you taller, or heal long term diseases. But is there any evidence behind these lofty claims?

Despite its long history, it is only within the last few decades that research has emerged to support yoga’s health claims. This is mostly a reflection of the uprising of evidence-based medicine in the 21st century. While there is still a long way to go in regard to researching yoga’s health benefits, there is currently a significant research base that supports it various health and wellbeing mechanisms.

Is Yoga a Pseudoscience?

Pseudoscience refers to science that is fake, or otherwise false and misleading. Some people might classify yoga, and its seemingly mystical claims, into the pseudoscience category. But what really qualifies as a pseudoscience? In reality, there is a thin line between that which is pseudoscience and empirical science. Some people may label a finding that they don’t like – for example climate change – as a ‘pseudoscience’ purely because it upsets their view of the world. Secondly, something may be considered pseudo or non science but still be true… there just isn’t enough research to support it yet. Whether something is a pseudoscience or an empirical science is therefore not only based on the research to support it, but also the opinions of people and the social reality in which it is being discussed.

In any case, over the last few decades, yoga’s reputation in the West has transitioned from being seen as a pseudoscience, to something prominently researched by scientists. Western doctors are even referring their patients to yoga classes, and some insurance companies now cover yoga. How did yoga make this transition? It wasn’t solely because of the increased research base to support it, but also due to changing social attitudes.

It is not just coincidence that research is coming out to support yoga’s health benefits. Although modern evidence-based science did not exist in India 5,000 years ago, yoga can still trace its roots back to science: Ayurvedic science, that is. Ayurveda is an ancient science developed by Indian sages thousands of years ago. The Sanskrit word Ayurveda actually translates to ‘science of life.’  It may not be built on the same pillars as modern medicine, but its mind-body connection philosophy is now being supported by science. Ayurveda promotes many ways to enhance wellbeing, such as meditation, expanding awareness, eating fresh and colorful foods based on personal constitution, improving digestion, incorporating exercise, and more.

Recent systematic reviews have covered yoga’s role in helping people recover from musculoskeletal disorders, improve balance, reduce anxiety, reduce chronic neck pain and low back pain, improve menopausal symptoms, and reduce post traumatic stress disorder symptoms. Of these systematic reviews, most found moderate effects of yoga to improve these health disorders. However, almost all of the reviews state that more high-quality research is needed to determine the exact size and effect of yoga on these results. As more research is created over time, it will become easier to determine what health conditions yoga does and does not affect.

How Can Yoga Heal?

The previous list of systematic reviews is an example of the incredibly wide variety of research topics surrounding yoga. Yoga as a discipline is broad, and due to its emphasis on mind-body connection, it is nearly limitless is the number of health conditions it could affect. It is perhaps due to this that the current research base on yoga is patchy and incomplete – there is just too much to research. However, evidence has emerged regarding yoga’s effect on specific conditions such as anxiety, depression, pain, and more. Below, the science of yoga for specific conditions is discussed.

A systematic review in 2005 looked at yoga’s effect on anxiety. Eight studies were found which all showed positive effect of yoga for reducing anxiety symptoms, particularly for those with obsessive compulsive disorder. Unfortunately, the studies had various limitations and were diverse in their use of measurements and definitions of anxiety. Therefore, the results cannot be considered conclusive that yoga can improve anxiety. However, this systematic review is from 2005 and more research has come out since then. One study from 2018 showed that after four weeks of hatha yoga practice, women participants experienced a statistically significant reduction in anxiety symptoms. Although these are promising results, there are issues in that the study did not include a control group, so it is impossible to tell if the reduction was due to the hatha yoga, or some other unknown factor.

As the research base increases in both size and quality, yoga’s effects on anxiety will become clearer. As it stands, some researchers theorize that yoga may be able to reduce anxiety through calming the parasympathetic nervous symptom and reducing inflammation.

A recent (2018) high quality systematic review found that there are currently only seven randomized control trials regarding yoga’s effect on PTSD symptoms. There are various issues with these studies, which lead to only a weak level of research supporting yoga for PTSD. Currently, it is believed that yoga may help reduce PTSD symptoms as an additional therapy in combination with lifestyle changes and medication. Yoga’s effect on PTSD symptoms on its own is not currently known. However, scholars theorize that, based on research supporting yoga for anxiety and depression (which are often comorbid with PTSD), there may be enough evidence to prescribe yoga to some people who suffer from PTSD.

While yoga can have a powerful effect on the parasympathetic nervous system, it can also affect the body’s muscles. Like other physical exercises, practicing yoga will lead to physical changes. One systematic review found that yoga can have positive benefits for those with musculoskeletal disorders, such as increasing muscle tone and reducing pain. Similarly, a literature review found that yoga can both increase muscle strength and increase flexibility. This combined muscular change can have carry-on effects and can overall increase a person’s quality of life. Examples of these carry-on physical changes due to yoga include strengthened muscles leading to reduced back or arthritis pain.

Through its use of balancing poses, it may seem obvious that yoga can improve balance. But does science support this, and is this true for all populations and age groups? Based on the current level of research, it is unclear. One 2014 systematic review found generally positive results that yoga can improve balance for healthy individuals. However, the review did note the poor quality of current research and that the use of varying study designs makes it difficult to compare results across studies. Likewise, this finding is not necessarily generalizable to other populations, such as older adults who may benefit from improved balance the most. Falls are a leading cause of death among older adults, so if science shows that yoga can conclusively improve balance for this population, then it could have far reaching effects.

One systematic review from 2015 shows that yoga can moderately improve balance for older adults. Although these are promising findings, they do not necessarily mean that this balance improvement translates to reduced risk of falls. Additionally, the studies on yoga and balance generally involve targeted balance-training programs and may not be representative of the average yoga class.

Science definitively shows that yoga changes the body… but does this extend to the brain? Studies on yoga’s effect on brain structure are a new and exciting area of research. One 2018 study found that experienced yogis had greater gray matter in their hippocampus (the center of emotions and memory), and lower brain activation in certain areas such as the dorsolateral prefrontal cortex (which controls higher cognitive tasks and personality). The functional implications of these structural changes are that yoga experience could improve cognitive health, improve memory, prevent cognitive decline, and more. This is an extremely new area of research and more studies are needed to confirm these results.

As these scientific results and studies show, yoga and modern medicine do not have to exist in opposition to each other. Instead, public health may benefit from doctors and yoga teacher working alongside each other, to help improve various health domains. It is true that many western doctors are now prescribing yoga to their patients to help combat conditions such as hypertension, anxiety, or falls-risk balance. Hopefully, as more research is produced, this will lead to greater accessibility of yoga to all who could benefit from it.

Of course, there is more to yoga than the scientific studies which support it. There are some things which cannot be explained by science alone. Yoga teaches many things, and for some people the release of attachment (aparigraha) to rational measures and subsequently building trust in the universe may be a worthy lesson.

The translation of the word ‘yoga’ to English is ‘union.’ Union refers to union of the mind and body, which is heavily researched. However, ‘union’ can also refer to the union of the soul with the Divine, the earth, and all other souls. There is a central aspect of yoga which supersedes the limitations of science and extends into the realm of the spiritual and philosophical. It is up to each individual to decide how they will approach this side of yoga, and whether they deepen their practice to a point beyond that which can be measured and studied.

It is clear that the evidence base for yoga is growing increasingly robust. Randomized controlled trials, systematic reviews, and peer reviewed journals are now affirming what yogis have felt, experienced, and known for thousands of years. As the science continues to emerge regarding yoga, it is important for yogis and yoga teachers to remain skeptical and not tout ‘miracle’ health benefits of yoga that aren’t necessarily proven. At the same time, they must balance this with an awareness of the more spiritual and philosophical sides of yoga. These two seemingly contradictory sides to yoga do not have to exist in contrast to each other.

This is How Yoga Benefits Yo...