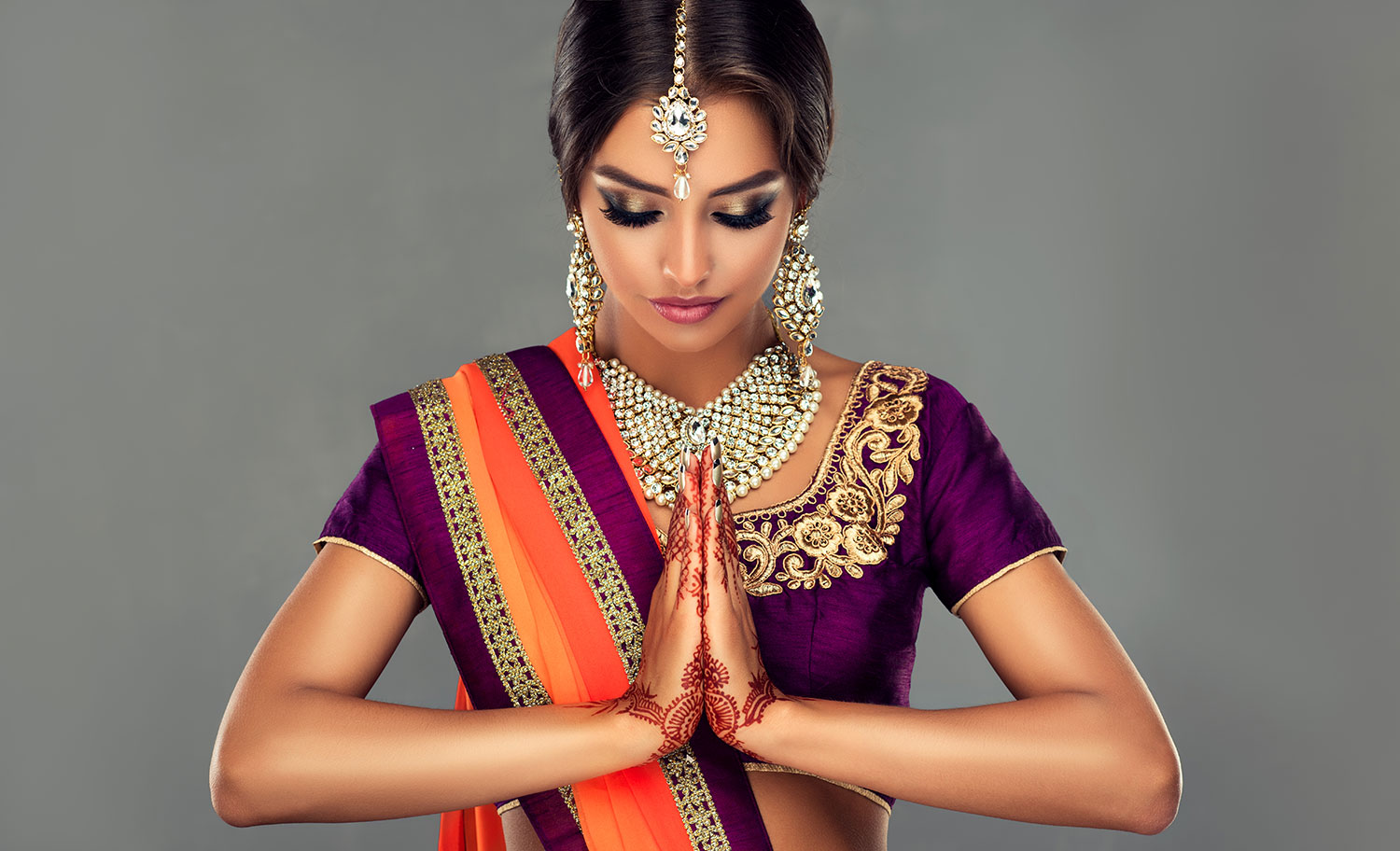 How to do Sun Salutation C: A Step by Step Guide to Surya Na...

When we think of chanting in yoga, most of us think of the typical OM. But did you know there’s an even more popular mantra than that?

“Om Mani Padme Hum” is one of the most commonly chanted mantras in yoga.

This special Sanskrit chant is pronounced as OHM-MAH-NEE-PAHD-MAY-HUM. It is composed of four words that are often represented on Tibetan prayer flags. It is an ancient Buddhist mantra that, in English, literally translates to “Praise to the Jewel in the Lotus.”

This mantra is believed to connect you with your innately loving and compassionate nature.

In Northern India, Nepal, and Tibet, “Om Mani Padme Hum” is often etched into stone or engraved on rings. It is believed that even gazing upon this mantra can bring out the same benevolent effects you would receive by chanting them.

Prayer wheels also have this mantra etched on them and are used by Buddhist practitioners. As they meditate or chant the mantra, they spin the wheel and receive its many blessings.

With such significance behind it, let’s break down the mantra and its meanings.

Similarly, Tibetan culture tells us that this phrase can bring enlightenment. But there are various interpretations on what each syllable truly means.

Generally speaking, each syllable represents one of six goals within the Buddhist philosophical existence. These goals help to heal and purify, bringing forth positive qualities.

So let’s break down each syllable and examine their meanings.

OM = The Vibration Or Sound Of The Universe

This syllable is believed to be the primordial sound of all creation. As the universe was created with Om, it holds within it all that is, was, and ever will be. Buddhists believe the sound vibration of Om can cleanse away pride and ego while representing divine energy and generosity. Om lives within the samsaric realm of the gods.

Ma is associated with dissolving jealousy and attachment to fleeting pleasures. It lives within the samsaric realm of jealous gods. Reciting Ma can help loosen our jealous attachments while cultivating more ethical behavior.

This syllable is believed to dissolve attachments to desire and passion. It cultivates our ability to be patient with others and with ourselves. It resides within the samsaric realm of human beings. Together, “mani” means “jewel.”

Pad is a syllable that dissolves attachments to the many prejudices and judgmental notions we hold on to. It cultivates our quality of perseverance and lives within the samsaric realm of animals.

ME = Represents Concentration and Purifies Attachment

Me dissolves our attachments to being possessive. It cultivates our power of concentration and resides in the samsaric realm of the hungry ghost. Together, “padma” means “lotus” and represents wisdom.

HUM = The Unity of All

This final syllable represents wisdom and purifies hatred. It dissolves our attachments to aggression and hatred while cultivating our own innate wisdom. It is said to lie within the samsaric realm of hell. This also indicates that which cannot be disturbed. It is unshakeable and unmoveable.

This simple mantra has many different meanings but ultimately intends to say that within all of us is the lotus flower. It may just be covered by mud and muck. But reciting the mantra repeatedly and with the right intention can rid of that mud and muck. We can emerge sparkling, pure, compassionate, and wise as the lotus flower itself.

Chanting, on its own, can soothe the senses. It sends energy to parts of the body or chakra centers that need it most. Chanting is also meant to unify voices as a singular being.

Calming sounds are known to help heal both the body and mind as well. They can provide an insightful look into how we respond to the sounds and vibrations around us.

With constant division in the world, chanting is meant to unite all voices. It is a representation and experience of unity and oneness that is not just of the self, but of the community and the world.

There are many reasons for chanting this powerful mantra. But the main benefits can be distilled in four points.

With a clear mind, you are able to detach yourself from ego. There are no other thoughts or distractions taking up your attention. You are present and you are one with yourself and with those around you.

#2 Words Release Karmas That May Be Holding You Back

Our bodies and our minds may hold various tensions, judgments, or pains that we do not actively consider. If they are nested within us, the sound vibrations of the chant can help coax these tensions out.

Without the attachments of ego, jealousy, aggravation, or desire, our consciousness can be free. In this freedom, we can discover what it is that we need and how we can manifest those needs within ourselves.

#4 Chanting Om Mani Padme Hum Empties the Body of Everything.

Once you are empty, you are able to cultivate an awareness from the inside out. You can purify the body and mind, releasing what no longer serves you. Emptiness also embodies a vastness of space for possibilities.

This mantra is incredibly powerful yet simplistic enough to remember. Each syllable carries a world of meaning that is ultimately decided by you. Similar to your asana practice, “om mani padme hum” urges you to be present and focused.

Perhaps the most powerful piece of this mantra is its unifying intention. Chanting in a group can activate community and release ego. This mantra is both personal and global, and has the ability to transcend all that we know.

If you’re looking to strengthen your yoga practice and go beyond your asana, use “om mani padme hum.” It is a guide that will lead you closer towards yourself and others. It is a light that you can cultivate continuously. That light is healing, nurturing, safe, and respectful. It acknowledges all beings as equal and one.

How Old Is Yoga? Explore Ten...