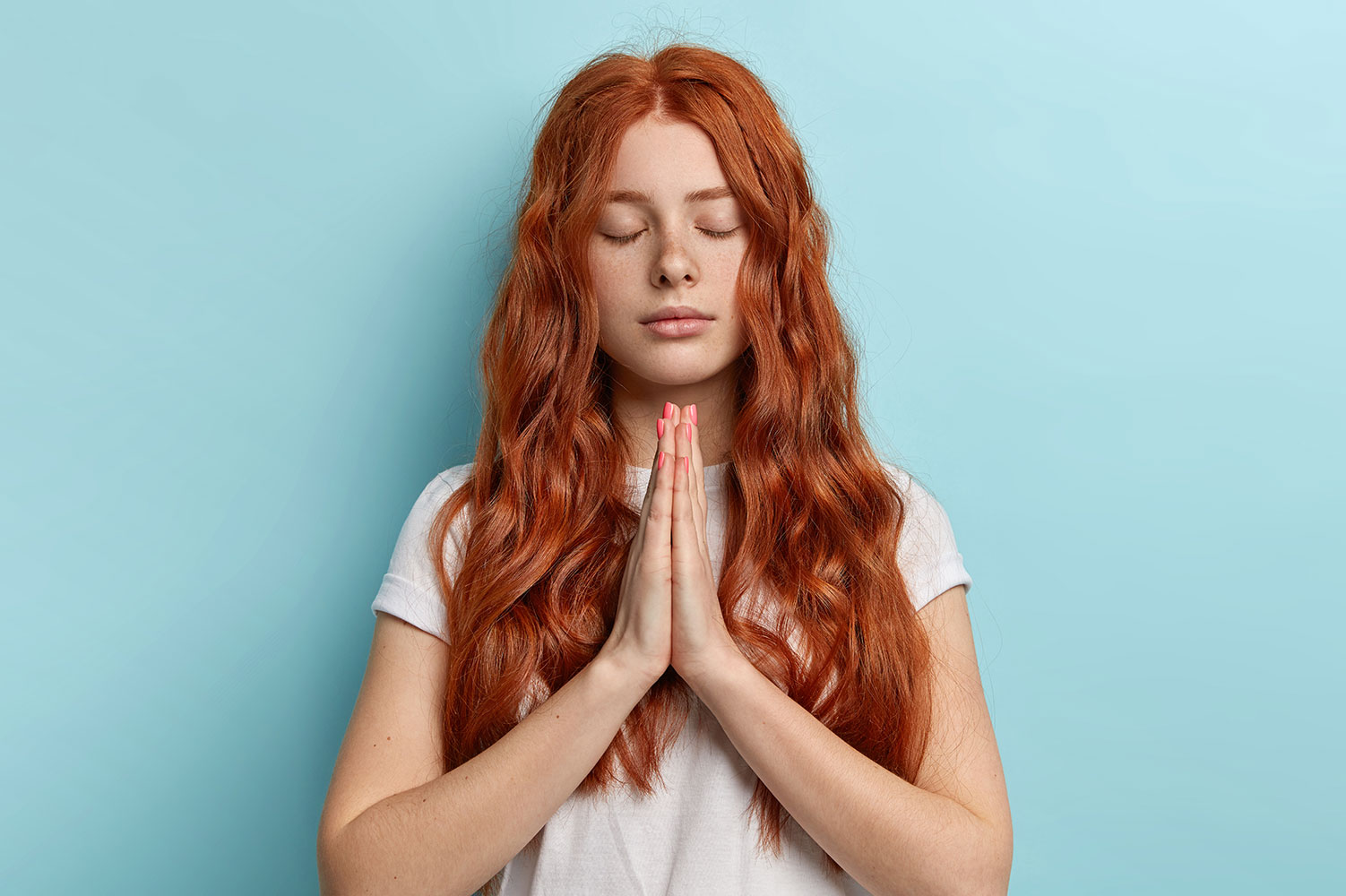 Lauren Howard holds a master certification in reiki, or energy…

15 of the Most Difficult Yoga Poses You Wish You Could Strik...

People often associate the term yoga with the Hindu religion, but that isn’t entirely legitimate. Yoga originates from Indian holy texts citing three major influences in religion, religious texts such as Hinduism, Jainism and Buddhism. But, no matter what religion yoga is associated, should Christians practice it?

Christians should practice what they feel most comfortable in. If the individual is able to remove the religious undertones and have an open perspective then it is an okay practice for them. Otherwise, there are forms of Christ-centered yoga that remove all explicit yoga work only in celebration in Christ.

To understand what this means, we should take a deep dive into yoga’s history and its relationship to Christianity.

What Is the History Of Yoga?

The origin is believed to have begun thousands of years ago, long before some of the first religions or their beliefs were instilled.

According to lore, Shiva is the first guru that achieved enlightenment and poured their knowledge into seven different disciples. These ‘disciples‘ shared other names from ‘sages’ to the ‘seven rishis’. Their purpose was to spread the yogic science worldwide; this included regions of Asia, parts of the Middle East, parts of Africa, and Southern America. In today’s research, there are close parallels found within all of these cultures; however, India found to take to yoga the most and treated it as a way of life.

Research often disputes, even to this day, on when the starting period of yoga first began. Some argue that the art of yoga dates back 5,000 years, while others feel that it is more than 10,000 years. Some of what fuels their argument is that yoga is not the same as we have grown to know it today but only consisted of one posture, the Lotus Pose. Though the first recorded history of yoga as the “Bhagavad Gita“, a scripture that demonstrates yogic philosophy. Bhagavad Gita as the yoga’s Bible and translates to “the lord’s” song.

The Bhagavad Gita focuses on yoga but not on its postures alone but on the practice’s spiritual aspect. It’s a detailed poem that’s set on a battlefield— believed to be a metaphor for the mind. Here, the guru or spiritual teacher discusses the idea of life and yogic philosophy with his peers.

The spiritual text explains how anyone could achieve enlightenment through three pathways, all unique but with the shared goal.

From these paths is where yoga became a routine tradition that has seven spiritual laws of yoga. These are the modern interpretations explaining the practice to bring awareness to the spirit and recognize it in our everyday lives.

Though today we practice yoga for various reasons and many benefits. Some are superficial to strengthen or body, or for some of us to bring the meaning of uniting to self or preparing the body for a deeper connection to a higher divine purpose.

So, how does yoga’s origin impact the Christian belief? Although yoga is within India’s rich cultural roots, it is a universal spiritual practice. One that can work with several meanings for individuals with different core beliefs, for people who believe in Christ their ability to create their focus and worship for the practice around him. In contrast, others, who may not have a specific religious connection, may still practice by uniting to themselves.

What Is Christ-Centered Yoga?

Christ-centered yoga is secularly removing the traditional origins linked by its roots in Hinduism and Buddhism. Practicing yoga as a beneficial means to exercise the mind and body to gain a deep relationship with Christ.

There are several reasons why Christians feel it’s essential to create this distinction. Those who choose to practice yoga, as a spiritual discipline, know to treat it’s a practice like a prayer. Not as a religion to a specific faith (despite their own) or as religion itself. Practicing yoga as a Christian depends on the mindset of those practicing it.

According to a familiar scripture, Philippians 4:8, and “in doing this, whatever is true, noble, right, and pure” is done when practicing Christ as the center as the practice and brings worship and glory to their beliefs.

Furthermore, in the scripture within the book of Psalm 111:10, we see its perspective on meditation. “The fear of the Lord is the beginning of wisdom; all who follow his precepts have good understanding.” In this way, the meaning of enlightenment, as one may find in traditional yoga teaching, in Christ-centered yoga as bringing Glory unto God and not of themselves. By giving praise unto the Lord, and filling their meditation with his word, then are those who have a good understanding of the world around them.

As there are similar concepts and parallels within the religions, Christian yoga works to benefit the mind and body towards a deeper connection to Christ in an authentic way. Therefore, to ensure this objective, several yoga postures’ names as well as the yoga language (switching “Om” for “Amen”) is significantly altered to bring the most glory and remembrance back to the Christian faith and morals.

The answer to that is more convoluted than one would think. Many argue that the contradiction between Christ-centered yoga and its commitments denies the reality of yoga’s art. Yoga is a universal form of discipline and spiritual practice and not necessarily affiliated with a specific religion or worship.

The word yoga’s origin is intent is interpreted as “unite” or “join.” This has different meanings and comes with various interpretations—the first interpretation bringing unison the physical self and the intellectual mind. The second interpretation is uniting the mind, body, and spirit. Lastly, the final interpretation is the unison of the mind and body for preparation to fully experience a larger entity (i.e., Christ or God).

Those who practice yoga can have religion within Buddhists, Hinduism, Christianity roots, or even no faith at all and still experience the stillness that is yoga. As it’s intent is to recognize the moment, the self, and those around you. For Christianity, the physical practice is to prepare the body and mind to experience God’s presence. The mantra, prayer, and meditation changes or omits depending on the practice and would depend on patrons who use this art to seek communion with the Holy Spirit.

What Do Christians View the Main Concern of Practicing Yoga?

Christian followers’ main concern is that it worships a false entity and pulls away from God’s glory. By breaking down some of the Bible scriptures, we can understand some Christians’ perspectives, which may have different views on how they read. For instance, in Psalm 16:4, “Their sorrows shall be multiplied that hasten after another God; their drink offerings of blood will I not offer.” Is a scripture that some believe the idea of yoga fits into. That practicing yoga will pull them away and worship false idols, and this would represent that those who practiced this have fallen in a way that is detaching, and cursed manipulating into worshipping a false prophet.

In Psalm 1:2, “Blessed is the one who does not walk in step with the wicked or stand in the way that sinners take or sit in the company of mockers, but whose delight is the law of the Lord, and who meditates his law day and night.” In this scripture, an interpretation can be that emptying the mind can be wicked and walking in the footsteps of sin, as the reason is to be full of delight from the given scripture of the Lord.

This interpretation has also been found to suggest meditation, within its traditional roots, to be labeled as a dangerous activity as it encourages the mind to be empty. As Joshua 1:8 reveals, “Keep this Book of the Law always on your lips; meditate on it day and night, so that you may be careful to do everything written in it. Then you will be prosperous and successful.”

Emptying the mind does not support this scripture, and explains why some are unsure of participating in meditation and may view its action as a dangerous activity. Yet, in this context, it sees an opportunity to fill the mind with verses that engage in a connection that keeps Christ as the focal point. So, its meditation does not waver from its original purpose, the intention to glorify and celebrate the gospel of Christ and the Christian beliefs.

Yoga remains controversial as many feel that it is difficult to remove the religion from its practice. Some more conservative may argue that yoga cannot separate into categories of physical and spiritual, that these guidelines within yoga are all meant to illustrate that they are one in the same. With this perspective, its belief is that Christians should avoid yoga as it’s severance isn’t as neat as some perceive.

Some Christians believe that yoga embodies religious undertones that will not serve the Lord properly. Others, most notably those who practice Christ-Centered Yoga, believe that practicing is acceptable as long as Jesus remains the focal point. Backing up their claims, often the scripture of John 1:13 is quoted, “through all things were made; nothing has been made without him.”

In this literature, it is stating that all things are made within God’s glory and with this literature being true and just, yields the benefit of others to take part in the activity as long as it brings glory to God.

Tips on How to Practice Christ-Centered Yoga

Interested in trying yoga that puts Jesus as the focal point? Here are some tips on how to embrace a deeper connection and relationship with Jesus.

Finding words of encouragement will help keep the practice’s intention to glorify God and the Holy Spirit.

To answer our initial question (should Christians practice yoga?) is a bit more complicated than saying ‘yes’ or ‘no’, as it answers rests on various determinants that are subject to the very personal convictions of one. It is more of personal preference and how one interprets the act of yoga and how they would incorporate it into their day-to-day that plays a larger role in if one should or should not participate in the activity.

Like many who practice Christ-centered yoga, this is another opportunity within their day to express their love and appreciation through being in the presence of Christ’s word and through meditation, celebrate his Word while also a practice that honors the body by increasing flexibility and ultimately strength.

For Christian’s looking to practice this helps to bring a deeper connection to their relationship with Christ and an opportunity to enrich that relationship through movement and the act of being present in his word may want to consider trying yoga. Those who are open to this union and those who remind themselves in this stillness of not what they are but who they are within the presence of their faith may find Christ-centered yoga not only enjoyable but also help bridge a needed gap in their spirituality.

Lauren Howard holds a master certification in reiki, or energy healing, and has been practicing yoga for over 20 years. She began freelance writing as a means of spreading her truth and knowledge with a broader audience.

The Meaning and Benefits Beh...

Vedic Meditation: A Guide to...