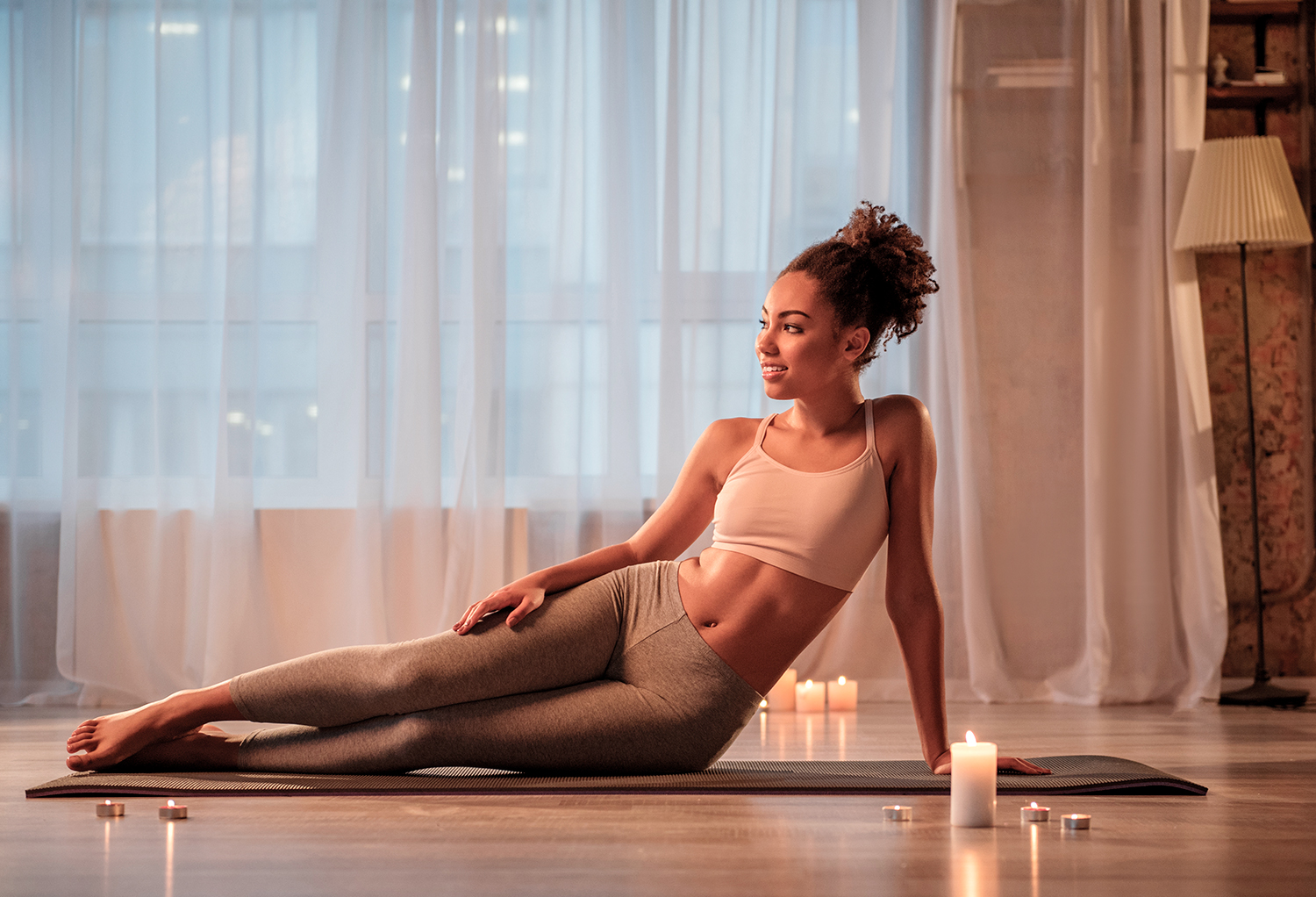 Yoga is an ancient system for human development that is thousands of years old. Patanjali was a great sage who outlined the system into the text the Yoga Sutras. While he outlined yoga into a text, yoga itself came many centuries before him and was passed down through sages and teachers through practice.

Yoga is a system divided into 8 parts, also known as limbs. While the West frequently miscategorizes yoga as just one of the limbs known as asana, yoga encompasses multiple facets that incorporate teachings for both the inward and outward aspects of personal development.

The limbs are categorized below in Sanskrit with the English equivalent:
1. Yamas: Behavior or restraints
2. Niyamas: Lifestyle development
3. Asana: Postures
4. Pranayama: Control of the breath
5. Pratyahara: Withdrawal of the senses
6. Dharana: Concentration
7. Dhyana: Meditation
8. Samadhi: Realization

Both the Yamas and Niyamas have additional rungs, aspects that contribute to the entire limb. The yamas consists of ahimsa (non-harming), satya (truth), brahmacharya (right use of sexual energy), asteya (non-stealing), aparigraha (non-possessiveness). Practitioners should have a solid understanding of the yamas before developing the niyamas. Without practicing the first limb, practicing the second limb can cause harm to the individual without the proper behavior from the individual.

The Niyamas focuses on personal observances that not only affects the individual but how they interact with others. Practicing the niyamas leads to a greater understanding of the self and assists in the path to realization.

Saucha translates into cleanliness or purity. Relating to how people manage their inner selves, relationships, and actions to tasks, saucha allows individuals to live with integrity and presence.

From the standpoint of personal actions, purity can involve cleanses. Cleanses allow stuck energy in the body and mind to move and free up the mind and body for the other rungs of the niyamas and limbs of yoga. Cleanses can relate to all aspects of a person’s life. They can cleanse their body from toxins, clean their homes, and clear their minds from negative self-talk.

From a relationship standpoint, practicing saucha involves not only relationships with people but their environment, animals, things, and anything outside of themselves. To practice saucha, individuals must eliminate their need for control and expectations. For this reason, it becomes apparent that the Yamas such as ahimsa (do no harm) and satya (truth) must be practiced first. For relationships to be pure, one must let go what his or her idea of purity is and allow whatever interaction to simply occur. Rather than imposing expectations and guidelines, to practice saucha one must accept what or who is without trying to control, change, or manipulate it.

In regards to action, practicing saucha can be described as not multitasking. To have a pure or undistracted moment or interaction with themselves or others, one must try not to dilute it with distractions. For example, when having a conversation with someone else, the moment is no longer between those two people when he or she starts to respond to notifications on their phone. The moment becomes spoiled by the attention lost.

From an asana standpoint, individuals can look inward to see what the point of their practice is. Do they show off to impress others in the class? Do they push too hard to the point of injury to “get into a pose”? To practice saucha in their asana practice, yogis need to subtract any preconceived notions or goals and simply accept where they are at in the process.

By practicing saucha, santosha becomes easier to achieve. Rather than being upset with what people do or do not have, getting stuck in the past or the present, individuals can become content with what they have right now. By recognizing that life is not always perfect, that there will always be challenges or things to learn, individuals can learn to find happiness with whatever circumstance or event arises.

To practice santosha, individuals can simply stop seeking pleasure or trying to avoid unpleasant situations. Rather than spending their time and mental effort seeking enjoyment or trying to avoid pain, practitioners can learn to stop controlling situations and learn to find ease in whatever their present situation is. By accepting that whatever emotional disturbance is a result of their own desire to control, strive, or expect, individuals can work on what they can control– their reaction or response to undesirable events and find contentment.

From an asana standpoint, individuals can learn to be content with where they are in their practice. Instead of striving for more advanced postures they can find contentment with where the body is at in the process. Other examples, can be seen with injuries, age, or limiting physical conditions where certain postures are no longer attainable. Rather than being upset with what they are no longer able to do, they can find ease in their current practice.

By discovering contentment and approaching life with purity, self-discipline becomes easier to practice. Tapas literally translates into “heat” and could be seen as how one continues to keep their inner fire burning to rid themselves of thoughts and actions that are not conducive to supporting a healthy mind and body.

By using self-discipline to practice the limbs and rungs before, cleansing the body, not causing harm, being truthful, and so on, the mind and body naturally rids itself of bad habits, poor health, and mental disturbances. Practicing self-discipline is a choice and students need to make the decision to practice daily, choosing perhaps less exciting but more fruitful activities and thoughts that generate long-term happiness and results versus shorter-term pleasures or easier paths that can cause harm to the body and spirit.

Relating to asana, tapas can be seen as continuing to practice on a regular basis to keep the energy flowing through the body and to keep the mind and body healthy for the following limbs of pranayama, pratyahara, and so on.

By practicing syadhyaya, one experiences greater authenticity to their own life. By practicing self-study, yogis can learn who they are without all of the false truths, stories, categories, expectations, and negative self-talk that everyone imposes on themselves.

To engage in svadhyaya, one must need to understand the projections that they put out into the world. For example, when a person negatively views someone as arrogant, they are able to see the arrogance because they possess the traits themselves. Individuals can also see what they are intimately aware of. Once people are able to see what they are projecting, they can begin to recognize their own demons and ways to address them.

In terms of asana, students should ask themselves how their practice is serving them. Are they prepared for the posture? Is a rigorous practice serving them? Why are the practicing or not practicing at certain intensity levels? How do they feel after their practice? Is the way the practice benefiting them as a whole. By asking these questions, students can adapt their yoga practice to what they need versus what they want.

Isvara Pranidhana — Surrender to the Divine Will

Isvara Pranidhana can be translated into the surrender of the Divine will or a letting go of the ego. By recognizing that we are all part of something larger than the individual self, one’s reason for being becomes more clear. When letting go of the ego, a person is surrendering to a greater force whether it be God, the universe, or simply life.

By surrendering, people can learn to accept whatever comes their way without needing to challenge it or create additional suffering. There is a peacefulness in no longer needing to control or force expectations because there is an understanding that whatever occurs whether it feels positive or negative is supposed to occur.

In an asana practice, one can simply give in to how their practice is that day. If the practice is not enjoyable, they can accept that there is a greater purpose for it not having the level of joy that they want.

While the Yoga Sutras indicate five niyamas, the Upanishads indicate 10 niyamas. The Upanishads were written in the later part of the Vedic period and provide a more thorough explanation of the yoga practice.

Yoga is a system that comprises of 8 parts. The niyamas is the second limb of yoga, with the most common representation focusing on the 5 rungs. To practice the second limb of yoga, practitioners should also study the first limb of yoga to help ensure they are practicing the niyamas to their fullest potential. Similarly, to practice asana, pranayama and the rest of the limbs wisely, practitioners should also study the 5 niyamas.

Balancing 7 Chakras: What Yo...

A Yin Yoga Sequence To Balan...

What is Yoga Therapy? Explor...

Yamas and Niyamas: A Guide t...