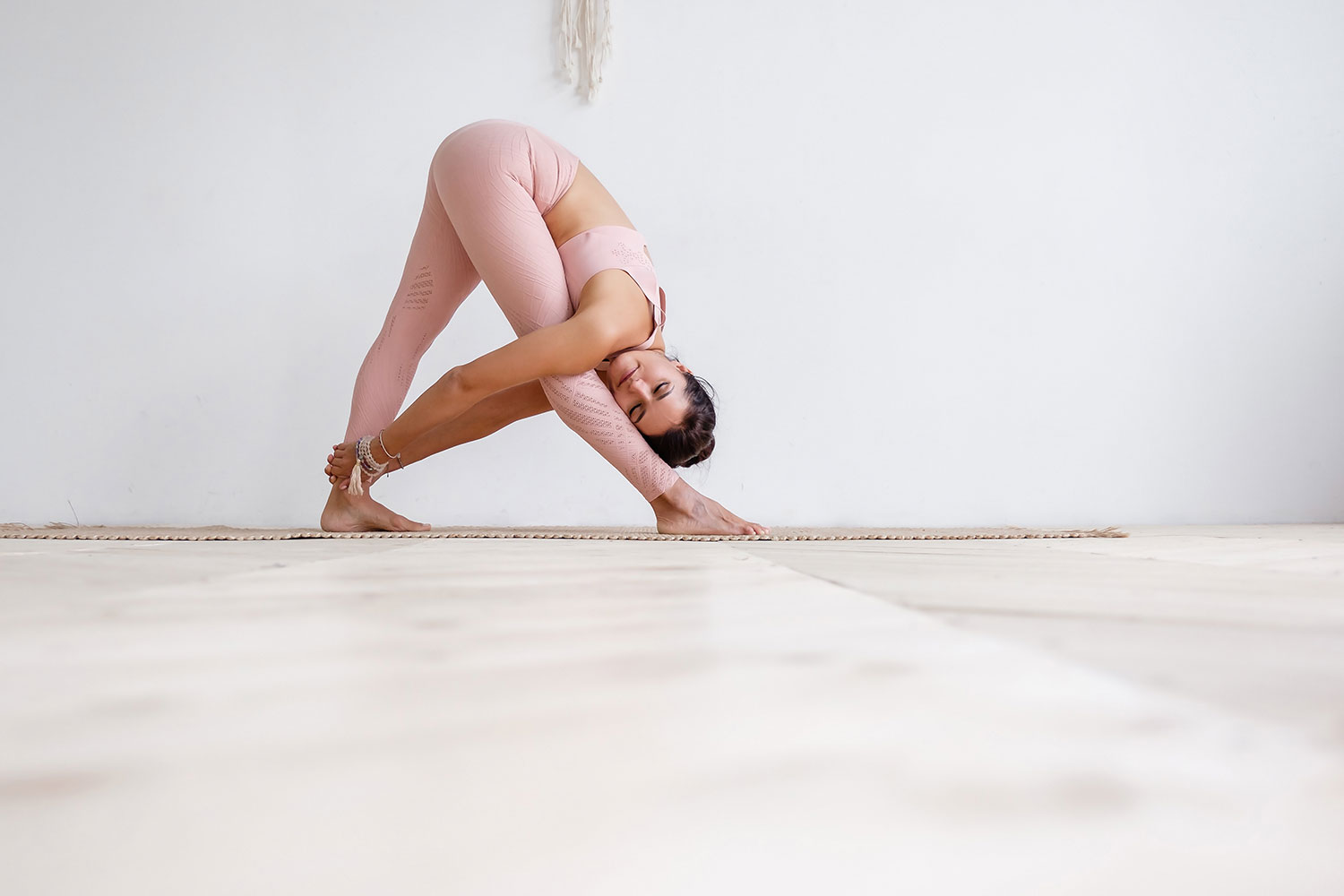 Face Yoga Looks Weird, But Is An Anti-Aging Miracle

With its spiritual roots and philosophical history, yoga is much more than the physical. However, that doesn’t mean that the physical aspects of yoga should be ignored or looked down upon. Instead, the asanas (poses) are the first stepping stones along the path to greater spiritual fulfillment. It was Iyengar who said that,

When the asana is correct, there is lightness, a freedom. Freedom comes when every part of the body is active.

By creating a supple and strong body, a clear line for prana, or energy, is opened up. Energy is able to flow through the body’s meridians. This will not only lead to a stronger physical body, but a stronger spiritual presence and sense of intuition as well. These repercussions are why it is so important to acknowledge posture, alignment, and injury in the practice of yoga.

How Do You Know You Have A Problem With Posture, Alignment, Or Injury?

Posture, alignment, and injury all go hand in hand; when there is an imbalance in one area, it creates imbalances in the others. For example, a minor injury can lead to altered alignment and posture, which can then create worse injuries if there is no intervention. Because of this, imbalances and problems with posture, alignment, or injury should always be dealt with as early as possible.

The easiest way to know if you have a problem with posture, alignment, or injury is through pain. Sharp pain is a clear indicator of injury. Lesser known is that dull aches and pains can be the result of subtle misalignments or postural deficiencies. There are also painless imbalances with posture, alignment, or injury, or imbalances due to emotional reasons. Each of these are discussed below.

Posture is so much more than the old adage of ‘stand up straight!’ Instead, posture refers to positioning of the body in space. It is intrinsically tied with alignment as the key to ‘good’ posture is awareness of the alignment of the entire body.

Posture traditionally refers to the body’s positioning in a static, or still, moment. However, in the context of yoga, dynamic posture, or moving posture, is key. Asana should be conceptualized as a moving, breathing, and changing state, rather than something ‘achieved,’ or still. Posture is perhaps most important during transitions: It is during transitions that posture is most often forgotten or imbalanced, leading to the most common injuries.

Improved posture will create more space within the body for organs to function: Easier breathing, digestion, and more will result. Furthermore, improved posture from yoga is visible. Many people think they can become ‘taller’ due to yoga. This is, however, a myth. Yoga does not make a person taller. Rather, it realigns their posture, as such making them appear taller because the vertebrae are stacked upon each other correctly.

Most postural imbalances are due to habitual patterns. People often position their bodies in the same ways throughout their days. This could be due to many reasons, including environment, jobs, hobbies, routines, and more. Examples of habitual patterns include leaning on one hip, crossing legs or arms in the same direction every time, or (most commonly) hunching forward over a computer, phone, or book. Such patterns may be due, in many cases, to external circumstances. However, once formed they become extremely difficult to break. This is due, in large part, to an anatomical structure called fascia.

Fascia is the connective tissue that overlays and encloses all the muscles throughout the body. It has a consistency that can shift between a more liquid state (the healthy state referred to as ‘sol’), or a more solid state (the unhealthy state referred to as ‘gel’). Imbalances in posture can over time create knots of dehydrated, dense, sticky fascia. Because fascia is one large, interconnected sheet across the entire body, imbalances in one area will likely cause imbalances in another area of the body. As such, habitual movement patterns will alter fascia, which then holds the body in the habit, reinforcing poor posture. Therefore, to improve posture, attention must be paid both to habits and patterned movement, as well as to loosening the fascia that overlays all muscles.

Kyphosis, or a hunched back, is a common postural problem. In many cases, it is due to external reasons such as hunching over a phone, as discussed previously. However, there can also be emotional causes to postural problems. In the case of kyphosis, feelings such as insecurity, or a need to protect oneself can often contribute to postural hunching. Emotions can take root in various areas of the body, and contribute to habitual postural patterns and chronic pain. This isn’t limited to kyphosis, but can include the neck, jaw, belly, hips, and so much more. That is why, in some cases, addressing the environment may not be enough to solve poor posture. Internal contributors such as emotions and past trauma will need to be dealt with and worked through, as well.

Yoga teachers often speak of ‘stacking the joints’ or maintaining ‘alignment’ in yoga poses. However, alignment goes beyond the static poses and should include the transitions between all poses.

Alignment therefore surpasses the physical, but has emotional, mental, and spiritual repercussions. Whereas proper alignment may clear the mind, self, and intelligence, as Iyengar says, it then follows that improper alignment can create blockages in these areas. As such, proper alignment is key to freeing prana flow within the body.

Alignment refers to the arrangement of anatomical structures in relation to each other. Alignment is important in yoga asanas because it keeps the body safe, as well as supports optimal flow of prana.

Keep in mind that there are challenges to maintaining alignment in yoga practice. For example, different styles of yoga have different alignment ideals. A vinyasa style class may teach a slight variation of alignment compared to an anusara style class. Another challenge is that each person’s body is created uniquely. A person’s individual anatomy may mean that their personal ideal alignment is different from the other people in a yoga class. One common example of this is people with shorter limbs attempting to find binds in Ashtanga yoga. Instead of struggling and pushing their body out of alignment to achieve a bind, they may be better suited to using a strap or other prop.

Proprioception is an often ignored sense, but it may be the key to promoting and maintaining proper alignment. In fact, some studies show that yoga can significantly improve proprioception. But what is proprioception? Proprioception is how people know where their body is in space. Anatomically, it relies on the inner ear and neuronal connections.

To understand proprioception, imagine learning how to drive a car. When you first start to drive, you are not comfortable or sure where the car is in space: Will you have space to reverse? Can you fit in that parking spot? Is your passenger side over the line? With practice, you become adjusted to where the car is in space, and where you can move safely. It is the same within the body. Thanks to proprioception, you can be looking one direction, but know where your limbs are and what they are doing. This is key to maintaining alignment during yoga poses, even when not looking at certain body parts.

Unfortunately, injury is quite common in yoga. However, the same can be said of any physical pursuit. Most yoga injuries are caused by practicing asanas with imbalanced alignment or posture, or pushing beyond your physical limits too soon. There are some yoga injuries that are more common than others, such as wrist, shoulder, and hamstring injuries. Each of these injuries can be linked to misalignments in frequent asanas, namely the vinyasa or sun salutation sequences. To prevent injury, the yogi should be sure to check their ego, as well as their posture and alignment, and know when to avoid practicing so as to prevent further injury.  In recovering from injury, the yogi will have to develop postural awareness, proprioception, and relearn habitual postures. Through correcting alignment, they will shift the pain from where it is stuck in the body. This may be either a physical process, perhaps through massage and reorganizing fascia, or an emotional process.

Practicing With An Injury

Practicing yoga with an injury may seem daunting. However, there are many techniques to adapt and modify asana so that a physical yoga practice can continue during a time of injury. In fact, continuing yoga practice during injuries will help maintain muscular balance and promote alignment even when one part of the body is inhibited. There are many adaptations for yoga poses, such as lowering the knees during chatturanga, or bending the knees during forward folds. Further adaptations, such as using props like blocks or straps, can be used as well. The yogi should consult their teacher for advice, and remember that during group classes they can always opt out of poses that might worsen their injury.

What is the underlying key to posture, alignment, and injury? The common thread through each of these is awareness. By building and maintaining awareness of where the body is, how the body structures are aligned in comparison to each other, and any pain throughout the body, a healthy balance can be achieved. Preventing and recovering from injury through good posture and alignment will foster longterm heatlh, and in some cases, even increase longevity.

How to Heal a Pinched Nerve ...