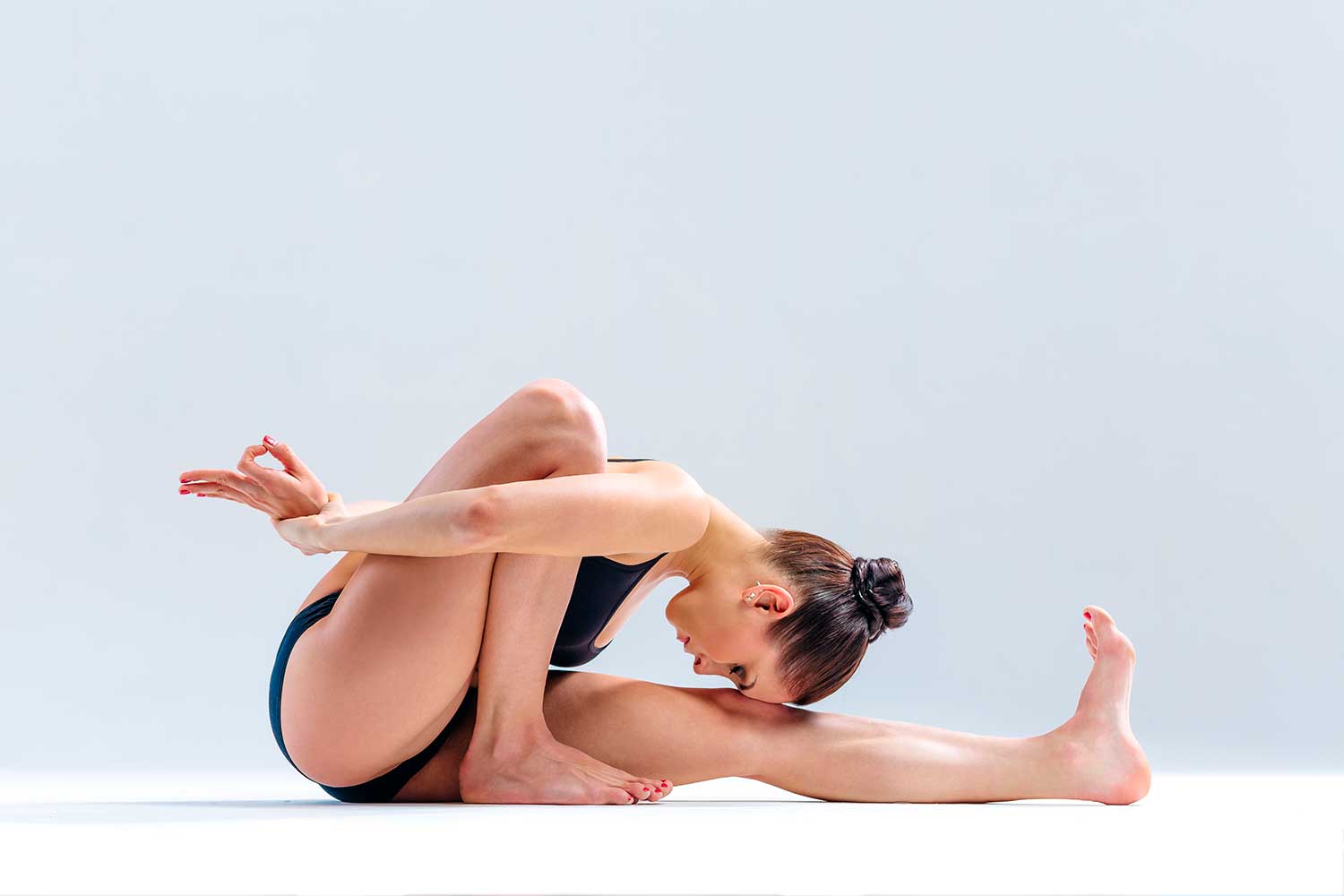 Yoga Poses We Love for Combatting Anxiety and Depression

Many people come to yoga for its range of healing benefits. In the last few decades, much scientific evidence has been published in favor of the health benefits of a regular yoga practice. This supports what many yogis felt and knew for thousands of years: that yoga has the power to heal and prevent many health issues. One of the most common health problems that yoga is beneficial for is hypertension, or high blood pressure. If you or someone you know is beginning a yoga practice to help with hypertension, it is important to understand the physical mechanisms behind yoga, in order to build a practice that best fits your needs.

One in three adults in the United States have hypertension. But why does this matter, and what are the impacts of hypertension beyond pressure numbers? Unfortunately, hypertension is very dangerous and puts people at risk of deadly diseases and events. Hypertension can cause a huge range of health problems, affecting the heart, circulatory system, brain, lungs, kidneys, eyes, reproductive system, and more. As the blood pressure increases, arteries become stiffer and build up plaque, creating a condition known as atherosclerosis. The combination of high blood pressure with these stiff arteries is a recipe for disaster. Specific complications of hypertension can include increased risk for heart attack, aneurism, stroke, heart failure, kidney failure, dementia, and more. These complications not only could disable a person for life, but could even cause death.

The Science Of Yoga And Blood Pressure

Hypertension is obviously a very serious condition requiring medical support, prevention, monitoring and management. So how can yoga help people with hypertension?

It is widely acknowledged that lifestyle factors can be very effective at reducing and managing high blood pressure. There are many contributing factors to hypertension such as diabetes, high sodium diet, drinking excess alcohol, obesity, and being sedentary.

Increasing or introducing physical activity is one of the first lifestyle modifications that is usually recommended to hypertensive patients by doctors. This is because regular physical activity can improve cardiovascular health by lowering a person’s heart rate. Lower heart rates put less strain on arteries and reduce risk of hypertension. Yoga is a wonderful and gentle way to introduce physical activity. But how does yoga compare to other forms of physical activity? In one randomized control trial that compared a yoga group with a walking group, yoga was more effective at reducing blood pressure.

In addition to acting as a form of physical activity, yoga can also reduce blood pressure by reducing stress. Stress is a major cause of high blood pressure. Yoga is a useful tool in reducing stress, thanks in large part to the mediation and breathing (pranayama) components that balance the sympathetic nervous system. A systematic review found that yoga which incorporates poses, meditation, and breathing was most effective at reducing blood pressure for people with pre-hypertension and hypertension.

Most yoga poses and practices can help reduce hypertension. This is thanks to the combination of physical activity and mindfulness that lowers heart rate and regulates the body’s sympathetic nervous system, or “fight or flight” response. However, there are certainly poses that benefit those with hypertension more than others. In a study done by the American Heart Association,  it was identified that vigorous yoga practice (including sun salutations) done for at least ten minutes, three times a day, could be counted toward weekly amount of physical activity recommended to people with hypertension. The gentler and more restorative yoga poses also carry benefits for people with hypertension, though, thanks to their meditative and stress reducing effects. Below, ten yoga poses are discussed in their relation to reducing hypertension.

Contraindications For Practicing Yoga With Hypertension

Before discussing individual poses, it should be noted that practicing yoga with hypertension its risks and contraindications. Most notably, inversions can both benefit but also be a danger for individuals with high blood pressure.

As a rule, full inversions such as head stand (sirsasana) or forearm stand (pincha mayurasana) should generally be avoided. Other full inversions such as shoulder stand (sarvangasana) or plow (halasana) can be very effective at reducing blood pressure but might only be appropriate for someone with already normal blood pressure as a preventative practice. Gentler inversions where the lower body is still supporting weight, including standing forward bend (uttanasana) or downward facing dog (adho mukha svanasana) will likely be safe for those with pre-hypertension or hypertension, but they should still be wary of any potential symptoms, and consult with a medical practitioner before introducing these poses into their practice.

In conclusion, hypertension is certainly a contraindication for inversions. However, this doesn’t necessarily mean all inversions are off-limits for all people with hypertension. In truth, they are some of the most powerful poses at reducing blood pressure so should be included with caution.  The extent of the inversion and the extent of a person’s hypertension are factors that should be considered. Some inversions will be discussed below in light of this warning.

To practice uttanasana, stand with your feet together. Inhale and reach your arms up toward the ceiling, and exhale and fold forward over your legs. Think of hinging from your hips and reaching your sits bones up toward the ceiling, rather than rounding the back. Legs can be straight or bent at the knee depending on flexibility. Take a few moments to breathe here, maybe shaking the head “yes” or “no” to release any tension in the cervical spine.

Uttanasana is considered a half inversion, and as such is likely safe for all individuals with hypertension, but should still be practiced with caution. By inverting the head below the heart, baroreceptors are activated which lower blood pressure.

Inhale in plank pose, and then exhale and the hips back into downward facing dog. The feet and hands press firmly into the mat, whilst you try to foster an equal balance between front body and bottom body. You can also shake the head here to release any tension in the neck. Let the shoulder blades reach down the back and toward the hips.

Downward facing dog, like uttanasana, is another half inversion that should be practiced with caution. As an inversion, it is both a vigorous posture that requires muscle strength and control, and can reduce blood pressure via the baroreceptors.

To practice plow pose, start in shoulderstand with the legs reaching toward the ceiling, and the hands supporting the lower back. Take an inhale here, and exhale and lower the feet toward the back of the room. In plow pose, the hips and sits bones are reaching toward the ceiling, and the legs are straight, the tops of the feet planted behind the head. You can keep the hands supporting the low back, or roll the shoulderblades together and clasp the hands.

Practice corpse pose at the end of your yoga practice by lying flat on your back, feet falling open, with palms open toward the ceiling. Relax your whole body from your toes up to the crown of your head.

Corpse pose is one of the most effective and accessible poses for reducing blood pressure. It does this through its meditative effect that balances the sympathetic nervous system and lowers heart rate. Stay in corpse pose for 5-15 minutes, focusing on your breath.

From lying on your back, bend your knees and plant your beet about hip’s width apart, a few feet in front of your bottom. Inhale, and lift your hips as you roll your shoulder blades underneath you and clasp your hands. Breathe deeply here, filing up your low belly. Try to relax the buttocks and the jaw, and not turn your head to either side to protect the cervical spine. Breathe here for 5-10 breaths, before relaxing back into the mat. Repeat 3-5 times.

Bridge pose is beneficial for reducing hypertension as it reduces stress by focusing on breath. It also relaxes the mind, reduces headaches, reduces anxiety, and more.

To practice legs up the wall pose, scooch your bottom up to a wall and lift your legs up the wall. Lie flat on your back with your palms open and arms extended. Breathe deeply here for 5-10 minutes.

This is yet another very powerful pose for reducing blood pressure. Arguably, legs up the wall pose is an inversion as the legs are inverted. However, because the head and heart are level, it does not present the same risks as other inversions.

In hero pose, you are kneeling but your bottom is positioned between the heels. Knees are together and the tops of the feet press into the mat. If the bottom is not meeting the floor, you may place a block or blanket beneath you as a prop. Palms are open on the knees. Close the eyes here are breathe for 5-10 breaths.

Hero pose is a very restorative pose and as such it can reduce blood pressure by balancing the sympathetic nervous system.

Sit on the floor with the legs extended, in staff pose (dandasana). Bring one foot in, so the sole of the foot is pressed against the opposite leg’s inner thigh. Let the knee fall open. Inhale and reach length through the upper body, and exhale and extend forward over your straight leg. Stay here for 5-10 breaths before repeating on the other side.

Head to knee forward bend is another relaxing yoga pose where the yogi can focus on their breathing (pranayama). As such, it can reduce stress and thereby reduce hypertension.

Lying flat on your back, extend one leg straight toward the ceiling. Find a clasp around the big toes with the index and middle finger of the same side’s arm. The back should be flat on the mat. If flexibility inhibits the grasp, try using a strap to maintain the integrity of the pose. Breathe here for 5-10 breaths, and repeat on the opposite side.

Kneel on your mat, and sit your bottom onto your heels. Inhale here, and exhale and walk the arms forward so the torso is extended over the knees, and the forehead meets the mat. Knees can be either apart or together. Breathe here for 5-10 breath cycles, feeling the body ground itself.

As an incredibly grounding and restorative posture, child’s pose is an accessible way to reduce blood pressure. It is easily modifiable for various ability levels, and brings a stress relieving internal focus to the mind.

Hypertension can be an extremely dangerous condition. On the surface, it may not have many symptom, but it can lead to life altering diseases and events. Yoga can be a powerful tool to reduce hypertension. Alongside medical treatment and management, yoga can benefit people with hypertension by both increasing physical activity, and introducing stress reduction techniques. People with hypertension should be aware of contraindications such as inversions, and discuss this with their medical providers, before beginning a yoga practice.