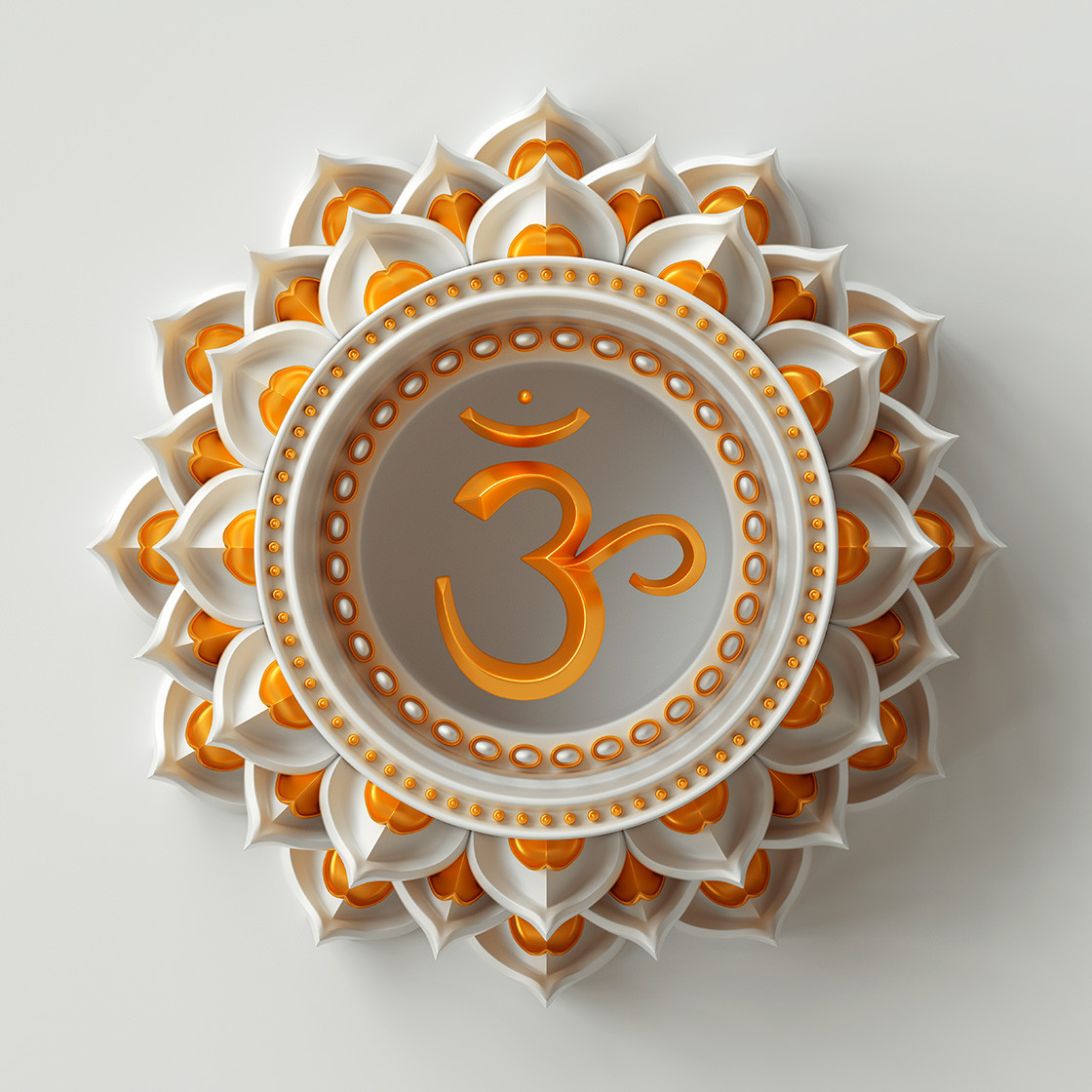 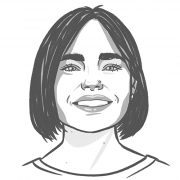 Paving the way for yogic living in Nebraska, Jacqueline Roberts…

10 Things No One Ever Tells You About Yoga Teacher Training

Have you ever practiced chanting Om? Have you felt the soothing guttural hum of your body, heard the echoing sound of others’ chants in a warm yoga room, looked out into the room, surrounded by strangers, but somehow felt close to them? That is the magic of Om. There is something very calming about chanting Om, especially when you have the pleasure of doing so with a loving group of people. It is commonly practiced in some yoga classes or can even be found in meditation soundtracks to help center the spirit and calm the mind. In fact, the word “Om” or “Aum” has become almost as popular as yoga and meditation themselves.

We may be familiar with the use of “om,” but how much do we really know about the meaning of Om? What about the symbol itself? Understanding the origin, history, and meaning of Om will not only help you become a more mindful yogi, but may just open your mind to new uses of the chant and the beauty of the symbolism.

As yoga students, we can learn so much from the meaning of the Om symbol. There is a much deeper purpose to this intricate symbol than simply the sound and the ritual of practicing it in your local yoga studio. Understanding the hidden beauty will open up a greater respect for the history and uses of the Om symbol and it’s practice. Let’s dive in and find a deeper understanding of this ancient symbol.

What is the Basic Meaning of Om?

Understanding the meaning of Om can be difficult. This is because there is no exact definition of Om. It is more of an idea, an essence to comprehend. Some translate Om to “the word of God,” others see it as a primal vibration. It is the sound that connects us to our higher self, the connecting vibration in us and all others. The essential similarity in all living things. It is everywhere outside of us, and within us.

Aum is often used interchangeably with Om, but Aum invokes another set of symbolism. The A in Aum calls upon Brahma, which is the creative aspect. The U follows, invoking Vishnu the preserver. The M sound finishes the sound and represents Shiva, the destructive aspect of God. Altogether, we see the full cycle of life. Creation, preservation, destruction. And the cycle repeats endlessly, just like the cycle of life itself.

Anatomy of the Om Symbol

We all know Om to be a beautiful scripted symbol. The real beauty, however, comes from the imbedded meaning in each aspect of the Om symbol.

The first curve of the Om represents the waking state. This is where we are when we are going about our lives, awake and carrying on.

The second curve of the Om represents deep sleep or our unconscious state. This state is when our minds are quiet, there is no waking thought or dreaming.

The third curve of the Om represents the dream state, that which is between waking and sleeping. This level of consciousness allows us to operate in a different state than waking, but we are not fully unconscious.

The dot on the Om symbol represents the absolute state of our consciousness which illuminates all other states of consciousness. This is sometimes called nirvana, the ultimate goal of conscious awareness.

Finally, the semicircle represents “maya.” This is the veil of illusion that separates the absolute state from the other states.

Overall, the entirety of the Om symbol paints a picture of the realm of life. Our waking state, dream state, unconscious state, and state of absolute consciousness are all accounted for. These are all of our possibilities in life. But the veil, the illusion that lies between our consciousness and the absolute is very much present as well.

Om is the first letter to appear in ancient Sanskrit writings called the Vedas. These texts date back to 1200-1500 BCE. While it was first written down here, Om was used in speech – even sung – as a prayer to the divine. Later on, Om was further discussed in the famous Upanishads.

Om was, and is, considered more than just a symbol or a chant. The sound of Om and the vibrations it creates in the body and the environment render it something metaphysical. As part of the concentration teachings of the sixth limb (of the Eight Limbs) of yoga, deep concentration and meditation (often with the help of the sacred “Om” chant) connects followers to divine energy.

Om is the first of the seed, or bija, mantras. Om carries the pranic energy and is an innate, root syllable and considered one of the primordial sounds of the universe. This is why Om chanting is considered one of the best ways to connect to the divine. Many teachers recommend chanting Om to help students advance in their meditation sessions or to overcome rough patches of growth or difficulty. The core sound resonates in all of us and is a way to center and connect to the world around us. Sometimes returning to the simplest form of our being, our most ancient vibration as living things, is the best way to reset the mind and transcend through our conscious and unconscious struggles.

How Do We Use Om Today?

The Om symbol is no stranger to us in our modern age. Despite its ancient history and deeply spiritual meanings, Om can be found everywhere; from religious texts to street corner merchandise to tattoos and business logos. Many people have adopted the Om symbol with special personal meanings. Perhaps it represents the intense love they have for yoga, or their own journey with consciousness or life itself. Others still carry a spiritual or attachment to the Om symbol and use it with religious (often Hindu) ceremonies or prayers.

The Om symbol is for anyone who wishes to connect deeper to the meaning of life, the vibration that lives in all of us, and the buzz of the universe itself. However you enjoy Om, just remember to respect it as a symbol of ancient spirituality and some religious practices. It carries a history, but it is for anyone.

Yoga: Om is often used in yoga classes to help close out a class or session. After a group practice, this is a beautiful way to bring everyone in the class together and celebrate the vibration of life. There is something so powerful about a whole room of people chanting Om!

Tattoos: Om is a popular tattoo among yogis and other spiritual people. There are some rules to follow, however, if you want to uphold some of the religious connotations of Om. For those following the Hindu faith, it may be seen as disrespectful to choose any area below the waist for the Om symbol, including the legs and especially the feet.

Using Om in Your Daily Life

Om can be an amazing tool in self-transformation. Sometimes the simplest of ideas can provide the most significant change and benefit.

Chanting Om as part of your daily meditation or yoga practice can bring you into a deeper level of concentration and focus. Our minds run rampant when we give them nothing to do. Sometimes, focusing on the breath isn’t enough to quell our anxious minds. By using Om to re-center and connect to this innate vibration, we are able to put our busy minds to work on one simple, meaningful task.

Summoning in this healing vibration to your daily life is a beautiful practice in and of itself. Om activates our senses and our deep connection with all living things. This is a calming practice that also helps remind us of why we are here on this Earth. To live, to create, to connect, and to eventually cease so the process can start all over again. Giving ourselves safe space to do this, and the others we encounter, is one of our most important goals in this life.

One easy way to incorporate the beauty and healing of Om into your daily life is to simple chant “Om” or “Aum” three times after your daily yoga practice. If you are not currently engaging in a regular yoga practice, consider chanting Om three times upon waking, before going to bed, or after your morning tea. A great centering and heart-opening exercise is to say Om a few times before entering a situation that is stressful or worries you, such as a meeting, presentation, or potential conflict. It will help bring your back to your center and help you address the situation with love and connection.

The Beauty of Om

No matter your unique take on it, the Om symbol and its meaning is a beautiful concept. Om is primal, innate, and ever-present. Om is the pulse of the universe and the pulse between us all.

Dedicating a few moments each day to singing a few Om chants will not only bring you peace, focus, and tranquility, but will help keep you connected to your environment and others. Remember to use it respectfully, and share your wisdom with others.

Paving the way for yogic living in Nebraska, Jacqueline Roberts is adored by her students as a constant source of support and inspiration. A knack for writing allows her to share what she has learned with the world.

What is Yoga Really All Abou...