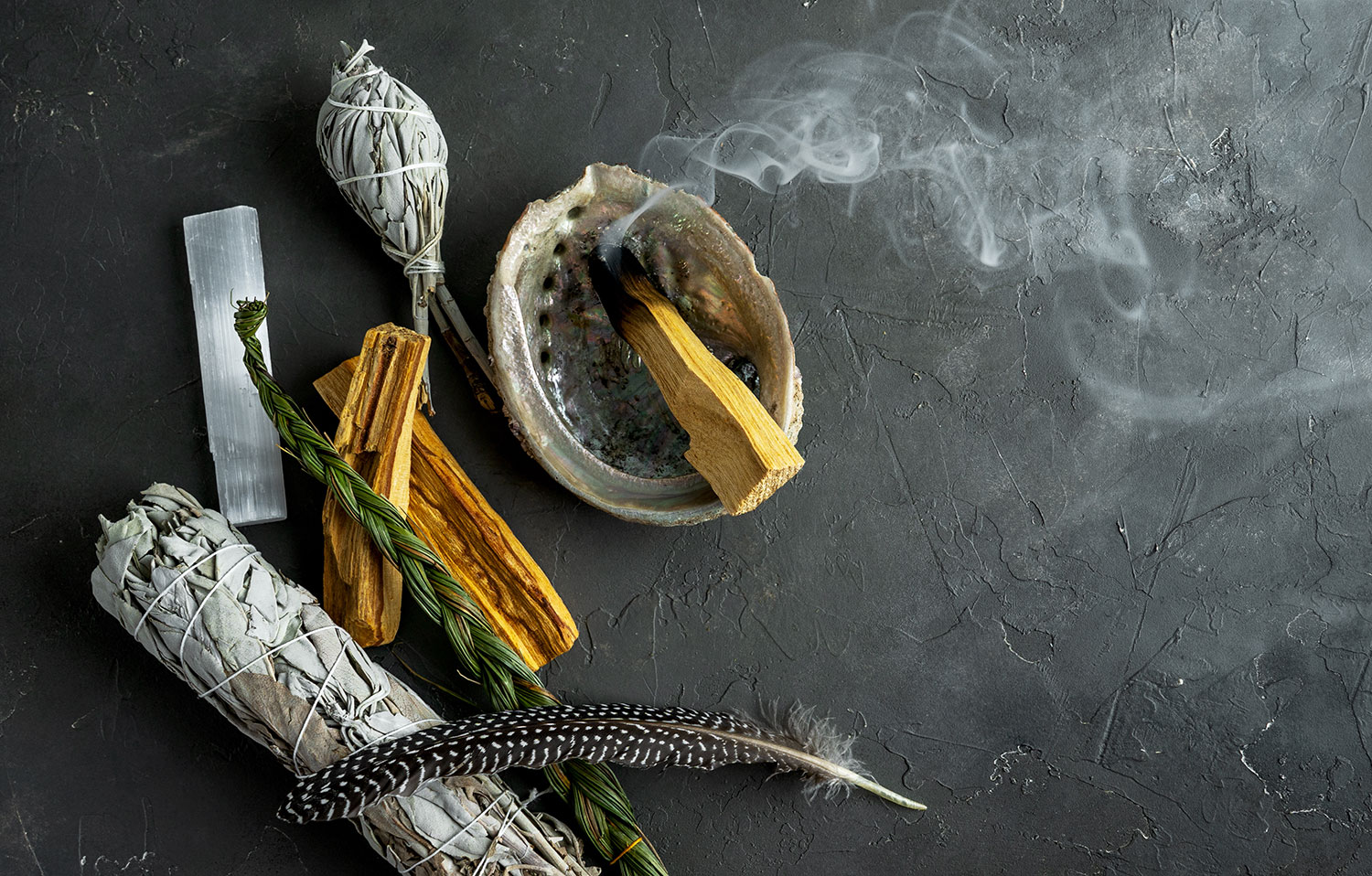 The 7 Chakra Crystals: Guide to Enhancing Your Energy

m Humans are 60% water. When a person’s mental and physical state absorbs too much negative energy, it starts to hold the person back in their daily life. This is where sage bundles come in.

It might seem like the latest trend in the New Age community, but the use of sage bundles to cleanse energy dates back thousands of years. Smudging — as it’s known — has long been seen as the Indigenous American use of incense. That said, it is sacred to native cultures.

Below is a detailed history of the origins of sage use and how to practice the sacred cleansing yourself!

The Origins of Sage Bundles

The act of smudging is seen less as an act and more as a ritual or spiritual ceremony. One lights the sage bundle to create a sacred bath of smoke. In turn, the negative energy is absorbed and transmuted into neutral energy once again.

White sage is the most commonly used variety of sage for smudging. It is native to the West Coast, including California and other mountainous regions. Tribes like Lakota and Cahuilla are two tribes known for using the sacred plant. Such tribes also include an abalone shell and bird feather into the ceremonies.

A crucial part of the ceremony is to simultaneously invite balance into your life. This is done by invoking all four elements into the ceremony. The abalone shell brings the element of water. The sage brings the elements of earth, air, and fire. The bird feather is symbolically known for its connection with the heavens. It is used as a comb to sift through the negative energy and aid in the transmutation process.

There are sacred plants that Native Americans ceremoniously burn. Still, sage is specifically known for its cleansing and purifying abilities. As a result, this helps the person to live a more fulfilled life. The person has clearer insight and can accomplish goals with fewer obstacles in their way.

How to Cleanse Your Energy Using Sage Bundles

Sage bundles have an ancient and spiritual history. That doesn’t mean you have to be spiritual or perform a ritual to cleanse your own energy, though. In today’s world, sage is used before meditation or yoga. It’s used to cleanse a particular space after an argument. It’s even used before work to get the person physically, mentally, and energetically ready for the day.

Whether the use is ceremonious or casual, the benefits remain essentially the same. That said, there are a few things to keep in mind before smudging with sage:

At the end of the day, the way you sage yourself is absolutely perfect. Yes, there are ritualistic and ceremonial aspects. That said, regardless of the way it’s used, sage still provides cleansing and purifying properties when it’s burned.

Setting the intention is perhaps the most important part of the entire smudging process. A person’s thoughts have the power to change the world. It’s no surprise that an intentional thought while lighting sage can lead to energetic benefits. Energetic benefits aren’t the only benefits of using sage bundles, though. The smoke produced can also lead to a number of benefits.

It is true that the use of sage bundles in today’s world seems a little gimmicky. However, there are a number of benefits when the plant is used ceremoniously and respectfully. Perhaps the most well-known benefits attributed to the energetic cleansing and purifying abilities of the plant.

Contrary to popular belief, there are physical and mental benefits as well:

Granted, the benefits are considered a pseudoscience. This could be the main reason the use of sage bundles wasn’t nearly as popular until the New Age movement came about. However, that doesn’t take away from the fact that people everywhere believe in the sacred abilities of the plant. They believe because they have seen or felt the benefits themselves.

One great example of this is when a person feels extremely lost in life. They have no direction, are depressed at a dead-end job, and oftentimes feeling hopeless or angry about it. The power of intentional smudging with sage doesn’t only clear the pathways for better insight. It can quite literally help the person calm down and breathe deeper as well.

Sage can be the catalyst that moves you toward achieving your wildest dreams! In turn, this means the actual benefits of the use of sage are endless. However, you cannot sage if you aren’t aware of the symptoms commonly felt when someone’s energy is negatively influenced.

The physical and mental benefits of using sage are directly related to the energetic benefits the plant provides. Knowing this, it’s always best for the person to listen to their body to know when it’s time to sage again.

Everyone is unique, and we all will experience different symptoms, but there are a few common symptoms most people feel:

When it’s all said and done, humans are energetic beings. When a person’s energy is off, it can and does affect other areas of themselves and their life. Many times, when most Americans feel physical ailments, they run to a doctor for a diagnosis. However, sometimes the answer is a simple energetic cleansing. Traditional doctors are not trained in this.

That’s why it is up to the person to take their entire life into consideration when trying to understand certain physical pain. In other words, that stomach ulcer could be a physical manifestation of an energy blockage that went unnoticed for too long.

There might not be scientific facts to give a viable reason for using sage bundles. Still, there is hardly a reason not to give it a try for yourself. Smudging with sage has been used for centuries by Native Americans and continues to be used today. This evolution has also led to more casual use of smudging as well. However, that doesn’t take away the potency of the cleansing and purification the plant provides.

As long as practitioners are open and receptive, the plant will do its magic. It is important to spiritually and energetically cleanse often. Doing so encourages a full experience of the benefits. Those that do can more easily see their true life’s path. Not only that, but they can more effectively work toward achieving that mission as well. It’s largely thought that when it’s difficult to clearly see one’s path in life, it has a lot to do with their energy field being muddled or fogged. This is exactly what sage is good at.

The next time you are feeling lost or energetically bogged down, give sage a try!

How to Practice Uddiyana Ban...

Mobility vs Flexibility: The...