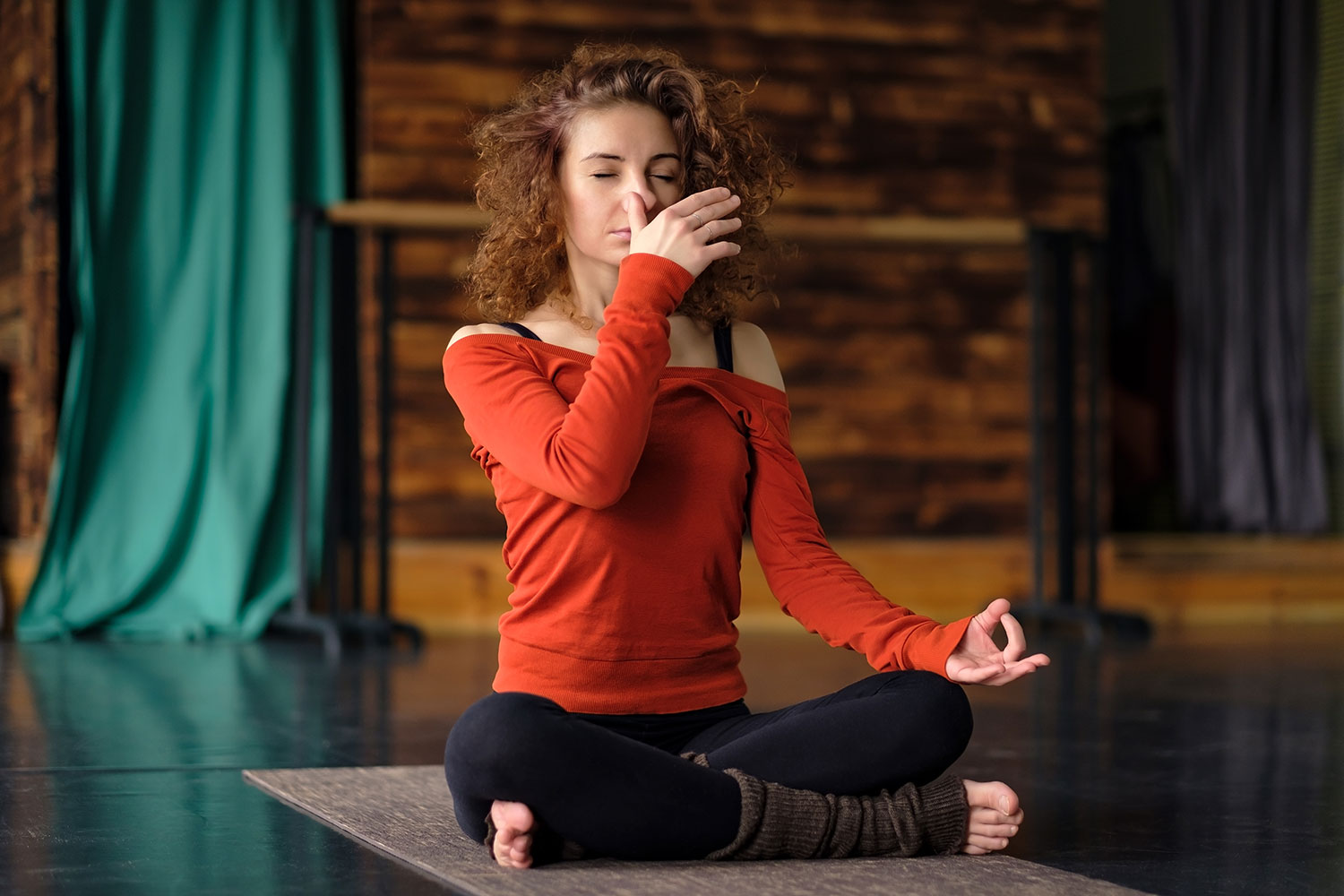 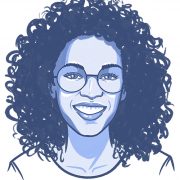 Serving as a specialized nutritionist for 15 years and a…

Despite popular culture’s association with the clothing and gear brand, prAna, there is a whole lot more to the word than stuff. In fact, it in a way, could be called “the stuff of life.” In many lineages, languages and parts of the world prana is equivalent to chi, qui, ki, qi and other words meaning something close to breath or wind but more specifically “vital life force.” When broken down the Sanskrit word prana can be divided into two syllables ‘pra’ acting as a prefix meaning ‘constant’ and ‘an’ translating to ‘movement’ so ‘constant movement’. It’s a type of life defining warmth or energy which comes to be upon conception. It’s the constant eb and flow of our pulses.

In order to understand the roots of prana there are a few key terms which are necessary to know.

Prana can be categorized among the five major vayus. It can be used to describe our breaths or winds, but is more acutely described as “the exhaled breath which lives in the lungs” or “inward moving energy”. In some texts Prana is said to be of the sun connecting all of the elements. It is a part of all things living and not, this “vital force” binds us all. In that context it may be referred to as “universal prana”.  In the collective writings of yoga and its sister science, Ayurveda, refers to prana as a concept, a way of practicing, controlling and sustaining our energies and vitality employing breath, the chakras, the nadis, vayus, bandhas, asana, concentration and much more.

Among the eight limbs, pranayama, the practice of various exercises to strengthen breath control comes before meditation. It is said that the importance is to bring prana to the mind so stillness is accessible physically and mentally. The mind is easily distracted and quickly becomes restless when not properly pranically fueled. According to many ancient texts about yoga, tantra and kundalini there is great detail about how this prana expansion or control is practiced.

This is where they Nadis and chakras require understanding and employment. It is said that the breath or prana starts at the mooladhara or root chakra, which is correlated with the perineum and cervix. The breath (pranic energy) is thought to be carried by the Pingala nadi flowing right from the root and crossing paths with Ida at each consecutive chakra until the sixth, the third eye or ajna. In a simple practice of pranayama one may visualize the inhale starting at the base of the spine and curving right, crossing the spine and curving left at the level of swadhisthana or the second chakra, the sacral chakra. Coming back to the spine or central nadi, sushumna and passing ida at the level of the diaphragm, the solar plexus, third chakra or manipura to ‘s’ curve right again. Following this pattern past the fourth, heart chakra or anahata, fifth or throat chakra called vishuddhi and finally to the third eye, sixth chakra ajna.  Here the nadis meet at their end.

The yogic practice is important because the Pingala nadi is the origin of distribution for prana to reach all of the organs and lengths of the body. Each passed chakra sends the “life force” out to particular organs, glands and systems. In reverse order, ajna feeds the brain, vishuddhi the sensory organs and throat. The fourth or anahata naturally distributes to the cardiovascular and respiratory systems; while manipura fuels the digestive system. The genital and urinary systems are supplied by swadisthana, which comes after the beginning of the pranic wind up from the root or mooladhara.

The real meaning of pranayama, according to Patanjali, the founder of Yoga philosophy, is the gradual cessation of breathing, the discontinuance of inhalation and exhalation. Swami Yogananda.

The practice of pranayama teaches us to control our breath in order to control the pranic flow which can influence everything from our energy levels to our digestion, health and general balance and well being. These practices can help us learn to guide energy to specific parts of the body which are feeling depleted or in need of healing. With focus our intuitive life force will go where it is most needed. We can with control help hasten our reparation process by being able to heighten the amount of life force in an injured or ill body part or organ. If we are generally depleted of prana we may feel an overall sense of nervousness, instability or sickness. When one has a mastery of pranayama they are believed to be able to refill the pranic cup and reverse these symptoms. Conversely, it is said that if one has an excess of prana they are able to share it and help heal others. Other pranayama techniques are used to cleanse the nadis, clear the sinuses, build heat in or cool the body, calm the mind, trigger the parasympathetic or sympathetic nervous system and much more.

Not so simple as concentrating on breath is pranayama. Sure, just by breathing deeply we can increase oxygenation in our body, strengthen our respiratory system and circulation. In order to increase our prana though, we must understand the difference between simply breathing, deep breathing and pranayama in practice. We are gifted with certain automatic functions, based in the posterior aspect of the brain. Among these is breathing, we don’t have to try or even be conscious of the fact that we are consistently inhaling and exhaling. It is a basic function of all life. When you become aware of breath and are able to concentrate consciously on the actual process of breathing we shift to the frontal lobe of the brain.

Many scientific experiments have shown that there is a significant difference between automatic breath and conscious breathing. While we can supply the body with prana regardless, only through practiced concentrated breath work or pranayama can we fuel the mind sufficiently for it to adapt and grow. However, it is still not that simple. In order to get prana to the brain we must use the bandhas to find a negative force helping prana move up the spine, think water up from a well.

As described above the bandhas must be employed to created this force. First, creating prana in the lower body via breath, then using moola bandha. This physically is a contraction of the pelvic floor, specifically the perineum, locking prana in the body and helping momentum upward. Next uddiyana bandha, using contracted abdominal muscles to push upward still to the jalandhara bandha, throat lock which materializes as a throat hollowing chin to sternum. The three together moving prana to the brain with the help of the circulatory system and the subtle circulatory system.

Of course, there are less complicated ways to bring prana to the frontal part of the brain. Specifically and perhaps most efficiently is practicing Shambhavi mudra. This is a concentration or gaze toward the center of the forehead otherwise referred to as the third eye. With eyes opened or closed focusing the eyes toward the center point between or slightly above the brow line. The idea here is that by concentrating on this sixth chakra the 5 pranas or vayus are pulled up to vitalize the frontal lobe.

It is also known that the physical practice of yoga or asana can help with pranic flow. Because specific postures correlate with and activate specific chakras, we can use them to influence our energy or prana. For example the vishuddhi chakra is correlated with the throat which speaks directly to the thyroid and parathyroid glands. So, if we practice postures which compress or contract therefore activating these glands we can bring fresh blood flow, balance and energy there. Shoulder stand or salamba sarvangasana is an excellent option for this practice, not to mention it naturally simulates the jalandhara bandha.

All of this pranic control and expansion is working toward a goal of bliss or freedom, maybe just freedom from unnecessary suffering. The practice of the eight limbs of yoga, including asana, pranayama and meditation, each preparing us consecutively for the next. But, outside of us as individuals exists a force referred to as “universal prana”. Our individual prana is a part of this whole. In good practice and connection we can easily pull from the universal prana with ease when needed.

This is said to take a lot of work, a lot of practice and a solid meditation practice. When we reach a space of being able to control the body, the breath and the mind, we are able to find a space of eka grata or single pointed focus. The same third eye center is where this connection to the universal prana. With great awareness and concentration this light is said to grow from the point of ajna chakra to an all encompassing light. Here in this light we can attune to the big prana, “universal prana”. Once you are here, you become a medium for this prana, you are granted access in a way.

Remember, this all takes a serious discipline of practicing to expand prana, to get this vitality not just to your brain but to the frontal parts of your brain. Even more acutely to the ajna chakra. Some of us will never experience this “universal prana”, that does not mean we cannot or should not continue to practice bringing in more breathing techniques to at least energize or calm or more to help recover and heal from any number of injuries, illnesses or imbalances. In the study of prana and the practice of pranayama we have a lot of tools. Taking it one step at a time is beneficial for gaining a deeper understanding and a firmer grasp on the practices, pieces and parts from subtle to physical to universal body which lead us on the incredible inward journey toward samadhi.

Serving as a specialized nutritionist for 15 years and a yoga instructor for 10, Nina is well-informed on what it means to nourish the body and mind properly. You’ll be astonished by a broad range of lifestyle hacks, diet recommendations, and yogic wisdom in her work.

How to Practice Breath of Fi...