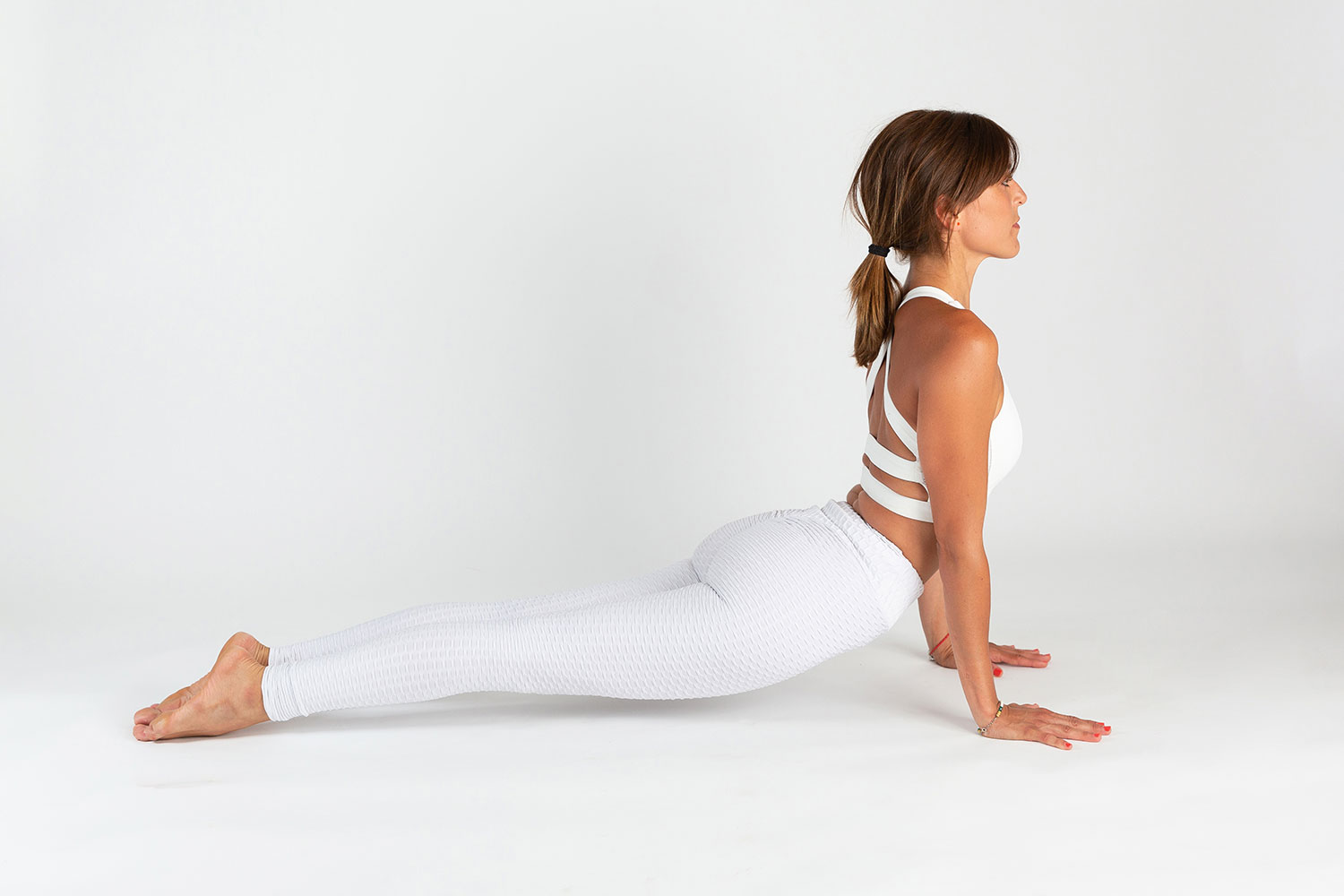 What Is Raja Yoga?

Cobra pose is a foundational yoga pose that every yogi will learn at some point, no matter what style of yoga they devote themselves to. It is a low impact back bend that will help strengthen the back muscles, whilst opening and lengthening the front body. It is often practiced during sun salutations (surya namaskaras) as an alternative to upward facing dog pose (urdvha mukha svanasana).

The Sanskrit Behind Cobra Pose

As with all yoga poses, the original name of cobra pose is Sanskrit: bhujangasana.The translation of bhujangasana is not exact, but is thought to mean serpent, snake, or cobra, as the pose is aptly named in English. It is believed that cobra pose was named for the snake-like shape that the yogi makes in the pose. This is slightly unusual, as many yoga poses’ original Sanskrit names are quite literal, and refer to the body parts (hand, foot, arm, big toe) and how they anatomically connect in the pose. In cobra pose, the yogi’s lower body remains flat on the mat, whilst their upper body rises strongly up and open, as if they are a cobra rising from its coil.

How To Practice Cobra Pose: Step By Step Instructions

There are many benefits of cobra pose, and reasons to include it in your practice. Here is a selection of cobra pose benefits:

Back strengthening: In cobra pose the back is put into extension. This helps strengthen the back muscles, including the erector spinae, latissimus dorsi, trapezius, and more.

Back flexibility: Because the back is in extension, this means the natural curve of the spine is reversed in cobra pose. This will help improve spinal flexibility.

Improve digestion: Cobra pose increases blood flow to the abdominal organs and is believed to help with digestion.

Realign spine and promote disc health: As a back bend, particularly a gentle backbend, cobra pose is ideal for people with lower back pain. It will help realign the spine and bring fluid to the intervertebral discs, gently coaxing any bulging discs back into place.

Reduce stress: As with many yoga poses, the combination of intentional breathing and movement in cobra pose will help reduce stress. As the chest opens, imagine more air rushing to the diaphragm and regulating your breathing.

Improves sciatica and nerve pain: As it realigns the spine, particularly the first few vertebrae, tailbone, and coccyx, cobra pose will also help improve nerve pain and sciatica, which results from misalignment in this area.

One of the final, and most important benefits of cobra pose is that it is low impact. This makes it appropriate for most practitioners, meaning many people can benefit from this pose.

Contraindications And Precautions Of Cobra Pose

Shoulder injury: Cobra pose puts pressure on the shoulder girdle and should be avoided among those with shoulder injuries.

Back injury: If you have a back injury, whether skeletal or muscular, you should proceed with caution when practicing cobra pose.

Hand injury: Similarly to wrist injuries, people with hand injuries may choose to avoid cobra pose for the pressure it puts on the hand.

Recent abdominal surgery: Cobra pose puts pressure on the abdominal organs, pressing through this area of the body and increasing blood flow. As such, people who have recently had an abdominal surgery should wait a period of weeks, as determined by their doctor, before returning to yoga poses such as cobra pose.

Pregnancy: Women in their second and third trimesters should avoid cobra pose and other backbends that may increase risk of diastasis recti. As a gentle backbend, cobra psoe should be safe in the first trimester, but as always a doctor should be consulted first.

Diastasis recti: Individuals who are post-partum or otherwise suffering from diastasis recti should avoid cobra pose, as it will aggravate and increase the abdominal separation.

If you are not confident whether cobra pose is appropriate for you, it is best to proceed with caution and discuss your concerns with your qualified yoga teacher and a medical professional before practicing.

In sphinx pose, the yogi plants their forearms on the mat, with the shoulders aligned over the elbows. From this position, they backbend. This limits the range of the backbend and does not give quite as much extension as cobra pose. However, sphinx pose is an ideal modification for individuals with hand, wrist, or even shoulder injuries who cannot place pressure on these joints.

Also called low cobra pose, this option is the most similar to cobra pose. The yogi simply does not lift their torso into as high of a backbend in this pose. It is a good modification for beginners, anyone with arthritis, individuals with limited strength or flexibility, those with lower back pain, and more.

This yoga pose is a variation for cobra pose. The two poses are often practiced interchangeably in the sun salutation sequence. In upward facing dog pose, the hands are planted below the shoulders. The yogi straightens the arms and backbends. However, the only points of contact with the mat are the palms and the tops of the feet, as the legs are engaged and lifted off the mat. This pose will put more pressure in the wrist and shoulder joints than cobra pose does.

Remember that cobra pose, sphinx pose, baby cobra pose, and upward facing dog pose each have their own unique alignment and benefits. However, they can still be practiced interchangeably. For instance, if you are just warming up, baby cobra pose might be best for you. As your body warms up, you could progress through cobra pose and upward facing dog pose. Listen to your body and try the pose that fits you best at any given moment.

Cobra pose is an essential yoga pose that it is likely most yogis will learn at some point. It is useful as a restorative backbend, as well as a more dynamic pose during a quick vinyasa or sun salutation. As with all yoga poses, the yogi should aim to practice with integrity and correct alignment, in order to avoid injuries and receive the best benefits of the posture.