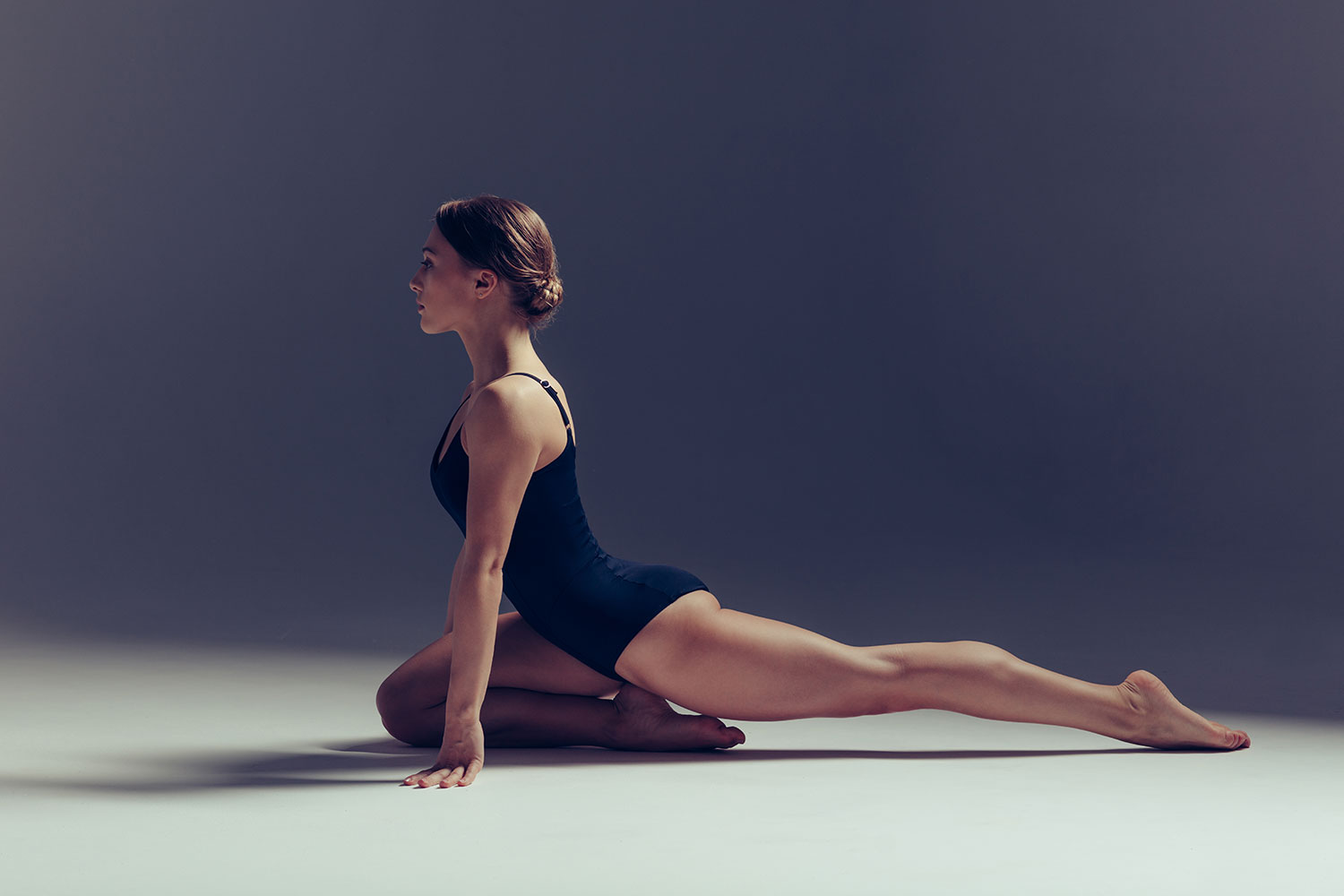 What is raja yoga? You may have heard of raja yoga before, also commonly referred to as the “royal path” of yoga, or “classical yoga.” Raja yoga is different from the common styles of yoga, such as hatha, vinyasa, yin, or similar. Rather, it is one of the four recognized “paths” of yoga, from which modern yoga as it is practiced today stems from. Within raja yoga, the yogi practices meditation and asanas, and journeys to enlightenment, or Samadhi, by following a sequence of steps.

From the Sanskrit translation, “raja yoga” means royal union. This can be interpreted in a variety of ways. One interpretation is that, as with all yoga, the yogi is seen as one with the Divine and all beings. So not only is the Divine “raja” or royal, but so is the self, and so are all creatures. Practicing raja yoga is a way of practicing respect for and union with everything. When the yogi experiences the world in this way, they are able to release their ego and all past and future suffering.

Raja Yoga And The Paths Of Yoga

These other three paths of yoga were all originally mentioned in the ancient text of the Bhagavad Gita. They were shared as ways for a person to reach enlightenment, or Samadhi. However, it is worth mentioning that unlike these three paths of yoga, raja yoga was not discussed in the Bhagavad Gita as a path to enlightenment. On the contrary, raja yoga was used as a synonym for enlightenment itself, not as a way of practicing yoga. Over time, though, raja yoga has evolved and now exists as its own unique path. This is thanks to scholars and yogis including Swami Vivekanda, Patanjali, Sri K. Pattabhi Jois, and others. As such, in comparison to the other paths of yoga, raja yoga could be seen as the most modern path.

The Texts Of Raja Yoga

To understand raja yoga, and all the paths of yoga, it is important to look through a historical lens and examine the texts of yoga. This can illuminate how raja yoga was developed, and if its current incarnation is aligned with its origination. Below are three texts central to the development of the path of raja yoga.

Bhagavad Gita: As discussed, the Bhagavad Gita is a central text in yoga, which mentions the other three paths of yoga. It is considered as one of the first texts on yoga, and the root of all yogic philosophy. It is a Sanskrit epic which is a narrative between Prince Arjuna and Krishna before battle, in which Krishna advises the Prince on the philosophies of yoga. Although raja yoga is not fleshed out as a path of yoga in this text, this is the first time raja yoga is mentioned as a synonym to enlightenment.

The Upanishads: In The Upanishads, the paths of yoga are discussed more in depth, building on the philosophy from the Bhagavad Gita. Up to this point, meditation was seen as the path to enlightenment, and yoga as a way of controlling the mind. The Upanishads introduce ways to control the body, as well, as a step to enabling meditation. Raja yoga is also first mentioned here as an individual path, alongside styles of yoga such as kundalini yoga and hatha yoga.

The Yoga Sutras of Patanjali: Written in the second century by the sage Patanjali, The Yoga Sutras are a series of short sayings that build on the foundation built by The Upanishads. Each of these sayings, or sutras, are a lesson in how the yogi must think and act. In The Yoga Sutras, Patanjali delineates the eight limbs of yoga, or yoga as an “eight fold path.” This is the first time that raja yoga was mentioned as its own individual path, with an organized method of practicing.

Al Biruni’s translation of The Yoga Sutras of Patanjali: Since The Yoga Sutras were first written, they have been continually examined, translated, and interpreted by scholars. One of the most notable translations is that of Al Biruni in 1000 AD. This is notable because unlike most yoga texts which were written in the Hindu tradition, Al Biruni was a Persian scholar. He translated The Yoga Sutras for a Muslim audience in Arabia. It is believed that Biruni slightly altered the sutras to match his monotheistic audience. In any case, his translation resonated with the royalty of the Arabian Peninsula at the time who were looking for mystical powers. In the 1800s, after centuries of the ancient yogic texts being lost, Biruni’s translation was rediscovered. This led to a resurgence in interest in yoga, and ultimately the rediscovery of the original Yoga Sutras.

The Eight Limbs Of Yoga

Yamas: The yamas are the first of the eight limbs of yoga, and the first piece of philosophy that anyone wishing to practice raja yoga must understand. They are principles on morality and self restraint, and are characteristics that a yogi should have. There are five yamas.

Asana: The third step of the eight fold path is likely the most recognizable to modern day yogis. Asana means “comfortable seat” in Sanskrit, and refers to the yoga poses that are practiced physically. The purpose of asana is actually to prepare the body for meditation. If the yogi can find peace of mind in a taxing posture, then they will be more prepared to meditate no matter the circumstances, physical, mental, or otherwise.

Pratyahara: Pratyahara is the fifth limb of yoga. It refers to withdrawal of the senses. As the yogi withdraws their attachment to the senses, they become more inwardly focused and as such further prepare the body and mind for raja meditation.

Dharana:
Building on the sensory withdrawal of pratyahara, the sixth limb of dharana is all about fostering complete focus. Through dharana, the yogi learns the ability to concentrate on a single item, task, or intention. The result is that the yogi becomes more effective and intentional both in their yoga practice and in their daily interactions.

Dhyana:
The seventh limb is dhyana, or more commonly known as meditation. In meditation, the yogi uses all the skills from the previous six limbs simultaneously. Unlike dharana, where the yogi is completely focused on one thing, in dhyana he yogi is focused on everything and nothing at once. Instead, they are completely empty and still. Thoughts flow through them without attachment.

Samadhi: The final, eight limb is Samadhi, or enlightenment. Within the Bhagavad Gita, Samadhi and raja yoga were used interchangeably. As such, it is arguable that there is no difference between the path and its destination: they are one. In Samadhi, the yogi is liberated, enlightened, and united with the Divine and all other beings. It is the ultimate state of oneness.

The Scholars Of Raja Yoga

Historically, there are some important yogis and scholars who helped develop raja yoga from its first iteration in the Bhagavad Gita and Upanishads. These yogis and scholars not only contributed to raja yoga’s early development, but also are responsible for bringing raja yoga to the West.

Patanjali: Patanjali is the earliest known scholar of raja yoga. It was he who developed the original “eight fold path” in his Yoga Sutras. With his teachings, he created the foundation of all modern raja yoga. However, there is contention on who Patanjali actually was. Some scholars believe that Patanjali was not an individual, but rather many yogis. The translations of Al Biruni contribute to this theory, as it is said Biruni could have been one of many “Patanjalis.” As the Yoga Sutras were believed to be originally written in 200AD, the truth of raja yoga’s original scholar may be lost to time.

Swami Vivekananda: The Swami Vivekananda is essential to the transfer of raja yoga to the West. In 1896, he published his book Raja Yoga, which was written for a Western audience as an explanation and guide to Patanjali’s raja yoga. It became incredibly popular and was a catalyst for yoga’s arrival in the West.

Sri K. Pattabhi Jois: Sri K. Pattabhi Jois is the most modern central figure in the scholars of raja yoga, being born in 1915 and living until 2009. He was a Sanskrit scholar and yoga teacher, who taught in Mysore, India, but frequently traveled to the United States and other Western countries to teach. Using the Yoga Sutras of Patanjali, he developed a physical practice of Ashtanga. In Sanskrit, Ashtanga translates to eight fold path. His Ashtanga series are strict and strenuous. They are now highly regarded as the physical manifestation of raja yoga’s asana practice.

The philosophy of raja yoga has been developed and built on for millennium. But what does a raja yoga practice actually look like?

The most recognized physical iteration of a raja yoga practice is, as mentioned, the Ashtanga style developed by Sri K. Pattabhi Jois. Ashtanga is a multi-series practice. Each series contains a set sequence of asanas. Each asana is matched to a breath count, and the series must be practiced in the same order every single time. If a yogi cannot master an asana in the series, they must stop the practice and only continue in the series once that asana is mastered. Most yogis practice the primary, and sometimes secondary series of Ashtanga. However, some advanced yogis have made it to the sixth, and final series. The only place a yogi can be trained to teach Ashtanga is at Jois’ original Ashtanga Institute in Mysore, India.

Apart from asana, the third limb of yoga which is often over emphasized in the West, another essential component of the raja yoga practice is raja yoga meditation. What is raja yoga meditation? It is similar to meditation in other styles of yoga, where the yogi may sit in lotus pose or another posture, close their eyes, and begin the inward journey of consciousness. To deeper understand raja yoga meditation, yogis can be guided by the teachings of dhyana, the seventh limb of yoga, in the Yoga Sutras. Ultimately, all other limbs of yoga are just methods of preparing the body for meditation. It is therefore the truest expression of raja yoga.

Raja yoga is a complex practice, and like many forms of yoga it has evolved over time. There are now many resources and texts, such as Patanjali’s Yoga Sutras, or Vivekananda’s Raja Yoga that can guide the yogi on their journey. On the other hand, the vast amount of texts and critiques on the raja yoga practice can make it confusing how to actually practice this limb of yoga. The yogi should remember that, in its most authentic form, yoga means union. Raja yoga reminds us that we are one with the Divine and all beings. In turn, this makes our spirit and the spirit of everyone around us truly royal.