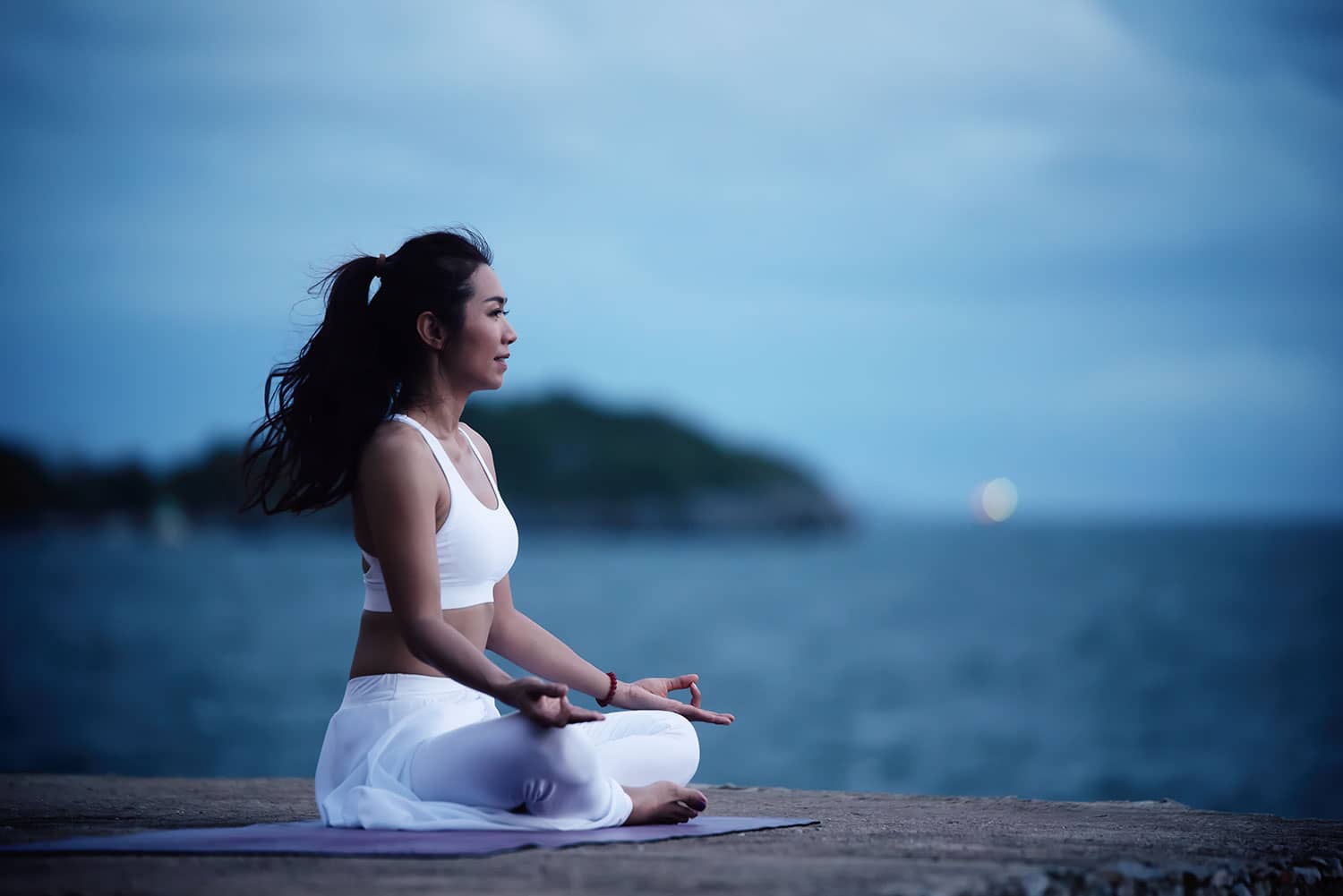 Intro to the Six Systems of Vedic Philosophy

It is a mantra for Shiva, one of the Trimurti – the three main male deities of the Hindu Pantheon. Shiva is the personification of Pure Consciousness and his role in the Trimurti is that of the destroyer.

This may be a mantra of just four lines but it’s significance and history is so powerful that anyone who uses the Maha Mrityunjaya Mantra will feel its immediate and long-term effects with regular practice.

You can hear mantras chanted almost everywhere in places like Rishikesh, Dharamsala, Nepal, Tibet, and other places that have a long lineage of sacred sound. The essence of what a mantra is can be taken from the literal translation of the word from its original Sanskrit.

A mantra is an instrument of the mind which helps you reach deep meditation. More specifically, mantras help you reach samadhi, the ultimate goal of yoga.

These days, mantras are any motivational phrase that are repeated often. But traditionally, they are the sacred language of Sanskrit. They are either chosen for very precise reasons or passed down directly from guru to student.

There are three elements to a sacred mantra.

Normally, a student practices with a mantra for months at a time for the sound to enter their subconscious. Only this way will the mantra’s powers manifest.

When mantras are chanted or spoken, the power in the vibration of the sound can direct the healing powers of prana – the life force energy that exists in everything.

The Trimurti and the Significance of Shiva

The Trimurti are made up of Brahma, the creator; Vishnu, the preserver; and Shiva, the destroyer. In this form, the three principal gods form a figure with their three faces.

Shiva is an enigma because, as the personification of Pure Consciousness, he existed even before the two others – including the creator deity, Brahma.

In both directions, the gods realized that the pillar was infinite. But not wanting to admit defeat, Brahma saw a ketaki flower drifting down. He asked the flower where it came from and it replied that it was placed as an offering at the top of the infinite pillar of fire.

Brahma schemed to take the ketaki flower as a witness that he reached the top of the pillar. Although Vishnu was ready to believe Brahma’s lie and bow to him as the superior deity, his falsehood angered Shiva. Shiva cursed Brahma so that even though he is the creator, no one would create temples for him or worship him.

Shiva as the First Yogi

As the Adiyogi, Shiva is the first yogi. The practice of yoga originated from Shiva and uniting with him as the universal consciousness is to rise above the endless cycle of samsara – the repetition of life, death, and rebirth – and to conquer death itself. He taught this practice to his first seven disciples 15 thousand years ago and it is from them that yoga today evolved.

Shiva has many other names and forms. A popular depiction of him is as the Nataraja, the cosmic dancer who brought the world into existence. But he also has his most fearsome form as Bhairava, who represents supreme reality and punishes sinners with annihilation.

To rise above the fear of death is one of the primary benefits of the Maha Mrityunjaya Mantra, which is about Lord Shiva in the form of the Tryambakam, the Three-eyed One.

History of the Markandeya Mantra

The story of how this mantra came to be is also linked to overcoming death. It is said that this mantra was given by Shiva to one of his most faithful devotees, Markandeya. Hence it is also called the Markandeya Mantra.

The story, as recorded in the Rigveda (Mandala 7, Hymn 59), says that Markandeya’s parents were blessed by Shiva because of their devotion.

Shiva asked them if they wanted a hundred foolish sons who would live forever, or one intelligent son who would only live until his 16th birthday.

The couple chose a single son who learned vedas and other sacred teachings easily.

But as the boy’s 16th birthday drew near, his father grew more and more somber. When Markandeya asked his father what was wrong, he said he and his mother could not bear to lose him.

At that moment, Markandeya decided to devote himself completely to Shiva in order to be saved from death.

He built a shrine to Shiva in the form of a Shiva-Lingam and sang mantras and bhajans to him day and night.

On the day of Markandeya’s 16th birthday, Yama, the lord of death, came to retrieve him. But he was stopped by Shiva himself.

Shiva kicked Yama away and declared that Markandeya would live forever as his boon for his devotion. Because of this, Markandeya no longer feared death and became a great Rishi in the service of Shiva.

The last line of the mantra, which says, “What can Death do to me?” reflects Markandeya overcoming Yama/death.

The Power of this Mantra

Devotees of Shiva and those who recite this mantra believe that it gives them multiple benefits. These include:

The name of this mantra translates as “The Great Victory over the Great Death.” Where death this mantra frees you from is spiritual rather than physical. The immortality that Shiva gave to Markandeya was extraordinary because in reality, all those who are born must die.

But when you surrender yourself completely to Shiva, just like Markandeya, you can also become a Mrityunjaya, or victorious over death.

Going back to the story of the Trimurti, the infinite pillar of fire that Shiva transformed himself into represents that Shiva, Pure Consciousness, is the only thing that remains at the beginning and end – even after death. So it is only through Shiva one can conquer death.

This mantra is used to help overcome the fear of death and the suffering it may cause.

This is the Maha Mrityunjaya Mantra transliteration with an equivalent translation into english:

We worship the three-eyed One, who is fragrant and who nourishes all.

Like the fruit falls off from the bondage of the stem, may we be liberated from death, from mortality.

Shiva, is called the Tryambakam, or Three-eyed One because of the third eye placed between his brows on his forehead. This is his spiritual eye and his ability to see beyond the world of maya, or illusion.

Many stories show that Shiva only opened his eyes in extreme circumstances to destroy evil.

Everyone has an Ajna Chakra, or third eye chakra. So you also have the ability, like Shiva, to see wisdom, burn away distractions and illusion, and reach enlightenment.

When and How to Use the Mantra

According to Patanjali’s Yoga Sutras, there are three ways a mantra can be used.

The first is when it is recited or sung together loudly in a group – this is called kirtan.

When a mantra is repeated silently or mentally to yourself, with or without the aid of mala beads, this is japa.

The third method of using mantra is chanting. This is when you recite the mantra out loud with a melody.

Ancient yogis believed that mantras alter your molecular structure to unite with the energy of the cosmos. When you use mantras during your postural yoga practice, you help to open energetic pathways in your body which connect you to the divine.

How to Maximize the Potential of Mantras

Some beliefs in mantra usage are very strict and traditional. To gain the most benefit out of practicing with a mantra, you can try these practices which have been observed by yogis to preserve their lineage and mantra tradition:

Ancient scriptures also recommend a three-step process of study, integration, and being if you want to fully leverage the power of a mantra-like the Markandeya Mantra.

Outside of India, Tibet, Nepal, or other similar cultures, mantras are thought of as simply repeated intentions or prayers. But in yogic practice, mantras are so much more than that. They are powerful sound vibrations that can connect you to prana and to the divine.

One of the most popular and most powerful mantras you can practice is the Maha Mrityunjaya Mantra. This mantra is practiced to rise above and even conquer their fear of death and end the cycle of rebirth through the blessing of Shiva.