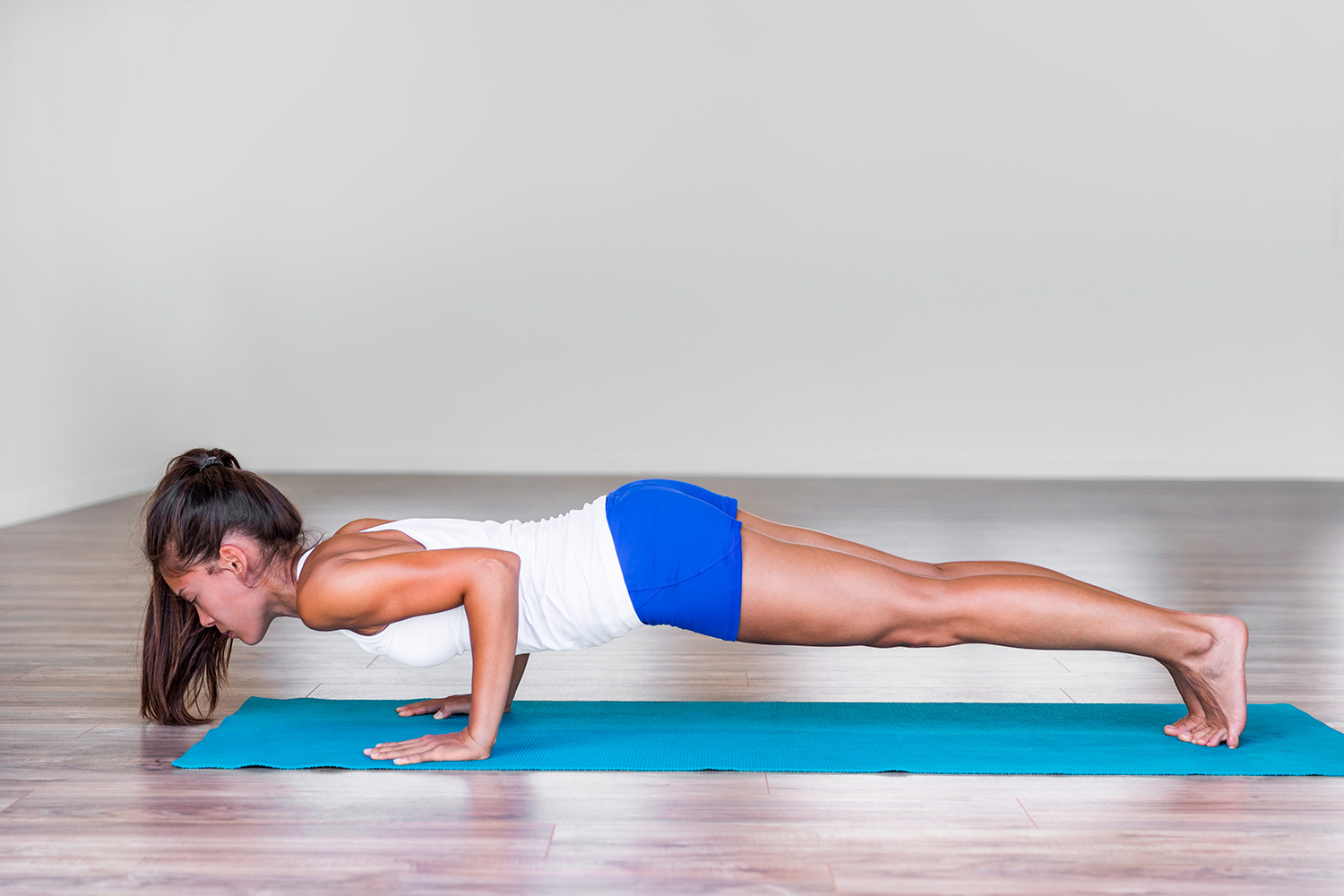 What is Karma Yoga?

Chaturanga Dandasana, sometimes called Low Plank, is one of the most common yoga poses we come into, and yet, it is also one of the most poorly understood. This is not because we don’t move through it enough; in fact, Chaturanga shows up on numerous occasions in every single flow class. However, our lack of focus on it and the speed at which we flow through it leaves us unable to grant it the attention it is due. When we embrace Chaturanga Dandasana with full presence of both mind and body, we come to realize that this pose has much more to offer than simply being a means of transition.

What Does Chaturanga Mean?

To understand how to do Chaturanga Dandasana, we can start by exploring what its name more accurately translates to. Though it is commonly called Low Plank, its name speaks to something more than this.

It is worthwhile to note this translation because it reminds us that Chaturanga Dandasana requires an engagement of the entire body; it a pose supported through all four limbs. The term danda, or “staff,” reminds us of the strength that this pose requires. When we rush through Chaturanga, the body often collapses, whereas this pose should be held as firmly as a yogi’s danda – a wooden stick that supports meditation and pranayama practices.

How to Do Chaturanga Dandasana

Chaturanga Dandasana is often moved through as part of a sequence, but we can perfect our alignment of the pose by practicing it as a stand-alone posture.

There are a variety of ways that Low Plank can be modified for extra ease. Consider the following techniques.

Once you have explored Low Plank as a pose on its own, practice finding the same focus and alignment when moving through it in sequence. The following is a simple sequence that is commonly found within traditional Sun Salutations.

When practicing Chaturanga Dandasana, it is important to note that there are a few contraindications associated with the pose. Refrain from practice during pregnancy or in cases of carpal tunnel, wrist injury, shoulder injury, or back injury. Other poses in the sequence have different contraindications so it is important to consult with a healthcare practitioner before beginning any new physical practice.

As Low Plank is a pose that engages the entire body, its benefits are widespread. Chaturanga works the muscles of the core and strengthens those in the arms, wrists, and shoulders. It also helps to engage and strengthen back muscles.

Chaturanga Dandasana is a great pose to prepare both body and mind for more advanced poses like inversions and for arm balances such as Scale Pose or Crow Pose. Arm balances require considerable core and arm strength as well as flexibility and strength in the wrists and shoulders.

On a cognitive level, Chaturanga helps to harness our focus and concentration. Once we start to practice this pose as a standalone asana we realize how much dedication and focus it requires. It calls upon our sense of inner strength and control as we carefully lower the body towards the earth.

As a component of Surya Namaskar, or Sun Salutations, Chaturanga’s meaning and potential benefit runs much deeper. What follows Chaturanga in sequence is either Upward Facing Dog or Cobra Pose. The energy of these chest openers is that of an openhearted surrender. Chaturanga then acts as a bridge between control and surrender – as a balancing point between holding our life and potential in our own hands and trusting the flow of the universe.

Above all, Chaturanga requires focus and intention. It engages the entire body – mind and spirit included – and asks us to move more deeply into our practice both physically and spiritually. By bringing mindful attention to Low Plank, this pose helps us to find the perfect balance between harnessing strength and surrendering to something greater than ourselves.

Surrender is the simple but profound wisdom of yielding to rather than opposing the ﬂow of life. Eckhart Tolle

We can deepen our practice by bringing mindfulness to this supposed duality that exists between control and letting go. As we allow the body and mind to transition effortlessly between one and the next, it becomes apparent that both are a part of the same great dance of life. Bringing this mindful attention to the practice of Chaturanga helps us to deepen our entire yogic practice, supporting us throughout life both on and off the mat.

How to Do Crow Pose (Kakasan...