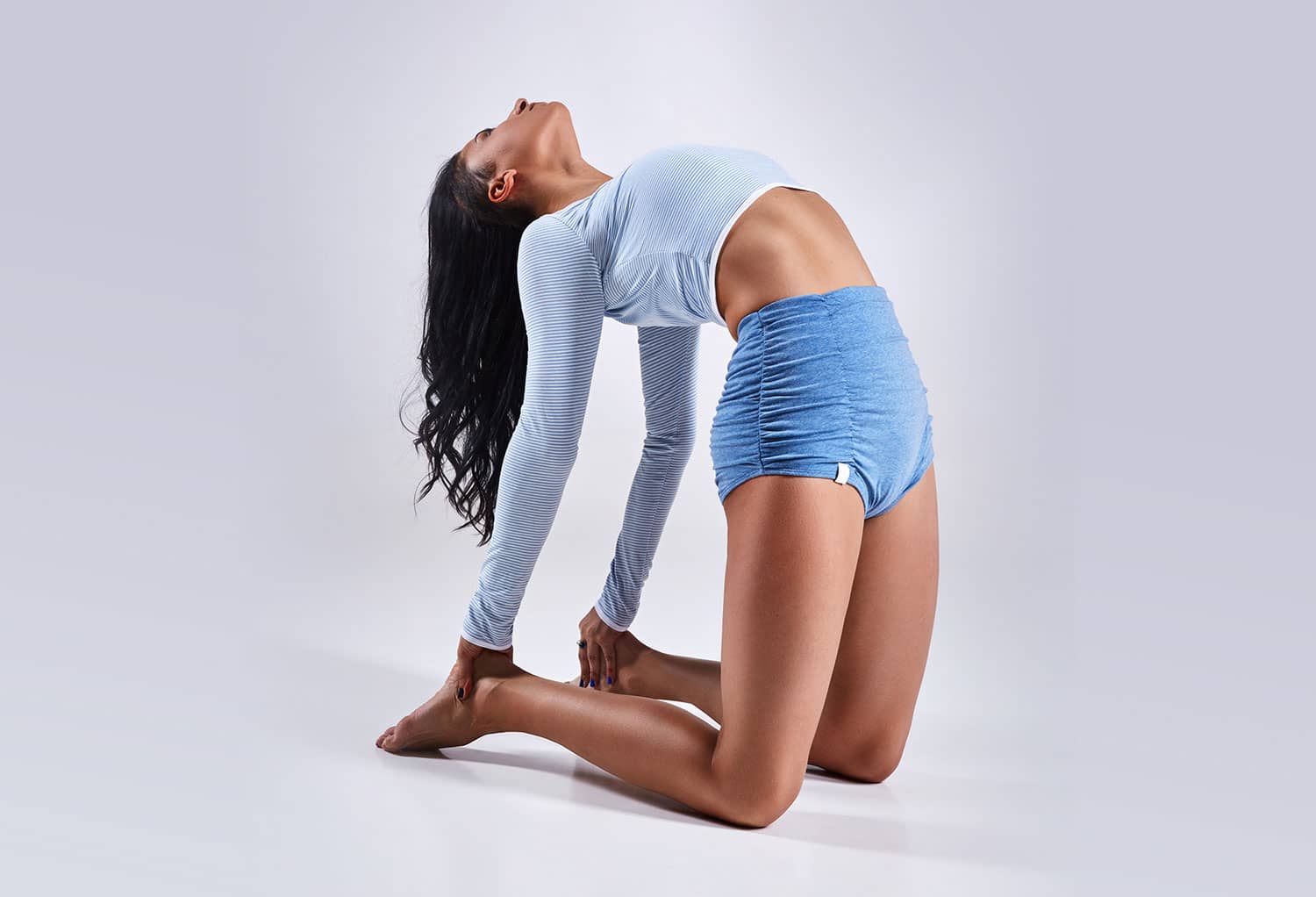 Discover the Nadis through these 10 Yoga Practices

There are many translations of the Sanskrit word, Anusara. It can mean flowing with grace, listening to your heart, or following your bliss. In Anusara Yoga, the word is translated as “opening to grace, aligning with the divine”.

Anusara Yoga was a fast-growing, wildly popular yoga style based on body alignment. It had a charismatic leader, John Friend. He had rock star-like status

There are many translations of the Sanskrit word, Anusara. It can mean flowing with grace, listening to your heart, or following your bliss. In Anusara Yoga, the word is translated as “opening to grace, aligning with the divine”.

Anusara Yoga was a fast-growing, wildly popular yoga style based on body alignment. It had a charismatic leader, John Friend. He had rock star-like status— booking festivals for thousands of dollars each, large endorsements, and a worldwide yoga tour. His Anusara teachers were featured in popular yoga magazines. He was in the process of planning on opening the Anusara Center.

Let’s cover the history, the methodology of Anusara Yoga, and the scandal that rocked the yoga world.

In 1959, the founder of Anusara Yoga, John Friend was born in Ohio. His father was a former sportscaster and marketing executive. His mother, a Juilliard graduate.

He began practicing Hatha yoga at the age of 13 after his corrective leg braces for his pigeon toes were no longer necessary. His mother first introduced him to yoga and since then, he has never stopped practicing.

She provided him with books about yogis. Friend stated, “I wanted to be a yogi because they knew the mysteries of life. They could dematerialize”. These books and visits to various churches regaling tales of miraculous transformations fostered an obsession with magic. He also played drums in a rock band!

He graduated from Texas A&M University in 1983 and worked as a financial analyst. Eventually, he left the corporate world to begin teaching yoga full time. He started traveling the country to attend yoga workshops.

In the 1980s, he studied and began teaching Iyengar Yoga. In the book Light on Yoga, the author, BKS Iyengar described his yoga: “The yoga I teach is purely Ashtanga yoga, known as the eight limbs of yoga. My pupils who follow me call it ‘Iyengar Yoga’ to distinguish it from the teachings of others.”

In 1989, Friend studied with Iyengar for a month in Pune, India. At that time, he was practicing for a minimum of three hours a day. He had impressive skills with confidence and vulnerability. He gave a performance on a wooden platform at the Siddha Yoga Ashram that concluded with a standing ovation from the hundreds of people present. He was a star!

Iyengar yoga offers a standardized worldwide system of instruction. Later, Friend became a member of the Iyengar Yoga governing board for 4 years.

In 1995, he fully realized the philosophical differences between himself and Iyengar. He stated, “Finally I realized that I was not fully aligned with Mr. Iyengar’s philosophy and method, so it was not dharmic of me to continue to use his name to describe my teaching style”.

In 1997, Friend founded Anusara in the Woodlands, north of Houston, TX. Anusara is based on the Tantra which means it focuses on intrinsic goodness and spiritual balance. This type of yoga targets alignment and heart openers. It also ties in aspects both spiritual and meditative.

Anusara Yoga quickly took off and John Friend became a celebrity of sorts. He even had his own assistant which is almost unheard of for a yoga teacher. He flew all over the world teaching yoga and workshops. He had his own tour called “Melt Your Heart, Blow Your Mind”.

He helped plan Wanderlust, a music and yoga festival, and created the Anusara Grand Gathering. Elana Maggal, the Yoga Journal conference director noted that John Friend taught the largest class ever at their annual conference. There were 800 people in one room and 200 more on the waiting list.

He was in the process of globally expanding Anusara, publishing his own book and another on the history of yoga. He had his own clothing line with Adidas and an endorsement deal with Manduka. He was planning on opening the Anusara Center complete with a soundstage, editing facilities, and retail boutique.

He hated the term “guru”, he preferred to call himself Anusara’s General Manager. Anusara, Inc. was bringing in around $2 million in revenue with Friend paying himself almost $100,000 each year.

So what is Anusara Yoga all about?

To give you an idea of the methodology of Anusara Yoga, let’s first start with the philosophy. It is as follows:

“Anusara Yoga is grounded in a non-dual Tantric philosophy that teaches us everything in this world is an embodiment of Supreme Consciousness, which at its essence pulsates with awareness and pure bliss. This philosophy is put into practice by always looking for the intrinsic goodness of every situation in order to appropriately respond to what is happening in the present moment”.

Each class starts with an inspirational heart theme. This helps students connect their physical practice with feelings of self-honor, devotion, and love. It also taps into feelings of safety and community. Friend says Anusara Yoga teachers should “lead the students to that magical place where everyone’s heart opens naturally and where everyone feels empowered and filled with self-love”.

Following the heart theme, the class can start with up to 3 oms and 3 chants of the Anusara Invocation.

The Invocation In Sanskrit:

Or translated into English:

I open my heart to the power of Grace

That lives in us as goodness

That never is absent and radiates peace

And lights the way to transformation

The practice itself is heavily focused on alignment. The practice grants individuality and creative freedom within a methodology called the “Universal Principles of Alignment”. The student will learn how to align the body while developing a clearer understanding of how the body works.

For each pose, the student will go through all 5 principles in order.

The Anusara method also focuses on seven pairs of energetic loops. These are located on the horizontal plane of the body and are secondary alignment guides. They help the body move into its most stable form. They are:

Each class focuses on using the “language of the heart”. The effective language contains linking commands, heart qualities, and action and feeling words.

The purpose of Anusara Yoga is to align with the Divine. This can be achieved with the 3 “A”s.

There are numerous benefits to practicing Anusara Yoga. It teaches you to see the intrinsic goodness not only in yourself but in others. You will become more supportive, less judgemental, and compassionate.

The Universal Principles of Alignment teaches the students to soften and to listen before taking action. They learn to tune into wisdom, build stamina, and to connect to the community.

To become an Anusara yoga teacher, you were required to complete at least 200 hours of workshop training, purchase the training manual and pass a 30-hour take-home test.

At the time, Anusara Yoga was one of the largest internationally known yoga programs. Its teachers were regularly featured in industry publications, including Yoga Journal. There was even a Law and Order episode that mentions Anusara Yoga.

John Friend was headlining yoga festivals including Wanderlust for $10k and signed to high-profile endorsement deals.

But in February of 2012, it all came to a screeching halt.

What is colloquially known as “Anusaragate”, an anonymous post on a now-defunct website, jfexposed.com, appeared consisting of many allegations including:

Soon after, John Friend announced a teaching hiatus to reevaluate his personal life and restructure the management of Anusara Yoga.

The Wiccan Coven founded by John Friend was named the Blazing Solar Flames. Its members were all women and employees of Anusara.

The first Wicca ritual took place in Montreal during a yoga workshop weekend hosted by Friend. It consisted of 2 women in sexy underwear, kissing, according to a former member of the coven.

An anonymous source reported to the Daily Beast a few of Friend’s rituals. They included nude massages, pubic hair on altars, blacklisting those who questioned him, and threatening demotion. It was also stated that he frequently rotated partners.

The website containing the allegations also had lewd photos of Friend and a married student, emails and letters to coven members, and a memo regarding the illegal freezing of pension funds.

He also confessed to smoking marijuana and cheating on a girlfriend. A senior Anusara instructor reported to the Washington Post that Friend acknowledged leading the all-female Wiccan coven and that they “sometimes took off all their clothes for gatherings”.

After the release, Friend penned an open letter to the community.

He claimed administrative error regarding the pension plan accusations. While he denied the coven, he did admit to involvement in “non-traditional spiritual groups” and “healing prayer circles”.

Friend retreated from the public eye. He released a statement saying he was seeking psychological help during his sabbatical “to allow for a period of deep self-reflection and healing” while taking “full responsibility for being out of integrity in intimate relationships”.

While not as popular as it once was, Anusara Yoga is still around. You can take classes and teacher trainings to become a certified instructor.

The Anusara School of Hatha Yoga was created in 2012 by a group of Anusara Yoga teachers. The school’s mission statement is “to provide the structure that promotes and sustains the growth of Anusara yoga’s philosophy and methodology”.

In 2017, it was registered as a non-profit organization. Friend is not on the current Board of Directors.

The school currently offers certified yoga teacher trainings, both 200 and 300 hours. They also offer the Anusara Bridge Program. This is for teachers who have already completed a 200-hour training elsewhere but want to complete the Anusara 300 hour training without having to first go through the Anusara 200 hour.

They also offer a continuing education program called Samudra Shakti Online. It takes place on the second Sunday of each month and features new topics with new teachers each time. They even have their own channel on YogaVibes.

John Friend is now located in Denver, CO. He launched a new form of yoga in September 2012, also based on alignment called Sridaiva. Sridaiva is Sanskrit for divine destiny. He paired with Desi Springer for what they call the Bowspring Method. This method focuses on no longer tucking the tailbone and lifting the glutes in yoga postures.

When reflecting on the journey of Anusara Yoga, Friend said, “All of it was gone. It was almost a near-death experience, and I finally woke up and realized I needed to be different.”

A Guide to Mula Bandha: Disc...

What is Panchakarma? Introdu...