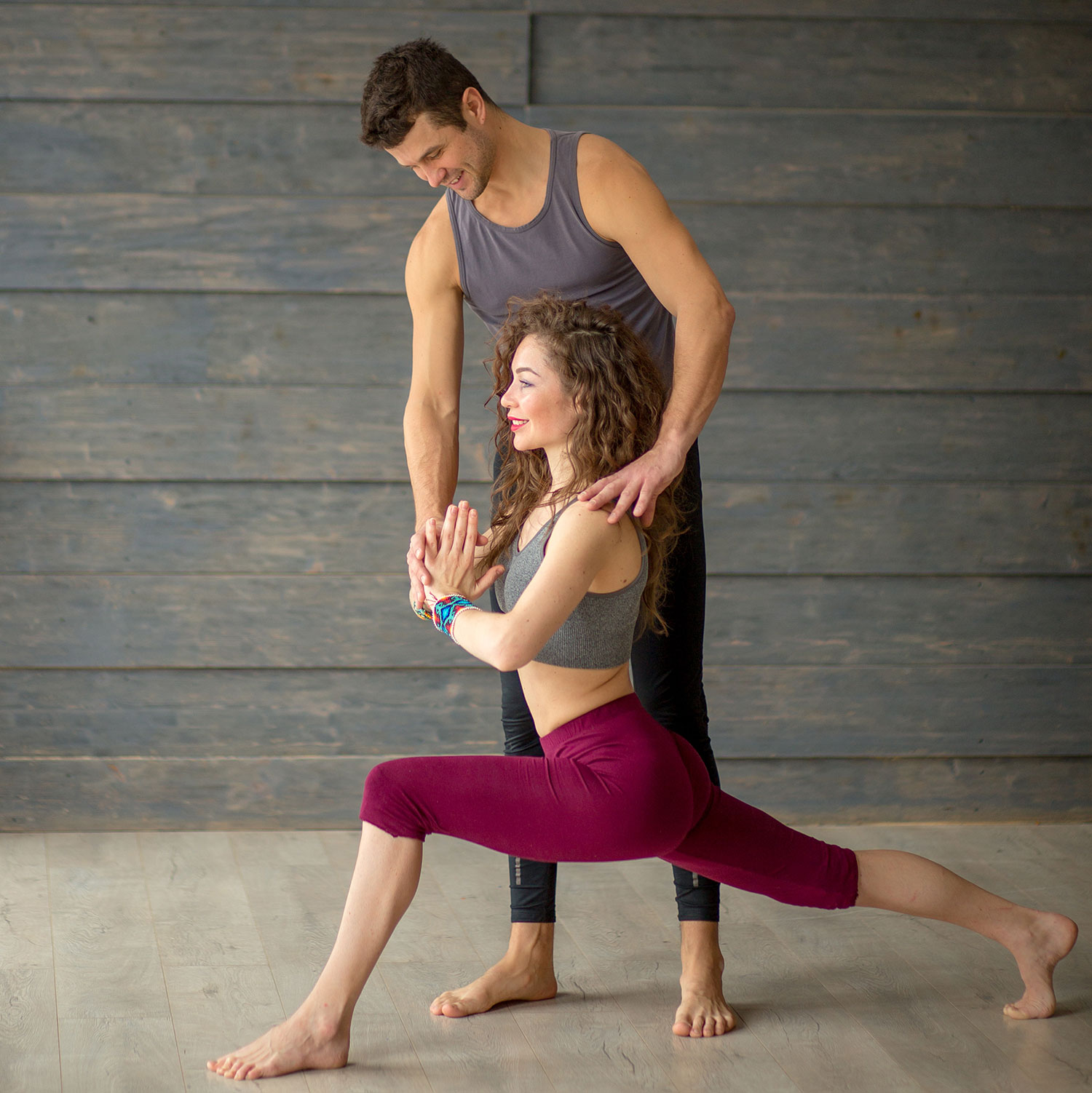 30 Mornings of Yoga – Create Your Own Online Yoga Chal...

They swiped right, you swiped right and it seems like a perfect match. Who wouldn’t want to date a yoga teacher? However, before setting up your first date be prepared for what you may be getting yourselves into. There are many different things about dating a yoga instructor that are not typically for more standard professions.

Things to know about dating a yoga instructor

They Use Weird Words

Yoga is an ancient practice that developed in India that frequently uses words from Sanskrit. It is also a lifestyle practice using comprised of more than just fitness but 8 facets that affect interpersonal communication, philosophy, health, and daily activities. Pair that with its sister science Ayurveda and other frequently paired modalities such as massage, Chinese medicine, and meditation techniques. When yoga teachers talk, they frequently refer to things like energy, doshas, yamas, niyamas and a bunch of weird words to describe things. Sometimes they can forget that these sciences are not common knowledge so if their lingo is confusing just ask for some translation.

They Have No Money

In a study conducted by Yoga Alliance and Yoga Journal, only 29% of teachers counted teaching yoga as their primary income. While there are some popular yoga instructors who are making big bucks, the average annual salary for a yoga teacher is only $37,900. While most yoga teachers primarily teach out of love for the community and the practice, it usually comes with a financial struggle. Often, they are commuting from one studio to the next just to make ends meet. However, it has been touted as one of the best jobs in America so hopefully, you have a happy and healthy companion!

They May Go Off For Days Or Weeks At Trainings

Teaching yoga starts with a mere 200 hours of training and once yoga instructors get started many feel adequately equipped to meet the needs of the different students that show up to class. Many, like most people in their careers, also want to be at the top of their game making continuing education a must. For many, it is a requirement to keep their designation with Yoga Alliance. Many trainings happen on weekends or immersion formats in different parts of the world for days or weeks at a time. So when your new squeeze says they are off to India for a training– they are not joking.

They Will Ask About Your Energy

Speaking of energy, they will frequently talk about not only their own but yours. Not just asking about the basic energy levels you have for the day such as low, medium or high but your subtle energies. Yogis are typically firm believes that both negative and positive energy gets trapped in the body so may frequently ask about yours.

Yoga is one of the few careers that allows its labor force to be completely comfortable, whether they are wearing stretch yoga pants, loose harem pants, basketball shorts, or t-shirts. They are definitely a comfortable crowd. Pair that with the fact that the athleisure clothing market is still rising, with yoga pants now outpacing denim. Between their career and society’s embrace of wearing yoga pants just about everywhere, it’s rare to find teachers in anything besides yoga pants.

Essential oils, incense, carrier oils, altars with flowers, herbs, and spices- these are all things that many yoga instructors are exposed to on a regular basis and practice with. It is not surprising then that they are keeping hoards of these things burning, diffusing, or simply sitting in cupboards releasing their aromatic smells making their dwelling smell like something. It may be hard to define but hang around long enough and you will begin to learn what is creating that particular scent. They may even rope you in to using them yourself and getting addicted.

They Have Different Habits

Juicing, mala beads, meditation, carrier oils, diffuser oils, journaling, coloring chakra books, vision boards– these are just a few of the habits that are frequently passed around and practiced around the yoga community. While this seems totally normal to yoga instructors it may seem completely weird to the average person. Rather than poking fun or dismissing what they are doing, most yoga teachers would love if you asked them about it or even offered to participate with them for some of these foreign habits to show your interest in their interests.

They Have Weird Schedules

Yoga classes often meet the demands of working individuals. Additionally, it is not common for a yoga instructor to have or even be able to teach 7 or 8 classes back to back in one location and make any decent money. So don’t be surprised if your new catch frequently cannot make evening dinners or Saturday morning brunches. Those are typically the busiest times for students to take classes and usually bigger money makers for instructors. They also spend a lot of time commuting between different locations so be prepared for erratic and crazy schedules. You might also have no clue where they are.

There Is Not A Standard Body Type

If you read an online dating profile and see yoga instructor as a job, don’t make the assumption that there is a standard body type. While magazines and social media frequently tout images of yoga instructors as being super thin and young – that is a serious misconception that is offensive to many yoga instructors. Yogis come in all shapes, sizes, genders, races, and ages. So don’t show up to your first date with any expectations based on the media.

They Are Socially Conscious

Yoga is such a powerful practice because it emphasizes how we are all connected to each other and the universe. Through movement, breathing, and meditation not only do yoga instructors tune in with themselves but their community at large. Do not be surprised if they are attached to causes and lifestyle habits such as vegetarianism, humane conditions for animals, reducing plastic, climate change, human rights, and anything on the spectrum that helps the people, plants, and animals around them. Be prepared for them to rope you in on them or cut you loose if you are not on board for making the world a better place.

They Are The Keepers Of Some Great Information

Yoga is an ancient system that helps with lifestyle balance and connecting with not only your true self but the rest of the universe. If that sounds too fluffy, the benefits of yoga include increased flexibility, better posture, increased strength, increased focus, and stress reduction. If you would like to learn more most will be happy to share yoga’s philosophy and practice with you.

They Are Not Always Nice And Calm

Perhaps it is their soothing voice, but there is a common misconception that once someone starts teaching yoga that they are always nice and calm. However, yoga teachers are just mere mortals. While hopefully they are still using the philosophy, particularly the yamas and niyamas, as well as the stress reduction benefits that come from pranayama and meditation– they are still practitioners themselves. Usually, yoga just helps them manage their emotional issues a little better than before. So just like we would not expect a nice customer service person to always be nice once they are not get paid, the same goes for a yoga teacher.

They Don’t Want You To Come Back To Their Class Or Studio If You Break Up….But Keep Going To Yoga Somewhere.

It is not a huge secret that some instructors have dated their students, though it is a hot topic for debate in the yoga industry. Even if you didn’t meet them in class, they will probably drag you to class at some point. The benefits of yoga are amazing and while they may be your favorite teacher, if you break up, you may not be their favorite person anymore. So if you decide to call it quits, make it a little easier on them and their employer to find a new teacher to continue your yoga practice with……preferably a few miles away from where they teach.

In addition to the strange smells in their house or apartment, they may also have strange things such as altars, statues, unique artwork, singing bowls, even a completely empty room to practice in. Many of these different household items were picked up along their way on their journey. Some may be used to practice with while others may have just been something they picked up for fun along the way. To show your interest in them, ask them about where the objects came from and about the story behind it.

While yoga teacher may have some strange quirks, they study being compassionate, kind, and at ease. While it may or may not work out, they are definitely a unique person to date.