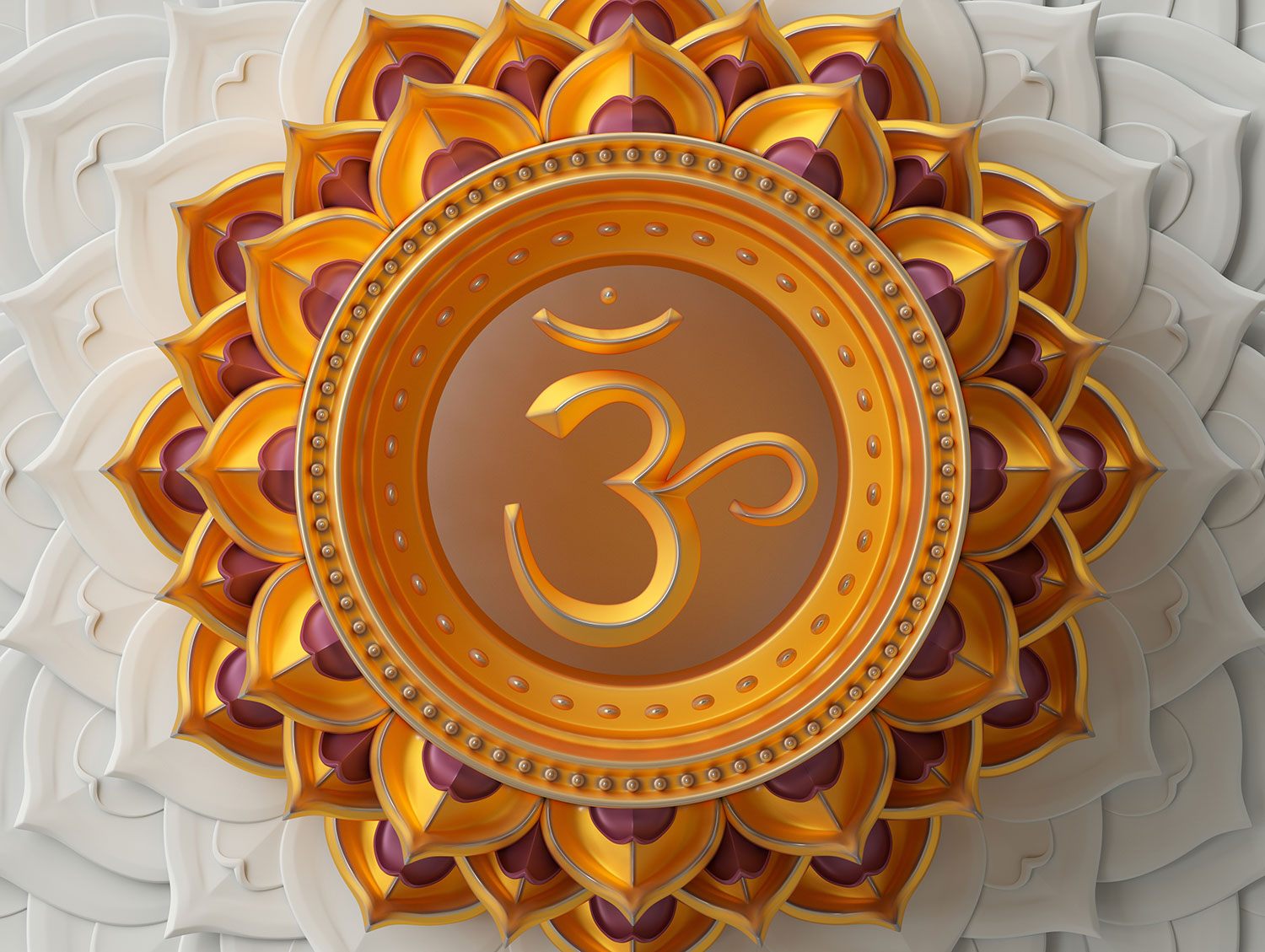 What is a Yoga Swing? Benefits and 12 Poses to Try

Yoga symbols come in many forms: an image, a physical object, a sound, or a hand gesture. The next time you’re at a yoga studio or taking a class online, look around. Most likely, you’ll see several of these symbols: on yoga mats, yoga clothes, on the studio walls. You can even find them in the yoga poses.

Yoga originated in ancient India and incorporates elements of Hinduism and Buddhism. Several yoga symbols are sacred in these religions. Take the time to learn more about them so you can honor their religious significance.

Uncovering the deeper meaning of yoga symbols will deepen your practice. This guide defines seven of the most common yoga symbols. It also shows a variety of ways you can incorporate them into your yoga practice. Read about the symbols and see which ones speak to you.

Yoga is both a physical and spiritual practice. Bring these symbols onto your mat to enhance your practice on both levels.

Native to Southeast Asia, the lotus flower grows in the muddy waters of floodplains and slow-moving rivers. Pink and white lotuses bloom on the water’s surface while their roots reach deep into the mud below. The lotus symbolizes divine birth and resurrection and is a sacred symbol in Hinduism and Buddhism.

The lotus is found in many places throughout yoga. It’s a common name or logo for yoga studios and standard design for yoga mats and apparel. In the physical practice, there is a lotus pose and a lotus mudra. Lotus pose is a familiar seated meditation pose: to do this pose, sit cross-legged and rest each foot on the opposite thigh.

Lotus mudra is a hand position that resembles an actual lotus flower. Place your palms together at the heart center. Keep your thumbs and pinkies touching and separate your other fingers, so your hand resembles a lotus’s petals. This mudra invites love and beauty to emerge from your inner self.

Chakras are energy centers stacked along the midline of our bodies. Each of the seven chakras is symbolized by a lotus with a certain number of petals. The number of petals relates to the chakra’s qualities. For example, the heart chakra’s symbol is a lotus with 12 petals. Each petal stands for one of the heart’s 12 divine qualities. A 1,000-petaled lotus represents the crown chakra–oneness with the source of infinite creation.

The lotus grows in muddy water and blooms as a pure, beautiful flower. Like the lotus, you can make it through murky and challenging situations and emerge reborn.

Yoga teachers often open and close their classes with the sound om. Try saying it aloud–the sound of om is the combination of the letters a, u, and m. Exhale from your belly and let the sound carry.

In Hindu culture, the sound is said to contain the entire universe. It unites all the words and sounds in the human language, and chanting om can be a powerful experience.

It can feel intimidating or even a little silly to say om in front of other people. Be confident in your voice and let the sound connect you with others.

Scientific studies have shown that chanting om can have a relaxing effect. The sounds and vibrations created by the chant calm the nervous system and the part of the brain associated with memories and arousal.

The left portion of the symbol is made of two curves, similar to the number 3. The top curve is the deep sleep or unconscious state. The bottom curve symbolizes the waking state of consciousness and is the larger of the two. Humans are more aware of the waking state, which is why the bottom curve is larger. The symbol to the right of these curves represents the dream state.

You may have heard of chakras before, particularly the heart chakra or the third-eye chakra. Chakras are the body’s seven energy centers, which are located along the spine from the pelvis to the top of the head. The word chakra means “wheel” in Sanskrit and was first recorded between 1500 and 500 BC.

Chakras are a fascinating and complex subject. Each chakra is associated with a part of the body and has its own color, symbol, and meaning. Starting at the base of the spine, they are:

In everyone’s body, each chakra is either open or blocked. Pay attention to your body and mind to understand your chakras. When all of the chakras are open and aligned, healing energy can flow between them, bringing peace and harmony.

Yogic practices can help balance the chakras. Meditation, visualization, and sound healing can clear the energy blockages disrupting your chakras. Specific yoga poses and mudras activate each chakra and restore the flow of energy.

Mudras are yoga poses for the hands. Using a mudra during yoga or meditation allows you to look inward and channel your body’s energy flow in a certain way. One of the simplest mudras is the placement of your hands on your thighs in a cross-legged pose. Palms can face up if you need energy, or they can face down for grounding.

Gyan mudra is common and easily recognizable. The thumb and forefinger tips are connected, and the remaining fingers are straight–similar to the “ok” hand gesture. Using this mudra while meditating can improve your concentration. Gyan mudra can help clear your mind when you are seeking insight and knowledge.

Mudras can also bring strength and courage. Named for the Hindu god Ganesh, Ganesha mudra is used when dealing with hard times or obstacles. Hold your left hand in front of your chest with the thumb pointing down and the right hand with the thumb pointing up. Clasp hands and pull gently. In addition to the spiritual benefits, this mudra relieves muscle tension in the chest.

Open your heart with the hridaya mudra. This mudra provides relief during emotionally challenging times. Place the tip of your index finger on the base of your thumb. Bring the tips of your thumb, middle finger, and ring finger to touch. Keep your pinky finger straight. To meditate, rest your hands on your knees. Hridaya mudra rejuvenates your heart and releases pent-up feelings.

There are more than 100 mudras, each with its own symbolism and benefits. Listen to your body and mind to see what they need. Use mudras to focus your energy while meditating or doing breathwork. Find a mudra to channel your energy and open any blocked chakras.

Buddha is the founder of the Buddhist religion and lived in ancient India from 563 to 493 BC. He practiced yogic philosophies which led to his enlightenment. There are many similarities between Buddhism and yogic teachings. Pictures and statues of Buddha are often displayed in yoga studios.

Compassion is at the heart of both yoga and Buddhism. Being compassionate to others will bring good karma and protect you from being harmed. True compassion is to see yourself in others on such a deep level that the separation between self and others disappears.

Freedom from suffering is another concept shared between yoga and Buddhism. Both acknowledge that suffering exists and that compassion sets us free from it. As a way to end suffering, Buddha practiced compassion, non-judgment, patience, and charity.

Let the symbol of Buddha be a reminder to practice the three tenants of Buddhism: non-ignorance, non-hatred, and non-anger.

Mandalas are intricate, symmetrical designs seen throughout yoga, Hinduism, and Buddhism. In modern Indian culture, mandalas are drawn to honor the goddess Lakshmi during the Diwali festival. They are geometric and often feature designs of flowers, circles, stars, squares, and triangles. Mandalas represent wholeness, unity, and harmony.

The shapes and colors of mandalas have their own symbolic meanings. Squares represent stability and grounding, and stars represent spirituality and freedom. Triangles pointed upwards, towards the heavens, symbolize universal aspirations. Downward pointed triangles represent the opposite–earthly aspirations.

Mandalas are used as a tool in visual meditation. Concentrating on the mandala’s design shuts out the outside world and gives the mind something to focus on. Meditating with a mandala can bring you to a state of contemplation or inner peace.

There is also a style of yoga based on the mandala. A mandala yoga flow moves the body in a circle around the mat. You’ll face each direction–front, side, back, side–as you move through the poses. Mandala yoga requires intense concentration. To get the most benefits from mandala yoga, all your mind to tune out everything else and focus on the physical poses.

Deeper meanings and symbolism are hidden among mala beads. The number 108 is special and used for a purpose. The 1 represents the universe or higher power; 0 represents spiritual humility; the 8 signifies infinity. Many other religions and cultures recognize 108 as symbolic, as it appears in nature and ancient architecture.

Mala beads are made out of many types of stone or wood. Each stone symbolizes different qualities. For example, amber represents healing; lapis lazuli represents inner awareness; rose quartz represents harmony and love. If you are trying to cultivate certain feelings, choose mala beads that characterize them.

Sometimes mala beads are worn as a fashion statement. It is important to remember and respect their proper use for prayer and meditation.

To meditate with mala beads, hold the strand in your right hand. Drape the beads between your index and middle fingers. Start at the guru bead and count each smaller bead. Pull the small beads towards you as you count and recite a mantra at each bead if you wish. Stop when you get back to the guru bead, or go around the circle in the opposite direction.

Now that you understand the common yoga symbols find a way to bring them into your practice. Focus your mind during meditation by using mala beads or looking at a mandala. Start and finish your meditation by chanting om.

If you are feeling stuck, learn more about the chakras. There are easy steps you can take to unblock them. Channel your body’s energy flow by using mudras. Appreciate the beauty and symbolic strength of the lotus. The more you know about the yoga symbols, the more benefits you will experience.

Explore the common yoga symbols and try them out for yourself. Leave a message in the comments section about which symbol means the most to you!

Heart Chakra: Everything You...

Guide to the Three Gunas: Yo...