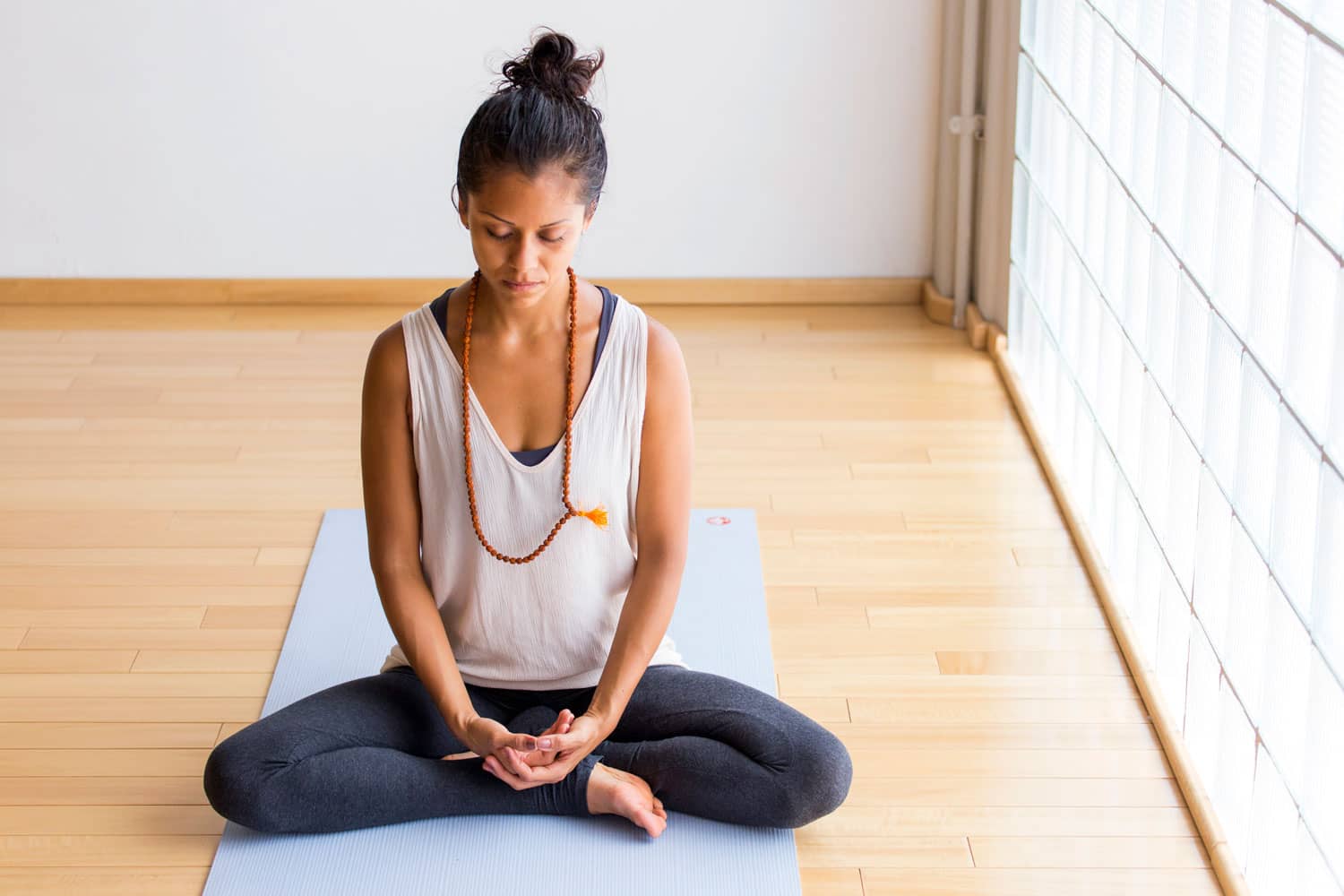 Someone has most likely asked you what your mantra is or you’ve claimed a saying as your mantra with no real thought behind what that means exactly. But, mantras are powerful and ancient. After all, mantras can be a word, sound, syllable, or a phrase that is repeated over and over during meditations, yoga, and spiritual practices of Buddhism, Hinduism, and Jainism.

Om chanting may seem a little intimidating to beginners and you feel pressured to or you want to get it down just right, right? This ultimate guide to om chanting for beginners should definitely help you feel more confident and get you on the right track to feel like a master of Om.

Why Do We Take Part in Om Chanting?

While Om Chanting has been around for a very long time, perhaps there hasn’t been a better time to practice and perfect it. As we live in a world that is constantly moving, shifting, pulsating, and vibrating, we never really stop and stand still. In fact, nothing ever really stands still. We’re always moving to the next thing or thinking about a million things at once.

The sound Om, when chanted, vibrates at the frequency of 432 Hz. This is the same vibrational frequency found throughout everything in nature. If you really stop and think about that for a second – that’s pretty amazing. Everything is connected and even human beings can literally channel nature through us.

By chanting what is the basic sound of the universe, we are symbolically and physically acknowledging, accepting, and respecting our connection to nature and all other earthlings.

While, there is of course this metaphysical connection, there are physical benefits and reasons to take part in Om chanting as well. The act of chanting can relax the body. It does this by slowing down the nervous system and calming the mind. By doing this, chanting lowers the blood pressure in the body and increases the health of the heart.

Additionally, Om chanting is a way to open and close practice but also a way to separate it from the rest of our day and designate it as a special time in which we put ourselves first and practice that fine art of mindfulness and self care.

Ultimately, the main reason we chant Om is to connect ourselves to our yoga practice in a much deeper way, but through doing that, we connect to ourselves, to those around us, and to nature on a much deeper level as well. This leads to creating a spiritual bond to the practice that is more than just the physical asanas and the movement from one pose to the next.

What Exactly is “Om” and Om Chanting?

“Om” is thought or said to be the primordial sound born with the universe. When we exhale and create the sound of om, the vibration that occurs links us to the original source of creation. For such a “tiny” sound, Om packs quite the punch and is actually quite deep and complex with a lot of history, a lot of technique, and a least a fair bit of practice.

Om is a mantra that is traditionally chanted at the beginning and/or end of a yoga session. With its roots originating in Hinduism, it is both a sound and a symbol that is full of meaning and depth.

When done correctly, this sound reverberates upward from the pelvic floor and through the crown of the head. This movement of sound and vibration fills the body with a pulsating energy that both empowers and radiates tranquility simultaneously.

How To Step by Step: Om Chanting

Calibrating Om takes practice much like any other aspect of yoga. This fine-tuning requires finding the balance and alignment until it feels correct.

Om is actually more than just o-m. Syllable by syllable, it actually breaks down to a-ā-u-ū-m-(ng)-(silence). And, when pronounced correctly, it sounds more like “AUM” than “OM.” Symbolically, the three letters (AUM) embody the divine energy of Shakti. The three main characteristics of this divine energy are 1) creation, 2) preservation, and 3) liberation.

To sound the first two syllables (a-ā), start by opening the mouth very wide as if you want to pull in the entire universe inside your body through your mouth. This is pronounced as a prolonged “awe” sound and it starts at the back of your throat and is stretched out. As you make this sound, you will start feeling your solar plexus and chest vibrating. This is often referred to as just one syllable as well.

The next two syllables (u-ū) are aided along by pursing the lips together which helps stretch them out. This section is pronounced as a prologined “oo” sound. As the sound gradually rolls forward along your upper palate, the vibration from your chest will move into your throat.

Again, this is often referred to as one syllable as well.

And, finally, by placing the tip of your tongue on the roof of your mouth, you can sound out the last two syllables – m-(ng). This portion is pronounced as a prolonged “mmmm” sound. Your front teeth will gently touch one another and you will feel the top of your mouth begin to vibrate. These two syllables symbolize the close of the creation cycle.

And, again, this can be referred to as one syllable.

Afterwards, relax as you let the silence take over completely. It is important to note that the silence “syllable” is part of the Om. This deep silence merges from the chant of the M.

Once you have relished in the silence, take another deep inhale.

Respecting Those Who Practice Om Chanting

If you don’t feel comfortable chanting Om or it is not part of your practice, that’s okay. If the instructor invites the class to take part in Om chanting, you can simply meditate in silence while the rest of the class moves through the vibrations and Om chanting.

Another aspect to consider in respect of others is to not enter or leave the room during chanting. So if you need to leave early, make sure to do it beforehand or wait until it’s over. Same if you’re arriving late – just wait until the Om chanting portion is over. Om chanting is a very sacred practice for many and it is an act of mindfulness and respect to be aware of others in the class even if it is not part of your practice.

With Om, several other phrases have become widely known and associated with chanting and sound meditation. Om is also often considered the mother of the “seed” mantras which are short, potent sounds that correlate to each chakra and fuel longer chants as you’ll see below. The following are just a few related Om chanting mantras.

Om Mani Padme Hum (“Hail the jewel in the lotus”)

This chant is also referred to as the “Compassion Buddha mantra” and is said to focus on the belief that we are all capable of transforming ourselves. Think of “Om” has everything around us, “Mani” as the action of enlightenment, and “Hum” represents what can’t be broken apart. This mantra is used all over the world.

This mantra is typically interpreted as “I honor the divinity within myself” and is meant to open you to new knowledge and healing.

This mantra is often used to open and close yoga sessions or in passive meditation.

Hopefully this ultimate guide on Om chanting has you feeling more confident and comfortable and ready to to take part in your next class or solitary practice.

Tips on Taking a Vow of Sile...